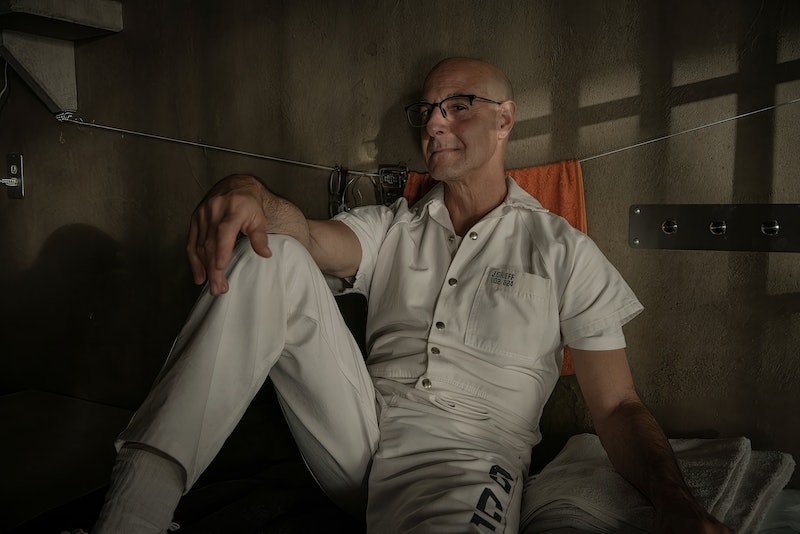 With just four episodes, BBC’s Inside Man may be short, but it’s full of drama. Starring a stellar cast including David Tennant, Stanley Tucci, Lydia West, and Dolly Wells, Inside Man has thoroughly gripped viewers. Inspired by Sherlock Holmes in a rather unexpected way, the show is a unique take on a classic detective story. But instead of a whodunit, the show is about who will do it, or whether they already have. Obviously, viewers have been left wanting to know whether or not Inside Man return for season 2. Here’s what we know so far.

In short, there’s no concrete answer – yet. I have reached out to the BBC for further comment though, and will update this page as soon as I hear back. If that season finale is anything to go by, there’s plenty of room for the series to expand beyond just four episodes.

Show creator Steve Moffat seems to agree, too. Speaking to Radio Times, Moffat said he wouldn’t rule out a spin-off or sequel just yet. “The story will end in four episodes. It's done by the end of that,” he explained. “As to whether or not you could ever spin off anything or do any kind of sequel? I don't know at this moment.” Fingers crossed for the return of Stanley Tucci's "death row detective," then.

"It's not really up to me,” he added. “And it's not up to the broadcasters – it's up to the audience really, isn't it? And if anyone wanted it, you have to sit down and think, 'Is there anything to do?' Television is littered with shows that had one season and pretended they could carry on – I would never want to be one of those, where you're so excited to get a phone call about doing another run that you do it and then realise, actually, the story is finished."

If there were to be a second season, Cosmopolitan reckons it would be released sometime in late 2023, though this is unconfirmed as of yet. That’s a pretty long wait, but fans of the show can listen to the accompanying two-part podcast in between rewatches. Hosted by Moffat and Wells, Obsessed With… Inside Man takes listeners in a behind-the-scenes tour of the show, sharing tales of filming shenanigans and plot theories. “Between us we have plenty of behind-the-scenes info to share, and rest-assured – what we can’t remember, we are more than prepared to make up,” Moffat said.

More like this
Kate Winslet Spoke Candidly About Filming A TV Series With Her Daughter
By Sabah Hussain and Sam Ramsden
'Bridgerton' Fans Will Love ITV’s 'The Confessions of Frannie Langton'
By Maxine Harrison
Our First Look At 'Vardy V Rooney: A Courtroom Drama' Doesn’t Disappoint
By Bustle UK
Ciarán Griffiths Is Making His 'Corrie' Comeback
By Catharina Cheung
Get The Very Best Of Bustle/UK