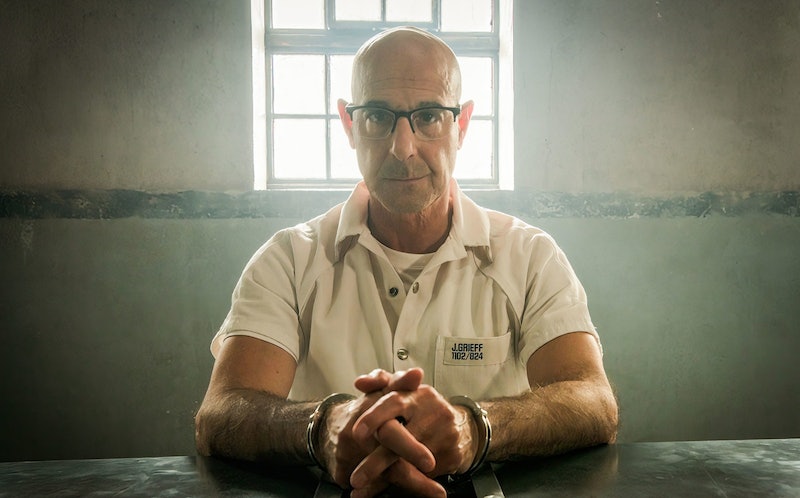 Emmy and BAFTA-winning television writer Steven Moffat sure does love his witty detectives. Along with Mark Gatiss, Moffat had co-created and co-written four seasons of the BBC series Sherlock back in 2009 which, of course, had gone on to become highly acclaimed with a global viewership. The screenwriter has now returned to bless our screens again with the new BBC crime drama Inside Man, which debuted on Sept. 26. While its multilayered storylines are reeling in viewers, we’ve found ourselves wondering if Inside Man is based on a true story.

The answer is: not really. Moffat had written the script as an original work for the BBC. As he explained to Radio Times, “Pretty much ever since Doyle invented Sherlock Holmes, there has been no other kind of detective — they’re all rip-offs of Sherlock Holmes.” So this time, the writer has chosen to turn the usual detective trope on its head by specifically creating a detective that hasn’t been done before. Instead of Benedict Cumberbatch swishing around London crime scenes in a long coat, the lead character of Inside Man solves crimes while serving time in a prison, which Moffat felt offered a different perspective to most TV detectives.

Inside Man follows Jefferson Grieff, a prisoner on death row in the American penal system, played by Stanley Tucci, whose story becomes entangled with Harry Watling, a small-town local vicar played by David Tennant; an investigative journalist (It’s A Sin’s Lydia West), and a maths tutor trapped in a cellar (The Pursuit of Love’s Dolly Wells). If putting the show this way makes it sound slightly bonkers, that’s because it kind of is.

“We could all potentially kill somebody,” Tucci told The Guardian about his character. “You can’t play him as a moustache-twirling villain with strange eccentricities or a funny voice… That, to me, is what makes it interesting. The more normal he is, the creepier it is.”

Meanwhile, Moffat told Radio Times of Grieff’s worldview: “His particular area of insight is he knows that anyone can [commit murder]... He does believe that every human being is absolutely capable of the abominable — the advantage of the loss of everything he valued from his life, is that he has the insight that strips away all the lies that sustain our illusion of security.” With this kind of stark character, it may actually be better that Inside Man is purely fictional, after all.

This drama isn’t the first time that Moffat and Tennant have worked together. Moffatt was the writer of Doctor Who during Tennant’s time as the Time Lord. In an interesting twist of fate, Moffat’s own son Louis is also starring in Inside Man. He portrays Tennant’s on-screen son, Ben.

Inside Man airs on Mondays and Tuesday evenings at 9 p.m. on BBC One, with the finale of the four-part series ending on Tuesday, Oct. 4.

More like this
'Bridgerton' Fans Will Love ITV’s 'The Confessions of Frannie Langton'
By Maxine Harrison
Kate Winslet Spoke Candidly About Filming A TV Series With Her Daughter
By Sabah Hussain and Sam Ramsden
Our First Look At 'Vardy V Rooney: A Courtroom Drama' Doesn’t Disappoint
By Bustle UK
Ciarán Griffiths Is Making His 'Corrie' Comeback
By Catharina Cheung
Get The Very Best Of Bustle/UK