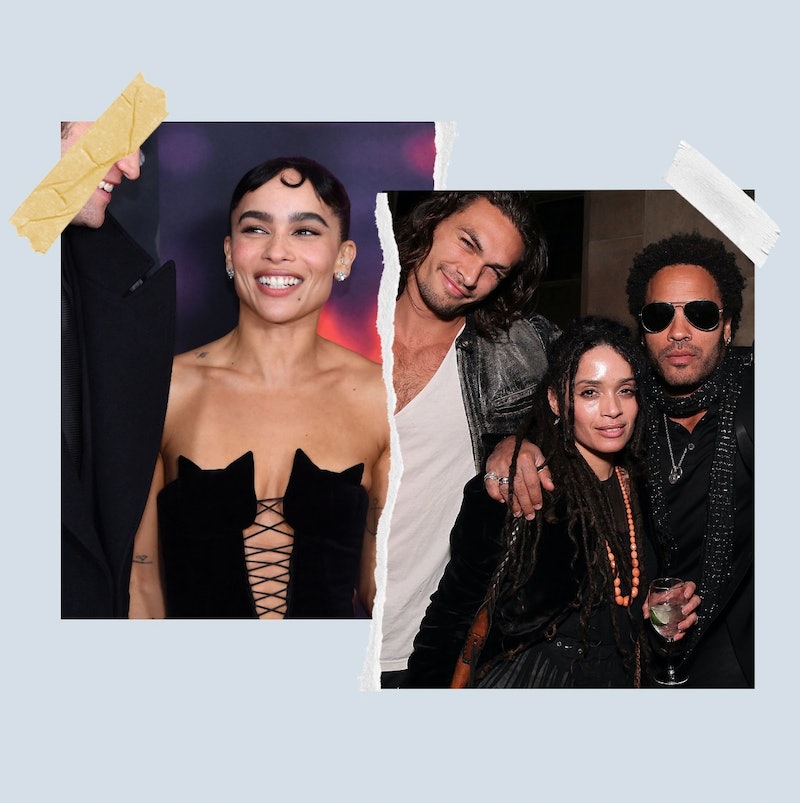 Zoë Kravitz made her Saturday Night Live hosting debut on March 12, and her dad Lenny Kravitz and stepdad Jason Momoa couldn’t be more proud. The 33-year-old Catwoman — who has already earned support from fellow Catwoman stars Halle Berry & Michelle Pfeiffer for her performance in 2022’s The Batman — received more praise, this time from family for her performance on SNL.

“To see you shine in the same building where your grandparents met and worked was surreal,” Lenny, 57, wrote on Instagram. “You were perfection. I love you endlessly.” His post featured two photos of him and his daughter behind the scenes of the NBC show. His parents, Sy Kravitz and Roxie Roker, met at 30 Rockefeller Plaza, when Sy was an assignment editor at NBC News and Roxie, who played Helen Willis in The Jeffersons, was a secretary.

Jason Momoa commented on the post: “So stoked for you. what an amazing moment. love u both ❤️❤️.” The Aquaman star also shared his own tribute to his stepdaughter. “♥️♥️♥️ I am so proud of you! You killed it! Aloha p bear,” the 42-year-old actor wrote.

This isn’t the first time Zoë’s favorite men have celebrated her this year. Lenny posted a photo of his daughter in her black catsuit and short hair. “Congratulations, my love, on this iconic moment,” he captioned the post from March. 2. “I am so proud of you. #TheBatman”

Lenny co-parents Zoë with his ex-wife Lisa Bonnet, whom he married in 1987 and divorced in 1993. Meanwhile, Bonet and Momoa started dating in 2005, married in 2017, and separated earlier this year after more than 16 years together. Momoa and Bonet share two kids.

Still, Momoa attended The Batman premiere in New York City on March 1. “He loves Zoë and always has. That hasn't changed, an insider told People. “He believes in family. He’s always said that, and him going [to the premiere] is to show support for the family.” The Dune actor even posted on Instagram with Zoë’s boyfriend, Channing Tatum. “CHEEEEHUUUUUUUU. SO EXCITED @channingtatum and I are on our way to see our ZOZO. finally @thebatman premiere,” he wrote. “i’m so beyond proud of you @zoeisabellakravitz all my aloha to @adamweitsman and @daveophilly for making this happen at the last minute. mahalo @wbpictures for the invite. we are very grateful. ALOHA J and C.”

Tatum and Zoë sparked dating rumors in January 2021, after Kravitz finalized her divorce with Karl Glusman, and Tatum and Jenna Dewan ended their marriage. Though nothing was confirmed at the time, the two were spotted biking around and sharing ice cream in New York City on separate days in August. The two attended the Met Gala in September, and though they walked the red carpet separately, they were photographed leaving together. Most recently, in a cover story for Elle in February, Zoë coyly revealed she was “happy” when asked about paparazzi photos of her and her Pussy Island co-star holding hands.