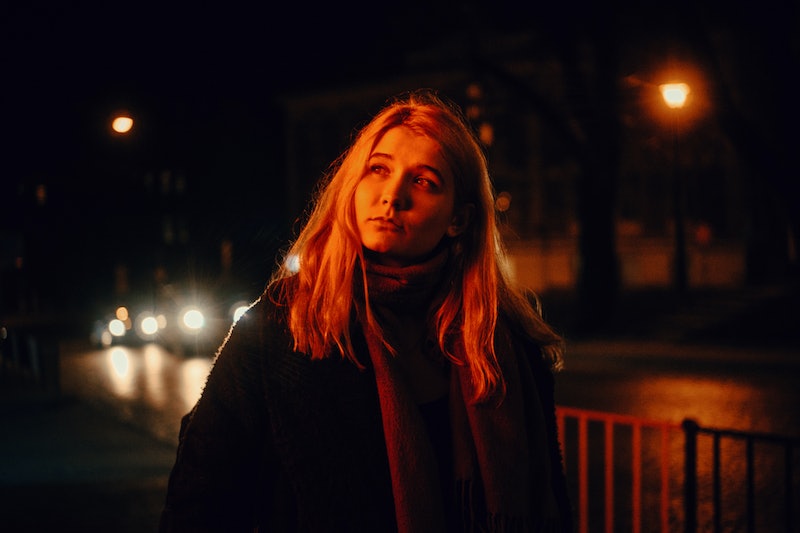 It’s spooky season, and a lot of intensity is happening in the cosmos. As above, so below, right? October is jam-packed with astrological action, but the week leading up to Halloween promises a particularly potent blend of cosmic tricks and treats. With two major planets transitioning into new signs, Mars kicking off its biennial retrograde, and a powerful lunar moment in the current eclipse season on All Hallow’s Eve, the astrology of Halloween 2022 is guaranteed to be spooktacular.

During the week leading up to All Hallow’s Eve, we’ll have nonstop cosmic action to keep up with — including a portal between eclipses and the kick-off to the rarest planetary retrograde of them all. However, the energy at this time of year is always powerful. Halloween actually falls on a cross-quarter day, meaning it’s right around the midpoint between the autumn equinox and the winter solstice. In Pagan traditions, it shares a date with the holiday known as Samhain, which is known as the “Witches’ New Year.” Traditionally, it's believed that the “veil” between the living world and those who have passed on is at its thinnest during this period, meaning that ghosts can return to our realm and make contact. It’s also thought to be easier to communicate with spirits during Samhain, so it’s a time to honor ancestors or ward off unwanted spiritual attachments. On top of that, Samhain is about acknowledging the darker aspects of life — literally, given the cold winter months to come, and figuratively, in the form of doing shadow work or ancestral magic. Many other cultures celebrate holidays with similar themes around this special time of year, too.

Between the naturally-magical Halloween vibe and the potent planetary activity that’s adding to the mysteriousness through the week leading up to the holiday, we’ve got a lot of energy to work with. Let’s take a tour through some of the intense, freaky, and mystical astrological events that’ll culminate in a spookily spectacular Halloween this year.

We’re entering eclipse season again, and the official plunge back into this change-filled cosmic threshold kicks off the week of Halloween. The new moon and solar eclipse on Oct. 25 bring the sun and moon together in the spooky sign of Scorpio, making it a time of deep introspection and self-discovery. The luminaries will also be in a deep entanglement with the love planet Venus, which puts our deepest values and most meaningful relationships at the forefront. Eclipses always mean big leaps into the unknown — which can feel frightful — so it’s a fitting vibe to lead us toward the spookiest day of the year.

Jupiter is the planet of abundance as well as the largest planet in the solar system — so when it makes a move in the zodiac, it’s always a big deal. That said, Jupiter’s retrograde-fueled foray back into ethereal and emotional Pisces on Friday, Oct. 28 is a date to remember — and not only because it’s the kick-off to the weekend. The reactivation of this transit casts an air of mysticism and magic over our Halloweekend and the months to come. It’s a time of rapid spiritual growth, powerful dreams, and cotton candy-colored idealism. Be open to a spiritual growth spurt or two.

Scorpio season overlaps with the spooky season for a reason: Scorpio is the sign that rules rebirth, mysteries, and all things lurking in the shadows. That said, it feels fitting that Mercury — the planet of thinking and communicating — would enter Scorpio’s shadowy lair just before Halloween. With Mercury in Scorpio, our minds become more investigative, seeking truth beneath the surface and craving the intensity of deep feelings. It’s a great time for guarding secrets, uncovering hidden information, or diving into deep heart-to-heart conversations with your most trusted inner circle. Summon your inner psychic and explore your shadows.

Oct. 30 is the ultimate day for Sunday scaries — and not just because of its proximity to Halloween. We also have the looming Mars retrograde period to blame for this unofficial title. Mars is the planet of war, aggression, and sexuality, and it’s kicking off its biennial retrograde the day before Halloween. Mars retrograde can manifest as a lack of motivation or endurance, making it difficult to charge forward on goals or take action in any tangible way. While we’ll be working with this backspin for the next few months, we’ll definitely be feeling the vibe shift come Halloween. And remember, Mars rules our physical energy — so don’t party too hard on Halloween eve.

An Intense First-Quarter Moon On Oct. 31

A lot of notable astrological action is hitting during the days preceding Halloween, but the moon enters its first-quarter phase on Oct. 31. While first-quarter moons happen every month, this lunation is especially significant given that it marks the exact lunar midpoint between the solar eclipse on Oct. 25 and the upcoming lunar eclipse on Nov. 8. This first-quarter moon in Aquarius activates the energies of the current eclipse cycle. This means that it could stir up challenges or struggles related to the events of October’s solar eclipse, or foreshadow some of the breakthroughs that could arise during the lunar eclipse in Taurus.

More like this
Here’s Your Astrological Forecast For February
By Nina Kahn
Your Ultimate Guide To Aquarius Season
By Brittany Beringer
Here’s Your Daily Horoscope For January 31, 2023
By Mecca Woods
These 4 Zodiac Signs Make The Best Bridesmaids
By Nina Kahn
Get Even More From Bustle — Sign Up For The Newsletter
From hair trends to relationship advice, our daily newsletter has everything you need to sound like a person who’s on TikTok, even if you aren’t.