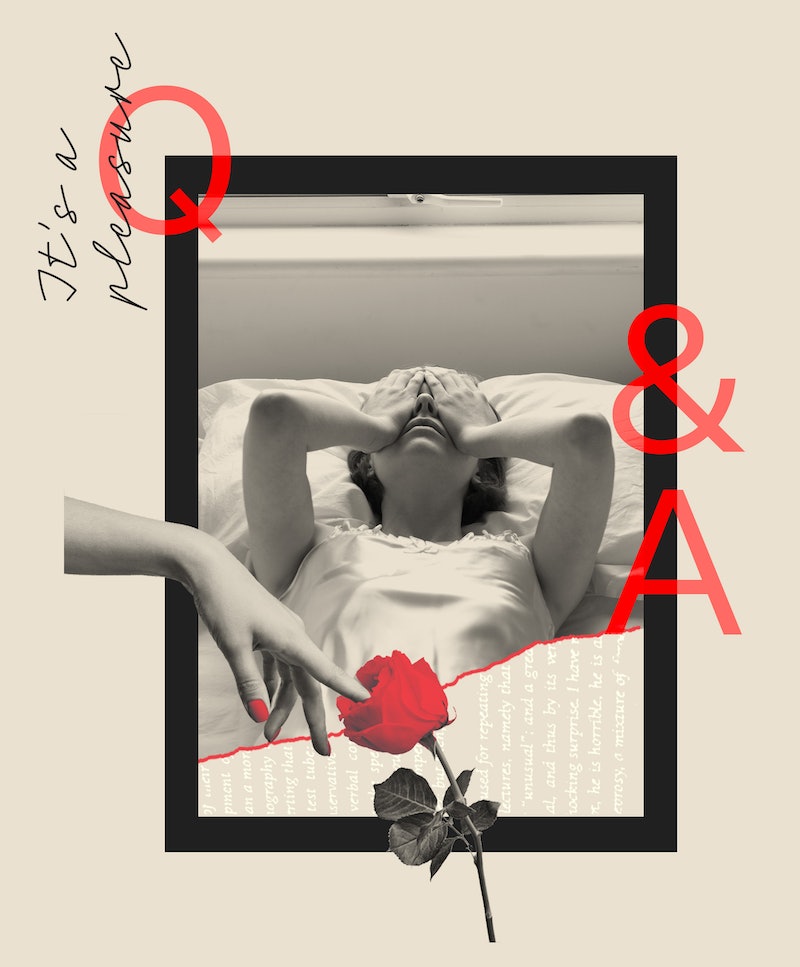 Tara Moore/Getty Images
It's A Pleasure

Q: My boyfriend used to go down on me fairly regularly; then he stopped going down on me about two or three years ago. I have tried to ask why and he has been vague in his answers, saying it's not anything wrong with me and dudes just have to be in the right mood for it. I have had an issue with squirting at times and even peeing when I sneeze. I have been seeing doctors about these unexpected bladder spasms in an otherwise healthy 28-year-old with no children. They don't know what's going on but think it's benign. They only offer pills for treatment, which aren't 100% effective at prevention.

I think that might be why he is turned off by oral, but I really want him to be honest and detailed — just tell me what specifically changed or made him uninterested, instead of me sitting around and coming up with all sorts of different things that are "gross" and undesirable about me. I miss him going down on me, but he doesn't have to if he doesn't want to. I just want honesty and direct communication instead of vague answers and stonewalling. The lack of clear communication undermines my self-confidence and makes me worried about other intimacy issues that may crop up. If we can't talk about and resolve this, the next challenge will prove even harder on our relationship. How can I say this in a way that doesn't make him feel attacked?

A: I’m simultaneously so sorry you’re dealing with this and so impressed with how mature you’re being about the whole ordeal. I think you’re looking at this from all the angles that I’d suggest to a friend, if they came to me. I really do get why this has bothered you; I think you’re correct to be bothered! I would be, and I’d also probably (definitely) be doing exactly what you’re doing, which is making up scenarios and explanations that have no basis in fact but are rather rooted in insecurity. Brains are notorious for filling in any blanks with whatever we feel the most insecure about. But I have a lot of hope, much of it from how well you seem to be handling this on your own, that you will be able to address this with good results.

That may be your boyfriend’s “issue” with going down on you. Frankly, I think that’s silly that he can’t communicate that, but I can’t make anyone get over themselves — would that I could. If squirting is behind his reluctance, he has a lot of options at his fingertips. Speaking of fingers, he could start with his mouth and then move on to his hands. He could start with his mouth and then you could use a sex toy. He could go down on you until you give him the signal that you’re about to blast off to Waterworld. You could try shower sex. You both have options here that still include, at least for a while, his mouth on your bits.

The problem I have is less about him going down on you, and more that he won’t communicate with you about this honestly, despite your openness and candor. To me — and it seems like to you — that’s the real problem. I’m very glad that you find it concerning because it is! From your letter, you seem like a very reasonable communicator, and the fact that he won’t level with you when you are outright asking him to is very immature of him.

Sure, it’s possible that he really is all of a sudden not into going down on you anymore when he used to love it, but that seems less likely to me than him having a more concrete reason. Maybe it has something to do with you or maybe it has something to do with him. Maybe it’s a feeling that he has about sex as a whole and oral sex has borne the brunt of it. Maybe his libido has tanked because of stress, his mental health, or new medications. Maybe he was never into it to begin with and feels like he doesn’t have to put in that particular type of effort with you anymore. (That strikes me as a bad attitude to have about a partner, but again, I’m not in charge!) I really don’t know and I can’t guess, and honestly, you can’t guess anymore, either.

It’s time to lay your sh*t bare with your boyfriend and reveal to him just how much this conversation means to you. If you’re looking for the words to say, you could honestly just read the second paragraph of your letter. The parts you need to include, in my opinion, are that this is making you feel insecure, that you’re concerned about the lack of intimacy here, and that you want to be able to talk openly with him about sex! I would emphasize that him opening up means a lot to you, and that you aren’t going to demand that he go down on you more — rather, you’d like more insight into the change in your sex life. He should not feel attacked by his partner coming to him asking for honest communication. (And think about what that means if he does!)

You can still come into it gently like you did here. I’d start with something like this: “Hey, I feel like we’ve had a hard time communicating about sex and it’s really making me worry and feel insecure. It means so much to me to know what you’re thinking and for us to be able to share things that are vulnerable and maybe even a little painful. I’m not asking for a change in our sex life, and I’m not demanding that you do anything that makes you feel uncomfortable, but I really need you to answer me honestly.” If you worry that that feels like putting him on the spot, you can do this little trick: email or text him. I know it sounds silly, but sometimes people do better talking about delicate topics when they have time to think about what they want to say.

Regardless of how you go about getting an answer from him, I want you to know that it’s beyond reasonable to ask this of a partner, to demand that they show up and honestly communicate. You two are building a life together and that means showing up for the hard stuff, even when it’s uncomfortable. It’s his turn to be a little uncomfortable for your sake!

One last very unsolicited note, as someone who also dealt with some chronic bladder issues (repeated UTIs that no one could “solve”): I strongly recommend seeking out a urogynecologist (rather than a urologist) and/or a pelvic floor therapist.