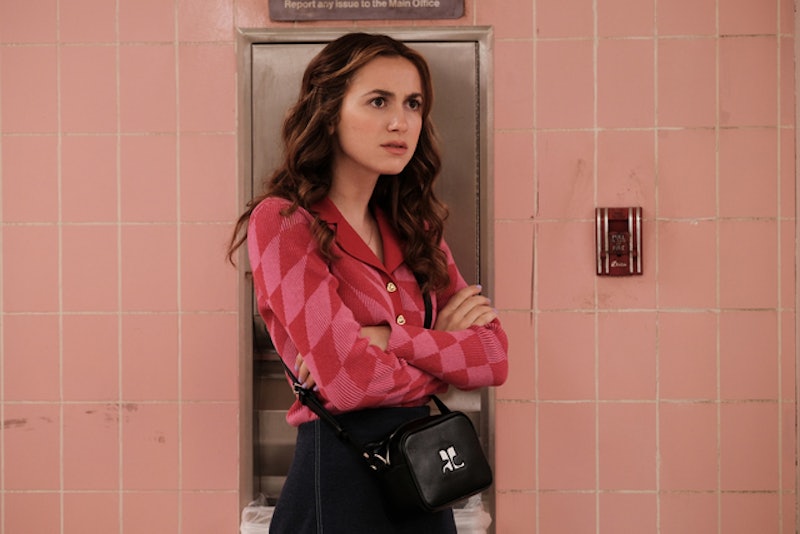 A version of this content appeared in Bustle’s daily newsletter on January 24, 2022. If you like what you see, sign up to receive it in your inbox right here.

Euphoria is a show about wild teens doing wild things in wild outfits. The characters attend rave-level parties, engage in heavy drug use, and have tons of very graphic sex — sometimes with their classmates’ parents. But amid it all is Lexi Howard (Maude Apatow), the patron saint of boring girls everywhere who just want to get good grades and maybe star in the school play. Between Kat’s webcamming and Rue’s use of hard substances, it’s Lexi’s so-called boringness that most accurately reflects many viewers’ own teen years. Out of all the characters, Lexi is the only one we can count on to not stress us out. Read More

This 2000s-Inspired ’Do Is The Trendiest Take On A Ponytail

Cassie Howard, aka the Main Character Energy big sister to Lexi, sported the look in last night’s episode. It’s essentially a hybrid of Y2K-era bubble braids — as seen on Gigi Hadid and Olivia Rodrigo — and the ’90s-style Barbie pony, a look beloved by Bella Hadid. And it’s not nearly as difficult to DIY as it seems in the show. Read More

How To Write A Manifestation Journal, According To An Energy Worker

Hoping to land a big promotion at work or finally finish decorating your apartment? Whether you’re an esteemed writer or a novice diarist, journaling is known in the manifesting community to be the key to success. Read More

Last week, TikTok created 2022’s first social media villain in the form of West Elm Caleb, a 25-year-old guy who dated a bunch of women in NYC, took them to the same restaurants, sent them the same Spotify playlist (and unsolicited nudes), all before eventually ghosting. Now, is this ideal behavior from someone you’re romantically interested in? No, certainly not. But are they offenses heinous enough to warrant the social media sh*tstorm that followed? Also no. Read More

The visionary designer, whose designs helped shape our idea of what “futuristic fashion” actually looks like, passed away on Sunday. Here, a look at some of his most memorable pieces, from the “motorcycle corset” to the Venus gown that Cardi B wore to the 2019 Grammys. Read More

One that you could feasibly wear, you know, to regular places. Here’s a rundown from the best looks from the most recent episode of the reboot, and how to shop for each. Read More

Have patience with yourself and others. Read More