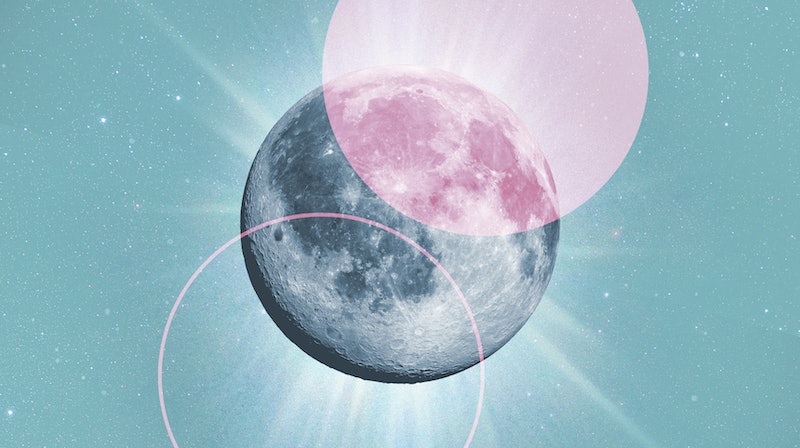 It may be chilly where you are, but Capricorn season is getting the warmest possible welcome this year — as the December 2022 new moon offers all zodiac signs a fresh start that’s as brisk and refreshing as the winter air. Rising on the morning of Dec. 23, this festively-timed lunation kicks off the final lunar cycle of the calendar year, giving one last opportunity to set intentions before your calendar is flipped to 2023 (and the start of the next Mercury retrograde — but no need to worry about that just yet). By working with the spiritual meaning of December’s new moon, we can maximize its manifesting power.

New moons generally correspond with the vibe of new beginnings in astrology, as they signify the start of a fresh lunar cycle. The spiritual energy of this moon phase is considered especially helpful when it comes to kicking off new endeavors, planting seeds for new projects, or otherwise starting anew in some way. The December 2022 new moon takes place in the hardworking sign of Capricorn and peaks less than 48 hours after Capricorn season begins — so its spiritual meaning is about laying out a rock-solid foundation for your most aspirational goals. It may not be 2023 just yet, but this new moon can help you visualize your vast potential in the year to come.

December’s new moon is the last lunation of the year, so if you want to make a lucky holiday wish as you start preparing for 2023, this is the time to do so. Read on for everything you need to know about this new moon’s spiritual power.

At the time of December’s new moon, a whopping five planets will be clustered together in Capricorn, creating what’s known in astrology as a stellium. This planetary pile-up greatly amplifies the influence of Capricorn’s grounded and ambitious energy on the new moon, making it even more supportive of setting focused goals and creating stepping stones toward your long-term plans.

The spiritual meaning of this new moon is about preparing yourself for success, so it’s an ideal time to begin laying out some of the groundwork for your objectives. But once you sit down to really consider what you want to manifest under this new moon, your true desires might surprise you — and that’s thanks to the value-oriented planet Venus harmonizing with the unpredictable planet Uranus. This aspect encourages people to follow their hearts, even it seems to be pulling them in an unconventional or unexpected direction. Under this new moon, you might very well readjust your sails and have a sudden revelation about what’s actually worth working toward.

Perhaps the most important lunar aspect taking place is the new moon’s connection with the larger-than-life planet Jupiter, which inspires individuals to think bigger and bolder as they visualize their future goals. Alongside the new moon, the mental planet Mercury is vibing with dreamy Neptune, sprinkling just the right amount of rosy idealism over your practical Capricorn-kissed mindset. With discipline and focus,you can truly reach extraordinary heights. Just remember to keep both feet on the ground, and balance out your zealous idealism with a healthy dose of down-to-earth realism.

How To Work With The December 2022 New Moon’s Energy

Capricorn zodiac energy is all about putting our collective noses to the grindstone and moving steadily toward the desired result, without trying to cut corners or attempting to secure a shortcut to the finish line. So as you set your new moon intentions, it’s important to keep that kind of patience and level-headedness in your mind and heart. The next Mercury retrograde starts on Dec. 29, and action planet Mars is still deep in its retrograde through mid-January — so while this lunation is a great time to put together a solid step-by-step blueprint for your goals, it’s best to wait on actually taking any big leaps until late January, when these retrogrades are behind us. In other words, plot out your moves now and execute them later.

December’s new moon hits just two days after the winter solstice — aka the first official day of winter — which is historically a time of great spiritual significance. Because the winter solstice marks the shortest day of the year and heralds everyone into the darker months, its spiritual energy asks people to go inward and spend time on personal reflection. With that in mind, this solstice-adjacent lunation is a beautiful time to look back on the year, reflect upon your achievements, and use what you’ve learned to shape your plans for the future. Light a candle to honor the dark moon, symbolize your intentions, and bring some light to one of the year’s shortest days.

More like this
The Spiritual Meaning Of The January 2023 New Moon
By Nina Kahn
Your Ultimate Guide To Aquarius Season
By Brittany Beringer
These 4 Zodiac Signs Make The Best Bridesmaids
By Nina Kahn
Andie From 'How To Lose A Guy In 10 Days' Is A Total Gemini
By Nina Kahn
Get Even More From Bustle — Sign Up For The Newsletter
From hair trends to relationship advice, our daily newsletter has everything you need to sound like a person who’s on TikTok, even if you aren’t.