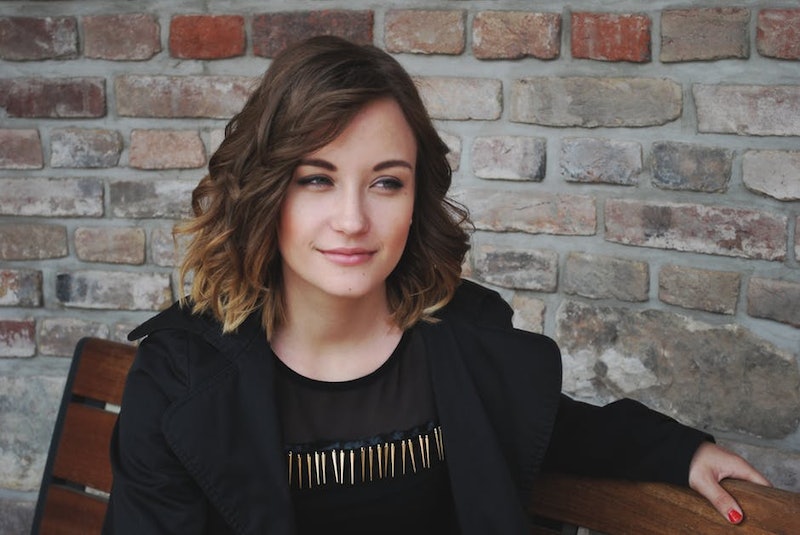 Most of us do our best to as polite as possible. Often that means holding the elevator door, letting another car into traffic, or being that one awesome guest who washes the dishes after a dinner party. But did you know that some sweet habits like these — which are meant to be polite — can actually be considered rude?

While elevator door holding and dish washing hardly ever fall onto the list, there's definitely a pretty hefty pile of habits we all think are polite — even though they most definitely aren't. Take, as an example, all the times you tried to offer your friends advice. In some cases they probably truly appreciated it. But in others, I'm sure they just wanted a shoulder to cry on or an ear to vent to. By being sweet and offering advice, you were actually shutting them down and being kinda rude. While definitely not intentional, it it's an example of "polite" habit that rubs people the wrong way.

While little moments of rudeness aren't the end of the world, it is a good idea to know what might be misconstrued as rude — if only to not push away your friends and fam. As behavioral health director Anya Shumilina, LMSW says, "When we appear rude, especially when it is disguised as politeness, we make people uncomfortable and invalidate them." We also alienate them, and occasionally come off as insensitive or dismissive. Since nobody wants any part of that, read on for some other cases of rudeness to watch out for.

1. Ordering For Someone Else In A Restaurant

OK, so maybe your partner takes forever to decide what they want to eat. Or maybe they inevitably ask you to choose. Even so, you should resist the urge to order for them — even if you think you're being sweet. "Unless you know the gesture will be appreciated, allow another adult to order for themselves," says national etiquette expert Diane Gottsman. "You can give suggestions, but let them place the order."

2. Making A Joke At Your Friend's Expense

It's totally normal to joke around with friends and/or occasionally pick on your partner (in a sweet way). But do avoid making them the butt of a joke, especially if you don't think your intentions will be fully understood. As relationship expert April Masini says, "The rude joke that was meant to bind and entertain, distances." And that's definitely not what you're going for.

A compliment always seems like a good idea, but not everyone takes it that way. "Unknowingly, we might make a person self-conscious by strengthening the belief that one's appearance [or] weight are a topic to be discussed," says Shumilina. So unless you're with your mom or your best friend, it's a good idea to keep any comments to yourself.

4. Clearing Off The Table While People Are Still Eating

I think we're all guilty of stacking dirty dishes or clearing off the table while people are still eating. It seems polite (get 'em out of the way, right?), but it's a habit that can really stress people out. As Gottsman tells me, it sends the message that your guests need to hurry up, or that you're trying to get them to leave. Not cool.

5. Nodding In Agreement, Even When You Can't Hear Someone

We've all done this in loud bars, or when chatting over crowds at networking events. But nothing good ever comes from pretending to hear what someone said. "In this effort to be polite, we are actually distancing people from us," Shumilina says. "When you ask questions to clarify what someone has said, it further showcases your interest in the conversation and that you actually care about strengthening that relationship, be it a work colleague or a new friend at the bar."

6. Arriving Early To Party In Order To "Help"

This is such a sweet thought, but showing up to a party early is almost never a good idea. "Arriving early is just as rude as arriving late," says Maryanne Parker, founder of Manor of Manners, in an email to Bustle. Unless it's your best friend's party, showing up before you're expected often means getting in the way or surprising your host before they're ready. Not a good idea.

Like I said above, if a friend comes to you venting about a problem, it might seem like advice is in order. And yet, sometimes people just want to vent, you know? As Shumilina says, "Ask what they are looking for in this moment. Your problem solving strategies may be on point, but giving unsolicited advice may also completely invalidate the person you are talking to." If they ask for help, OK. If not, keep your advice to yourself.

OK, so let's say you just met a new coworker and she seems really cool. If you're a friendly chatty type, you might be tempted to share your life story pretty much instantly. But this is another big ol' faux pas. As Gottsman says, "It can make the other person mistrust you — especially when talking about your ex mate or ex boss or former colleagues negatively when sharing information." So save it for when you're officially, truly friends.

9. Being A Back Seat Driver

Backseat driving, while supposedly "helpful," is actually just downright annoying. Unless you see an accident about to happen, the best course of action is to stay quiet and just be a passenger. "Let the driver follow the app on their phone," Gottsman says. "They'll figure it out!"

10. Hugging Or Sitting Too Close

Of course you don't mean to be intrusive by sitting close to a friend, or giving a coworker a hug. And yet many people perceive close contact as kinda rude. "We always need to consider the other person's preferences," Parker says. So either ask first, or stay the polite distance (one arm's length) away.

If your partner or friend is having a horrible day, it's perfectly natural to get up in their business and try to help. But being overly concerned — and not giving them space — is yet another way you might accidentally be rude. As Parker says, "It is a very fine line between being 'concerned' and 'overwhelming."

There's also a fine line between being funny and rude. Same goes for being caring and rude, or helpful and rude. So really, don't beat yourself up too much if you step over the line. A quick apology will smooth things over instantly.