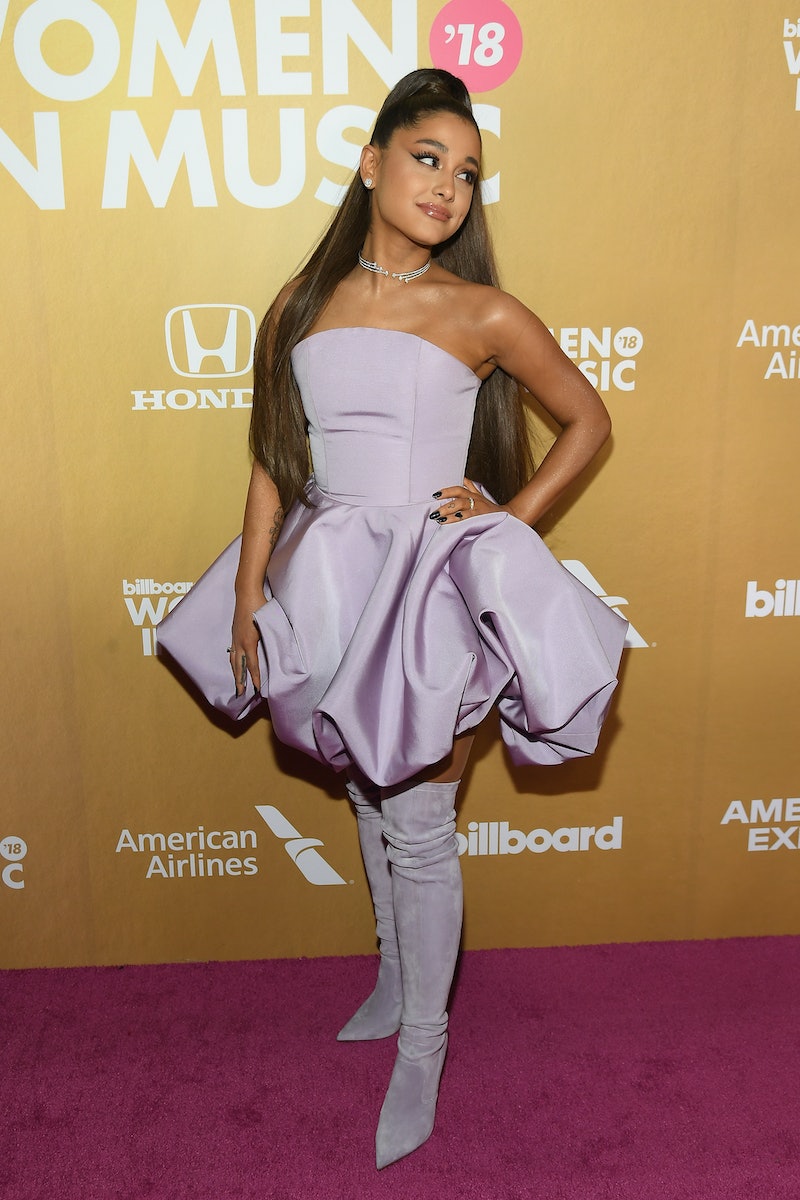 If you are in need of a pig-me-up, look no further than Ariana Grande’s new Piggy Smallz video. On Wednesday, Jan. 30, the “thank u, next” singer shared a short video she took while cradling Piggy Smallz in her arms. The video is really, really cute. But let's be real, as if a video of Grande holding a baby animal could or would ever be anything but really, really cute. Dare I say, pig-turesque.

The world was first introduced to Piggy Smallz in September 2018, and on paper, that was not that long ago. But wow, does that genuinely feel like a century ago. Ready to revisit some things that've happened since Ari adopted Piggy Smallz four months ago? Shortly after they brought the wee wee wee piglet all the way home, Grande and Pete Davidson called off their engagement. Ari also recorded a followup to 2018’s Sweetener and announced that it will be out on February 8. Ari also was named Billboard’s Woman of the Year. Ari also released multiple music videos. Ari also scored her first number one on the Billboard Hot 100. Suffice to say, Q4 of 2018 was quite a time for the "no tears left to cry" pop star, and Q1 of 2019 is already off to an eventful start.

The last four months have been a bit of a whirlwind for precious darling cute pie Piggy Smallz, too. The young pig was nominated for her very first iHeartRadio Music Award. She was in the first music video for “breathin.” She got an Instagram account. She is no longer small enough to basically fit in the palm of a human being’s hand (aw, they grow up so fast!). And she has already put out a bona fide bop.

Oh, what is that? You say you have watched this video, but you have not played it with the sound on? You say you have not yet experienced the magic that is Piggy Smallz's song? Well, well, well. It is ab-snout time you fix that. Please put on your good headphones. Crank the volume. Let this clip play on a loop. Do not just go wild. Go hog wild. The occasion calls for it.

Precious darling cute pie Piggy Smallz has created a true jam, and living pop legend Ariana Grande has graciously shared Piggy Smallz's short but sweet work of art with the world. It has been said time and time again, but Grande's generosity knows no bounds.