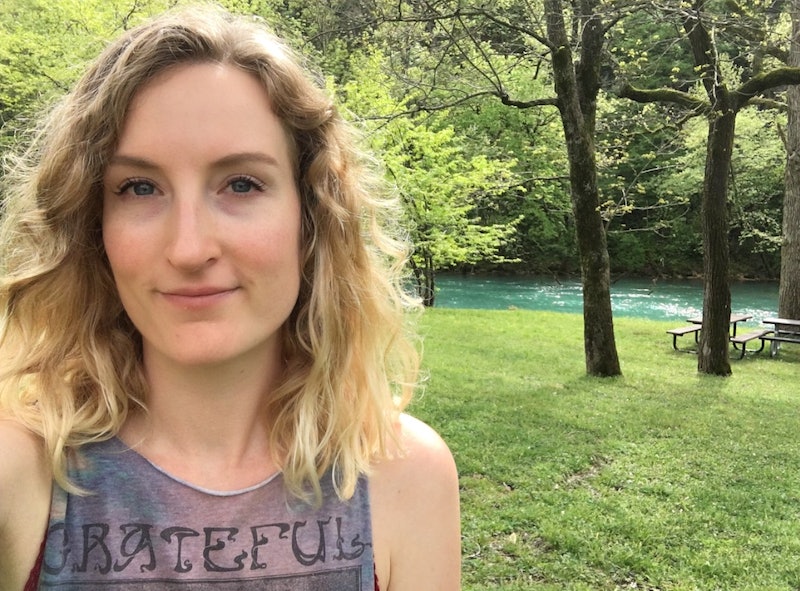 I have a confession to make: I used to be totally against weed. This is partially due to my upbringing, but I can’t blame my parents entirely for the way I once felt about pot. The fact is, I didn’t start to support marijuana legalization until I was 20 years old, and I didn’t start smoking pot until I was 21. For many years, I was afraid that weed would ruin my life. (I wouldn’t even date people who smoked weed back then.) I didn’t know then that studies, like this one in Scientific American, have actually shown that cannabis may not be physically addictive.

When I finally did try marijuana, I realized how misinformed I’d been. Weed worked wonders for my anxiety and depressive symptoms, and it made menstrual cramps easier to bear. When I started having sex, weed made it easier for me to relax and orgasm. On top of that, I found that marijuana inspired me to write whenever I was feeling blocked. And even though I smoked weed almost daily during my last two years of college, it didn’t prevent me from graduating with honors, completing an internship in publishing, and holding down a job.

Since college, I’ve grown more and more vocal about marijuana. Cannabis helps me manage anxiety and depression naturally, and it’s fun. My stance on marijuana is about more than that, though. Research shows that marijuana can be an effective treatment for a number of illnesses that disproportionately affect women, and the racial bias in pot arrests is staggering. For these reasons and more, marijuana legalization is a feminist issue. So as a feminist, this is why I’m so vocal about marijuana.

In fact, a study published in 2014 in Science Daily found that PTSD patients who smoked cannabis experienced a 75 percent reduction in their symptoms, and other research has shown that MS patients who use cannabis may have less fatigue and greater physical activity levels, strength, and speed than those who don't. Both anecdotal evidence and scientific research has found that, while it's not a cure, marijuana may help women who are suffering from bulimia and anorexia. Further, multiple studies indicate that marijuana may effectively treat an array of psychiatric disorders, including anxiety, depression, and PTSD. On top of all that, research from the California Pacific Medical Research Center has discovered that CBD (the non-psychoactive compound found in cannabis) can help inhibit metastasis in breast cancer cells. Essentially, this means marijuana could also prevent breast cancer cells from spreading throughout the body.

Weed Being Illegal In The U.S. Has Racist Roots

Believe it or not, according to ATTN:, American farmers were actually required to grow hemp (a cannabis plant containing very little THC) from the 1600s until the late 1800s. Back then, hemp was used to create materials such as rope, paper, and clothing. Hemp was also used as legal tender in Virginia, Pennsylvania, and Maryland in the 1600s, and medicinal cannabis products were sold in pharmacies across the country throughout the 1800s. In fact, using cannabis medicinally was actually quite popular among Americans until El Paso, Texas became the first city to ban marijuana in 1915.

Around five years before that, when the Mexican Revolution began, many Mexican immigrants came to the U.S. to escape conflict back home. These immigrants used cannabis also, but they called it "marihuana," and they used the plant recreationally as well as medicinally. Using weed recreationally wasn't commonplace among white Americans at this time, so when Southern states became uneasy with the growing number of Mexican immigrants they were receiving, they started demonizing Mexican men for smoking weed recreationally. As ATTN: explains, "Newspapers ran headlines speaking of the 'Mexican menace' or the 'marijuana menace' and claimed Mexican men were going crazy from smoking marijuana and were killing people."

From there, American media outlets and the U.S. government campaigned against legal cannabis with newspaper articles, anti-marijuana propaganda films, and anti-marijuana legislation.

While it's estimated that women won't receive equal pay for equal work until 2152, it's also true that legal marijuana could be the first billion-dollar industry to be dominated by women. As Newsweek reported back in 2015: "As pot legalization spreads, women are taking over more roles in the industry. There are female cannabis doctors, nurses, lawyers, chemists, chefs, marketers, investors, accountants and professors. The marijuana trade offers women a shortcut to get ahead in many avenues, and women in turn are helping to organize it as a viable business."

It seems that legal marijuana is providing American women with more opportunities to prosper, create, and lead, than any other industry to date. If this continues to be the case, then it stands to reason that legalizing cannabis nationwide could only benefit American women — who are still economically disadvantaged in many ways.

If you (like myself) are a stoner with a menstrual cycle, then you probably know from experience that weed can make periods easier to deal with. This is perhaps especially true for the 10 percent of women who suffer from debilitating dysmenorrhea — cramps so painful that they mess with a woman's ability to function in her daily life. What you might not know, however, is that weed can help with so much more than menstrual cramps. Marijuana's main compound, Tetrahydrocannibol, (THC) has been scientifically proven to alleviate premenstrual symptoms, like nausea, bloating, and headaches.

Legal Weed Is Good For The Environment

According to Scientific American, legalizing pot would be more environmentally responsible than keeping marijuana illegal. If cannabis was legalized federally, growers wouldn't need to colonize remote forest lands or contaminate untouched ecosystems just to stay out of jail. Growers would also be free to move their crops outdoors and into the sunlight, which would simultaneously cut down on energy costs while reducing the carbon footprint of pot farmers all over the country.

Further, if marijuana were legal all over the U.S., the demand for smuggled weed would cease entirely. Since cartels typically use generators, diesel storage tanks, and animal poison to preserve their product, making smugglers unnecessary would reduce the environmental impacts of smuggling weed across our southern border.

Not personally into weed yourself? Totally fine. But, as a feminist, it's hard for me to make a case against marijuana altogether.