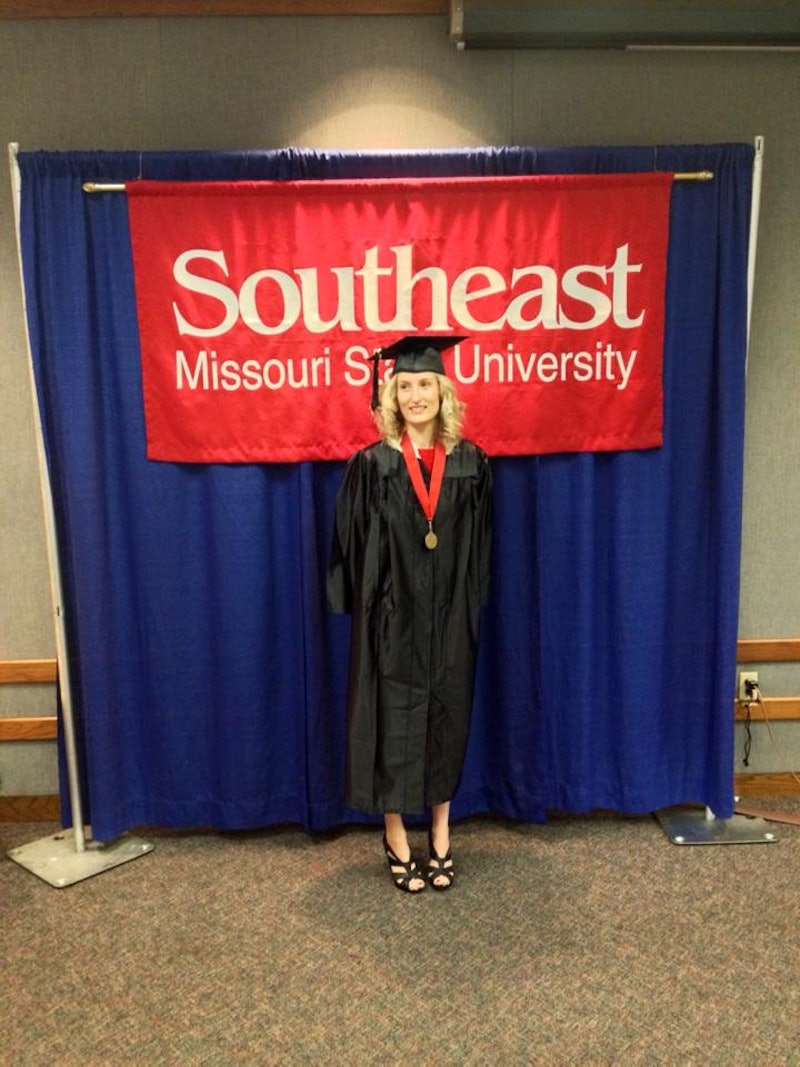 With fall just around the corner, I can't help but reminisce about my college days a little bit. Don't get me wrong, the thought of going back to school doesn't really appeal to me right now — I'm pretty sure I'm still a little bit burnt out on reading from my senior year. (Reading nine novels in one semester for just one of seven English courses can have that effect, unfortunately.) That said, now that I've grown up a little bit, I've realized there are just so many things I wish I'd known in college. I don't think I would willingly relive my college years if you paid me to, but I would do some things differently if I somehow found myself back there.

College is a stressful time for anyone, but there's no doubt in my mind that I made it way more stressful than it had to be. I worked almost every day, I got too serious with my college boyfriend too soon, I compared myself to my classmates, and I beat myself up super hard when I got a bad grade instead of praising myself for making the dean's list year after year and maintaining my status as an honors student. (Ahem, please excuse the humble-bragging.)

I think I did fine, and I'm so happy undergrad is years behind me — but here's what I wish I'd known in college.

1. Picking The Perfect Major Probably Isn’t As Important As You Think It Is

OK, so I'm not trying to say that your college major doesn't matter, because it definitely does. If you're going to spend four years and thousands of dollars learning about a specific field of study, then you should of course take your time with that decision. That said, in my experience, your college major doesn't always determine what kind of life you're going to have after you graduate.

Back when I was in college, I switched back and forth between journalism and English several times before I finally landed on English. I was so convinced that majoring in journalism would restrict my post-grad options more than an English degree would, but guess what? About two years after I graduated, I started working remotely as a journalist/blogger. In the end, nobody really cared what my major was, so long as my writing was good.

2. If You Get A Bad Grade, It Doesn’t Have To Be The End Of The World

Not unlike so many other college students on scholarships, my GPA paid for more than half of my college education, so I felt a ton of pressure to make good grades when I was an undergrad. Add in the fact that I grew up with strict parents, and you can probably understand why any grade that wasn't an A left me feeling like a failure at life. Looking back, I think I took grades too seriously when I was in school, though — because one bad grade won't completely wreck your GPA, and even Rory Gilmore messed up her grades a couple of times.

Honestly, it hurts me to think of the sheer panic I used to feel when I'd get back an exam with a big red C on it, because a few bad grades aren't worth losing your sh*t over. Despite the fact that I didn't get straight A's in college, I still managed to graduate with honors and land a good job. So, yeah, not that big of a deal.

3. You Shouldn't Feel Guilty For Making Fun A Priority

During my first two years of college, I felt like all I did was work and study. When I transferred to a university after completing my sophomore year, I started having more fun, but my enjoyment was almost always tainted with a little bit of guilt. Looking back, I really wish I hadn't put myself through that, because I wouldn't trade those memories for the world. I mean, it's certainly important to strike a balance between party time, study time, and making money time, but it's more than OK to want your college experience to be fun, too — and I wish I'd realized that sooner.

4. … But It's Totally Fine To Ignore Everyone When School Gets Stressful

I've lost count of how many parties and family gatherings I missed when I was in college. Between studying, working multiple jobs, and interning, I pretty much had to ignore most of my favorite people for months at a time to stay on track. I don't feel bad about it now, but I felt really bad about it back when I was in school. Fortunately, I'm pretty sure none of my loved ones even cared, because they're awesome, and they know college is hard sometimes.

5. It’s OK If You’re Too Busy To Always Work Out Regularly

I'm not CrossFit-level strong or anything, but I've always really enjoyed exercise. I was using exercise to manage my anxiety issues before I even knew I had them, and for me personally, sticking to a regular fitness regimen makes it easier to stay body positive. Because of this, I felt like a crappy person when my crazy busy college schedule made working out more than twice a week laughable. Now, I don't know why I even worried about working out at all, because I walked to school every day, worked non-sedentary jobs, and had tons of sex.

6. Overworking Yourself Is A Bad Idea

As I've established, I worked my butt off when I was in college, and I'm proud of that. I think I overdid it, though, and I'm 100 percent sure it affected everything from my grades to my mental health to my relationships. On the upside, my student loan debt is minuscule as a result. Which brings us to...

7. There's No Shame In Having To Resort To Student Loans

Luckily, I only had to take out one student loan while I was earning my bachelors degree. It wasn't very big, and I didn't need it until my very last semester, but borrowing money at all scared the living hell out of me when I was in college. I thought student loans were pure evil back then, and I felt bad about needing one. Nowadays, I can't help but wonder if it might have been worth my sanity to take out a student loan sooner.

8. Comparing Yourself To Your Classmates Is Pointless

My graduating class at Southeast Missouri State University was full of some super bright kids. One of my classmates, in particular, was basically perfect. Imagine what it would be like if Rory Gilmore and Hermione Granger had a daughter, and that would be my classmate. On top of her impeccable GPA, this girl was loved by all of our professors, she was published before I was, she somehow made time to take the coolest photographs in the world, and she was well-traveled.

I compared myself to her a lot, and it was really stupid. I should have just focused on my own victories instead, but it was a good learning experience for me. The thing is, there are always going to be people out there with more talent, discipline, and money than me — and now I know that there's really nothing wrong with that.

9. No Matter How Stressful Things May Seem, They Really Do Usually Work Out

People were always telling me this when I was in school and in a near-constant state of stress about money, work, deadlines, grades, advisers messing up my class schedules, and relationship problems. I didn't believe them, of course, but it's true. Usually, if you do everything in your power to handle your sh*t, then things will eventually work out.

I got along really well with most of my college professors. With a couple exceptions, they were all the perfect mixture of chill and motivating. In fact, my literature professor was the first person to encourage me to write from a feminist perspective, and now I pretty much do that for a living.

But I did have a couple of professors that seemed impossible to please, and I dreaded their classes in a major way. Now I feel nothing but gratitude to those people, though, because learning how to interact with them has really come in handy in the real world. Not all of my bosses have been as understanding as the ones I have now — but thanks to all the Snapes I met during my college career, dealing with difficult bosses after I graduated wasn't that big of a deal.

11. College May Not Be The Best Time To Get Into A Serious Relationship

I fell in love in college, and for a time, it was pretty magical. When I first started hanging out with my college boyfriend, I could barely breathe around him I was so smitten. Unfortunately, that relationship got way too serious way too soon. Then it got toxic. I asked my college boyfriend to move in with me after less than a year of dating him, and that was definitely a mistake. He didn't have a job at the time, and he took his time getting one — so on top of everything else I was stressed out about, I had to worry about providing for the two of us.

Thankfully, I learned a lot from that experience, and I don't regret falling in love in college. Retrospectively speaking, though, I could have saved myself so much heartache and money if I'd taken that relationship slower. Oh, well. Now I know.