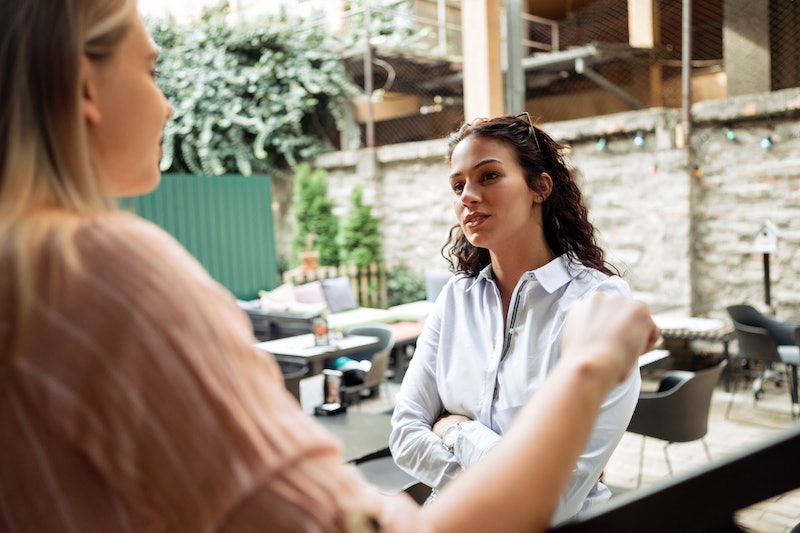 Nastasic/E+/Getty Images
By Elizabeth Enochs
May 2, 2016

While there's no denying that women living in the U.S. have far more economic opportunities available to them than women living in most non-western nations do, there are so many ways in which American women are still economically disadvantaged based on their gender alone. In fact, according to the World Economic Forum's 2015 Gender Gap Report, the United States ranks 28th globally where gender equality is concerned — despite the fact that we come in sixth place when it comes to overall economic opportunity.

Not only do women make an average of 78 cents to their male coworkers dollar for working the same jobs, (and depending on other factors, such as their state of residency and their ethnicity, many women make considerably less than that), but there are also many other ways in which we are economically disadvantaged in America. Birth control still isn't covered by all insurance providers or employers, (I'm looking at you, Hobby Lobby), the "Pink Tax" ensures women are charged more than men for seemingly identical products, maternity leave in the U.S. remains unpaid, the "tampon tax" still exists, and studies show that employers actually penalize both prospective and existing female employees for trying to negotiate their salaries. Unfortunately, if you live in America, being a woman is going to cost you.

1. Women Are Typically Paid Less Than Men To Perform The Same Jobs

And pay disparity between the sexes doesn't disappear for those women who choose higher-paying careers, either. Full-time, female lawyers typically only bank 83 percent of what full-time, male lawyers do. In fact, back in 2014, the Bureau of Labor Statistics determined that women are paid less than men in almost every occupation — with the two exceptions of stock clerks and order fillers. Awesome.

2. Women Who Attempt Salary Negotiation Are Often Penalized For It

One of the most common explanations you hear for why women are paid less than men is the fact that, in general, women are less likely to engage in salary negotiations than men are. The thing is, while this may be true, women in the workforce avoid salary negotiation for reasons that are much more complicated than the their "lack of career confidence."

Studies have shown that employers don't like it when their prospective, female employees attempt to negotiate their salaries after being offered a job. Equally frustrating is the fact that studies prove employers don't like it when their female employees ask for raises, either. These horrible findings shouldn't keep you from asking for the pay you deserve, though, so here's some advice on how to do it well.

3. The U.S. Is The Only Developed Country Where Maternity Leave Can Be Unpaid

Unfortunately, there is only one developed country in the world that still refuses to mandate paid maternity leave for new mothers, and it is the United States. Thanks to the Family and Medical Leave Act (FMLA), most U.S. companies are required to offer their female employees 12 weeks of unpaid family leave time after giving birth — but not paid leave. This hasn't kept organizations like Google from offering paid maternity leave to the new mothers in their employ, but companies like Google are the exception, not the rule.

If this upsets you, know there are ways you can push Congress to change maternity leave policies, like by starting a petition or organizing a protest in your area.

Even for-profit businesses can decline their employees direct birth control coverage, thanks to the Supreme Court case, Burwell v. Hobby Lobby. Evidently, women shouldn't get to be in charge of their own bodies if it threatens their employers' religious beliefs. Ugh.

5. Women Pay More Than Men For Many Of The Same Products

Ever wonder why the pink razor costs more than the black one? The so-called "Pink Tax" is real, and it costs us.

Women are charged about seven percent more than men are for many of the same products. These findings come from a recent study by the New York City Department of Consumer Affairs, which discovered nearly 800 examples of gendered pricing. Dry cleaning services, jeans, razors, and even children's toys are more expensive when they're marketed towards females. So not only are women earning less than men are for the exact same work, we're being charged more than dudes for essentially identical products as well.

As absurd as it sounds, the "tampon tax" is, sadly, a very real thing. The majority of U.S. states tax tampons as "luxury items" — despite the fact that tampons are actually necessity items for many people with periods, and necessity items are supposed to be tax exempt nation-wide.

Recently, some progress was made on the "tampon tax" issue when the New York state legislature and the Chicago city council both voted to drop the sales tax on tampons and other sanitary items — but it doesn't change the fact that so many women across the U.S. are essentially being taxed for menstruating, in addition to having to pay for those products in the first place. Clearly, we have our advocacy work cut out for us.