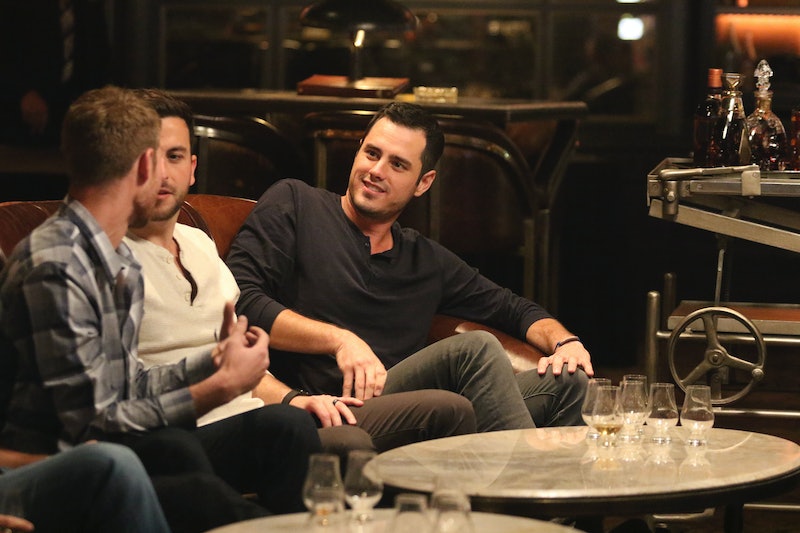 Let's be honest: Every Bachelor Nation super fan knows that even though The Bachelor and The Bachelorette are amazing, Bachelor in Paradise is where the real fun begins. Put together villains and fan favorites from seasons past, sprinkle in some love, breakups, break-downs, and a tropical location, and you've got yourself a perfect guilty pleasure for summer. The first round of Paradise arrivals has already been announced, but there's one person I'm definitely hoping to see on Bachelor in Paradise eventually: Ben Higgins.

Fans of the Bachelor were shocked when Ben and fiancée Lauren Bushnell called it quits this May, about a year after their televised engagement on the Season 20 finale of The Bachelor. Ben and Lauren were a fan favorite couple, and it seemed like they might be one of the elite few that actually stay together after the cameras turned off. Although I'm sad that the couple couldn't make it work, I definitely wouldn't say no to seeing Ben's handsome face once again gracing the screen this summer (and I'm guessing neither would some of the women headed to Paradise). Here are seven reasons why Ben should try to find love again on the new season of Bachelor in Paradise.

I mean, of course he does. Look at that face, right? After emerging as a fan favorite on Kaitlyn Bristowe's season of The Bachelorette, just about everyone was rooting for Ben to find the love of his life when it was announced that he was going to be the next Bachelor. And since he found love with not one but two women on his season, I'm confident he could find it again on Paradise.

Sure, part of the fun of Paradise is Chad's wild escapades and taking a sip of wine every time Ashley I. cries during an episode. But without some levelheaded people like Ben to even things out, the antics can get old, fast.

Despite all the dysfunction, people can and do find true love in Paradise. Just look at Jade and Tanner (affectionately, Janner) who are married and expecting their first child, and Carly Waddell and Evan Bass, who are still engaged (despite that peppery first kiss). If they can do it, I'm sure there's hope for Ben.

4. I Could See Him With Raven

Raven is ready for Paradise: look, she already has a coconut! As E! News reports, Nick Viall's brokenhearted Southern belle is definitely headed to Mexico this season. I'm no matchmaker, but I have a feeling that she and Ben could really hit it off. Raven is sweet but knows when to bring the sass, and Ben's past affection for women with similarly strong personalities (Kaitlyn Bristowe and JoJo Fletcher) make me suspect they would do well together.

Recently, Ben took to Instagram to give a heartfelt statement directed at people criticizing his breakup and his new podcast with Ashely I., Almost Famous. Though I'm happy he was able to speak out against those who felt that his personal life was their business, his statement reemphasized just how hard breakups are, especially if you're in the spotlight. Maybe Paradise is just what Ben needs to get back on his feet. After all, I can't think of a better recipe for getting over heartbreak than sun, sand, and some of Jorge's cocktails.

Ben's Instagram features quite a few shots with the king of Bachelor Nation himself, demonstrating that their relationship goes beyond Chris informing Ben that "this is the final rose tonight". If anyone can help facilitate a love connection for Ben in Paradise, it's Chris Harrison. After all, isn't that his job?

7. He Could Make Some New Friends

Sure, this is a super wholesome reason to join a raunchy reality TV show, but it's hard to deny that Bachelor alums are a tight knit crew. Maybe it's all the booze, or maybe it's the magical powers of Chris Harrison, but it seems like a lot of the friendships forged in this tropical setting really do tend to last. Whatever the reason, Ben could emerge from Paradise with a whole new support system. Even if his romantic relationships end, his friendships could last a lifetime.

Though it might be a long shot, I'd love to see Ben frolicking in the waves in the infamous Bachelor in Paradise opening sequence this summer. It's time he found the happily-ever-after that two seasons on ABC failed to grant him. Third time's the charm, right?