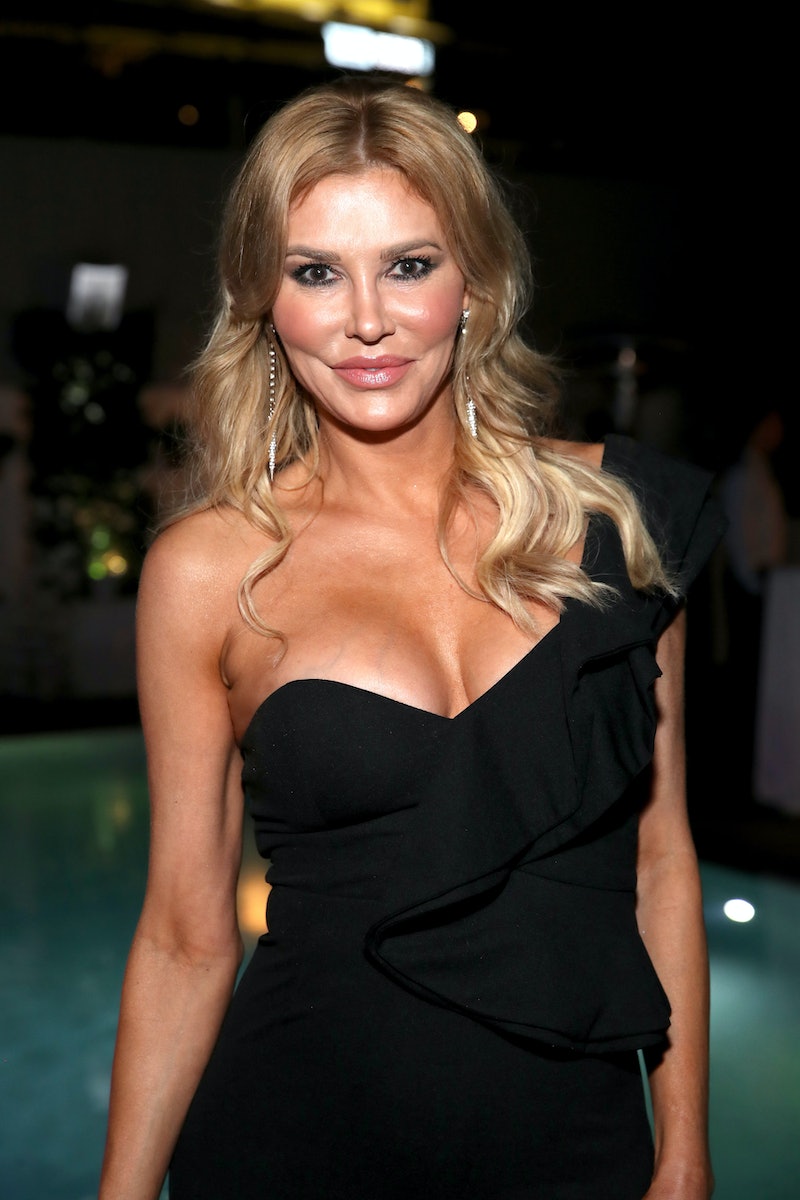 After spending several seasons on Bravo's Real Housewives of Beverly Hills herself, Brandi Glanville weighed in on the new RHOBH cast members in an Oct. 12 interview with Entertainment Tonight. As it turns out, Glanville is already acquainted with the two new Season 10 Housewives, Sutton Stracke and Garcelle Beauvais, calling Stracke "really sweet." Noting that she's attended events Stracke has thrown in the past, Glanville added that she is "an amazing party-thrower" and "very nice."

In Feb. 2017, Glanville appeared on an episode of Hollywood Today Live which Beauvais co-hosted. A subsequent chance meeting at a Michael's store wasn't quite so glamorous, however. "We both looked like sh*t, we were both like, 'Oh god. No…'" Glanville, who added it's nice RHOBH added "a little flavor f*cking finally." She told ET, "But we were in line together, so we had to say hi. But, no, she's lovely. She's gorgeous. And I'm excited!"

Glanville officially left RHOBH in 2015 but has since made several cameo appearances, most recently in Season 9. As for whether she'll be popping up again in the new season, the Drinking and Tweeting YouTube series host teased to ET that she and executive producer Andy Cohen have "talked about it." Glanville noted that the women are currently filming, and they have invited her "to do things" but her schedule hasn't yet lined up with the shooting schedule.

Adding that "it has to be the right time and it has to make sense" for her to return to RHOBH, she remains close with the cast, which also includes: Kyle Richards, Erika Girardi, Lisa Rinna, Dorit Kemsley, Teddi Mellencamp, and Denise Richards. Glanville also reveals that she knows "all the gossip" thanks to frequent texting with the women.

Richards previously responded to rumors Glanville could return for RHOBH Season 10 during a June guest appearance on Sirius XM's The Jenny McCarthy Show. Despite Richards and Glanville having plenty of drama in the past, the Halloween Kills actor said that she and her former cast mate had "put the past behind" them and she'd "honestly" like to see Glanville return to the show. She even remarked that Glanville was "kind and sweet" during a recent encounter. That's not to say Richards wouldn't be "nervous" about the comeback because, as she added to McCarthy "she can go very low, to be honest."

As Glanville tweeted on June 11, "If @KimRichards11 myself and @KyleRichards can all move forward... 90 percent of people should STFU and make up." (Glanville also referenced RHOBH alum, Kyle's sister Kim Richards.)

The addition of the new women comes on the heels of Lisa Vanderpump quitting RHOBH after nine seasons on the reality hit. Glanville has also notoriously clashed with Vanderpump as well, but noted to ET that her onetime foe "has everything" and is "at the next chapter" of her life right now. "She's not getting in a bikini and jumping off cliffs," joked Glanville. She also harbors no ill will towards the Vanderpump Rules star, adding to ET that "it's not fun to watch someone that you used to love kinda go down."

Glanville plans to make at least one appearance in RHOBH Season 10, per ET, and from the sound of her positive comments about all the other women, she might strike a different tone than she did in past seasons.