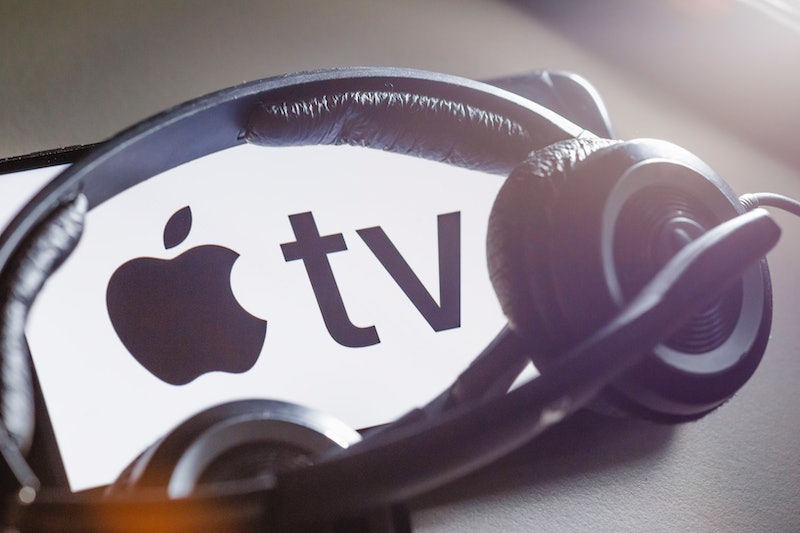 With Apple’s new content service, Apple TV+, set to launch on Nov. 1, you might be wondering how to know if you should get Apple TV+ in the first place. After all, with so many other streaming services out there, many of which offer excellent original content in addition to a back catalog of other favorite movies and TV shows, you might be questioning if you really need to add one more to your stable. Obviously, all answers to the question, “Should I get Apple TV+?” are valid; what’s more, equally obviously, whether or not it makes sense for you to spring for the service depend on where your own personal priorities and interests lie.

Apple TV+ was originally announced in March of 2019, although it had been in the works for some time; the first piece of original programming from the company launched in 2017, long before the full service had been completely envisioned. With more and more streaming services filling in the ranks formerly occupied primarily by Netflix, Hulu, and Amazon Prime, though, it was only a matter of time before Apple decided to go all in on the original programming game. And, well, here we are: Apple TV+ arrives on Nov. 1, 2019.

There are a number of factors to consider when deciding if Apple TV+ is your jam or not. Here are a few of the most pertinent:

First things first: Do you have easy access to a device that will actually be able to play Apple TV+? Or, more specifically, do you have easy access to a device on which the Apple TV app is available, since that’s the only way you can actually watch Apple TV+? If you have an iPhone, iPad, Mac, or Apple TV, you’re all set; the app comes native to all of Apple’s own devices. In an effort to expand Apple TV+’s reach, though, the Apple TV app also expanded to a number of non-Apple devices in the lead-up to the streaming service’s debut; you can, for example, find it on some Samsung smart TVs, on newer Roku devices, and some Amazon Fire TV devices. Alas, though, if you don’t currently have a device capable of running the Apple TV app, it doesn’t make sense for you to get Apple TV+, simply because you, uh… won’t be able to watch it.

Next up: Cost, and/or whether you’re planning sharing that cost with other people. Apple TV+ is currently priced at $4.99 per month, which is actually cheaper than many other streaming services: Netflix’s most basic plan is $8.99 per month; Amazon Prime is $12.99 on a monthly basis or just shy of $10 if you shell out for an entire year upfront; and Disney+ will cost $6.99 per month. Even Hulu’s cheapest plan is more expensive than Apple TV+ at $5.99 per month.

Of course, while Apple TV+ may be cheaper than these other services, there’s also a heck of a lot less content on it right now. The platform will boast only eight programs at launch, and although more are forthcoming, that’s… not a lot of bang for your buck. It’s a different model than most existing services in that it’s not relying on a huge back catalog of existing offerings to draw in viewers and throwing in a few original programs on top — but again, that also means that, although you might be paying less overall, you’ll also get access to less content.

The good news, though, is that Apple TV+ offers a free, seven-day trial so you can take an actual look at the whole thing before you decide whether or not to open up your wallet for it. Plus, Apple TV+ will be easily shareable: One account is good for up to six “family members,” according to the Apple TV+ website. It’s not clear exactly who qualifies as a “family member,” but if you, say, live with a couple of roommates and all opt to split the service, you could wind up paying less per viewer than the full amount.

What Can You Actually Watch On It?

And, of course, there’s the actual content — which, y’know, is probably the primary deciding factor on whether or not it’s worth it for you to get Apple TV+. If the selection of original programming available on the service appeals you, then by all means, go forth and subscribe.

Based on the current slate of programming, I can envision a few different kinds of viewers that Apple TV+ might excite. One is what I’ll call the Nostalgia Viewer: A reboot of the ‘90s kid’s television favorite Ghostwriter will debut along with the service’s launch on Nov. 1; a reboot of ‘80s TV classic Amazing Stories has been announced, although no premiere date is currently available; and at some point, we’ll be getting a television series adaptation of Terry Gilliam’s Time Bandits with Taika Waititi at the helm.

Apple TV+ might also look promising to folks into sci-fi — and, indeed, the eight launch programs include two that might be of interest right off the bat: The Jason Momoa-led See and alternate history space race series For All Mankind. A television adaption of Isaac Asimov’s Foundation series will also be coming later.

Speaking of the Foundation series, lovers of book-to-film adaptations will find a lot here, as well, although not til later on: Stephen King’s Lisey’s Story, Min Jin Lee’s Pachinko, Paul Theroux’s The Mosquito Coast, and Amy Silverstein’s My Glory Was I Had Such Friends are all among the wide range of programming on the slate that will bring stories originally told on the page directly to the screen. And, perhaps a bit more tangential, but related nonetheless, there’s Dickinson, a teen/period comedy look at the life of Emily Dickinson starring Hailee Steinfeld that’s available as of Nov. 1.

There’s also at least one “prestige” offering that will be available starting right on Nov. 1: The Morning Show, a drama with a cast full of stars. Jennifer Aniston, Reese Witherspoon, and Steve Carrell headline it, but other cast members include Gugu Mbatha-Raw, Mark Duplass, Bel Powley, and Billy Crudup.

There is, however, the issue of the fact that early reviews of many of the eight launch programs… aren’t great. The Morning Show has been described as a missed opportunity. Dickinson had a mixed reception, with some critics praising it as a fresh take on the highly specific “historical setting with a modern twist” genre; others, though, just found it confusing. For All Mankind sounds like the most promising of the bunch, but it’s also been called merely “fine, but familiar.” See, meanwhile, is apparently… just plain bad. Whomp, whomp.

Do with all that what you will.

Did You Just Buy A New Apple Device?

If so, you actually don’t need to make this decision at all: According to Apple, “any new iPhone, iPad, iPod Touch, Apple TV, or Mac capable of running the latest iOS, iPadOS, tvOS, or macOS purchased after Sept. 10, 2019 from Apple or an Apple authorized reseller” will be gifted with one free year of Apple TV+. There are some stipulations, of course — only one device per Family Sharing plan is eligible (so, you can’t buy multiple devices and stack the promo), for example; additionally, the service will automatically renew with the $4.99 per month charge if you fail to cancel before your free year is up — but, I mean, hey, if you already have a new device in your hand, you may as well redeem the offer, right?

Ultimately, you’ll have to take a good, long look at your own needs and situation to see whether it makes sense for you to get Apple TV+ — but at least there’s no rush. The company clearly plans to run with the service for some time, so you’ve got plenty of time to make a decision either way. Find out more at Apple's website.