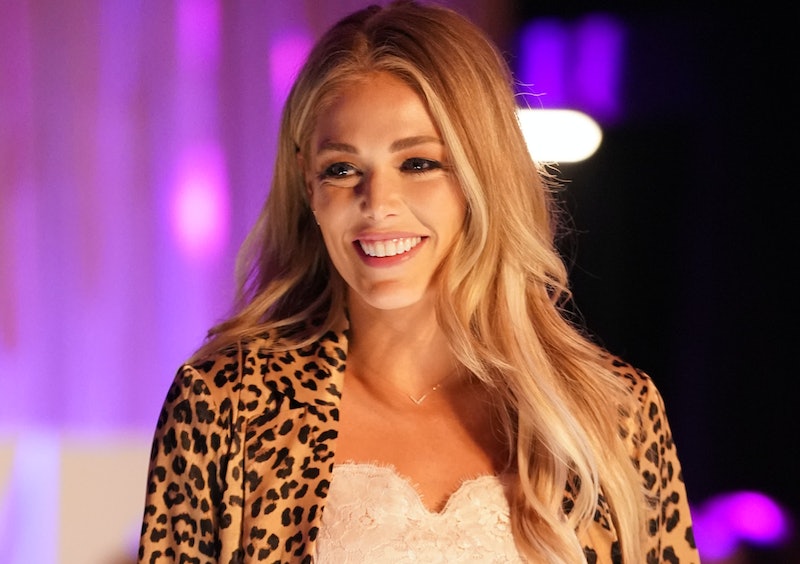 Entering hometown dates on The Bachelor, Kelsey is still competing for Peter's heart as one of his final four women. But if Kelsey is single after The Bachelor, fans already have another guy for her in mind. As is standard for Bachelor contestants, Kelsey hasn't posted anything that would give her current relationship status away. We'll have to wait and see if Peter sends her home as the rest of the season plays out — and if he does, some people are hoping that Kelsey and Derek Peth of The Bachelorette and Bachelor in Paradise will get together.

While Kelsey is keeping things pretty tightlipped on her Instagram page, Derek's actions on social media are the reason people have started shipping them. He showed his support for Kelsey being so emotional during champagne-gate by sharing a screengrab of him crying when JoJo sent him home on The Bachelorette. Yet, the rumor mill wasn't set in motion until Derek commented on Kelsey's Instagram post encouraging her fellow Iowans to get involved in the Democratic caucuses.

Derek, who has been known to get political on his own pages, wrote in the comments, "wait...a contestant unafraid to help get others involved in the world around them!? here for this!!!"

Derek didn't imply anything romantic, simply that he appreciated the fact that Kelsey was willing to encourage Democrats to engage in the election process. But that was all it took for people to see a possible connection between them. Plus, it doesn't hurt that Derek, who lives in New York City now, is also originally from Iowa.

Peter himself has to take a journey to Iowa during hometowns before we learn if Kelsey is still in the running to win The Bachelor. But if Kelsey is rejected by Peter, she could make for a great Bachelor in Paradise contestant as the aforementioned champagne-gate displayed. It's unlikely she'd run into Derek on the beach though since he's been to Paradise twice — once where he ended up in engaged to Taylor Nolan (they split less than a year later) and once where he voluntarily left after things didn't work out with Demi Burnett or Tayshia Adams.

Yet, even when love doesn't work out on air, it's not unheard of for members of Bachelor Nation pair up through shared connections, like Kaitlyn Bristowe and Jason Tartick. So if Kelsey gets sent home and ends up doing Derek's podcast, fans rooting for these will anxiously be waiting to hear if sparks fly between them.

More like this
All The Clues Zach & Christina Are Together After 'The Bachelor'
By Grace Wehniainen
Zach Addressed His "Boring Bachelor Energy" After His Group Date With Latto
By Grace Wehniainen
Rachel Responded To 'Bachelor' Fan Theories About Her TikTok With Clayton
By Grace Wehniainen
Kaitlyn Bristowe Said Chris Harrison Ignored Her After Her 'Bachelorette' Hosting Gig
By Grace Wehniainen
Get Even More From Bustle — Sign Up For The Newsletter
From hair trends to relationship advice, our daily newsletter has everything you need to sound like a person who’s on TikTok, even if you aren’t.