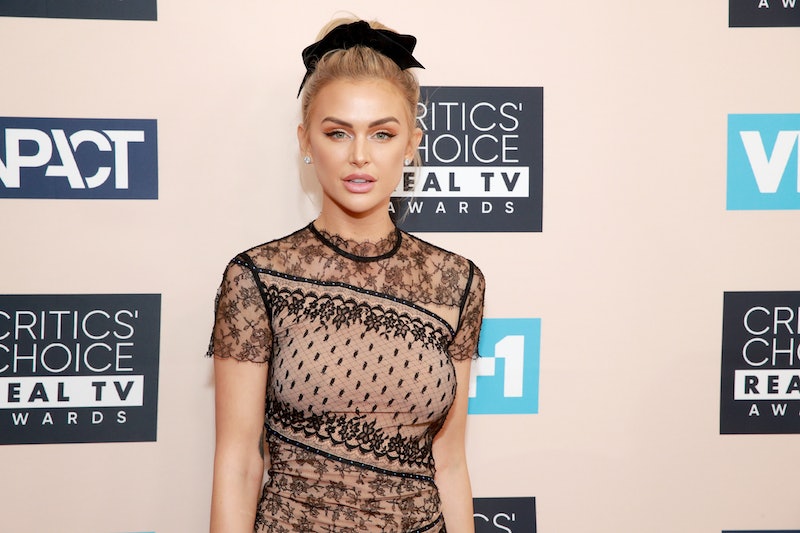 Love is in the air at Jax and Brittany's wedding, and we're not just talking about the happy couple. Ahead of the wedding on Saturday, June 29, Lala Kent shared a touching Instagram post for Jax Taylor and Brittany Cartwright, wishing the bride-and-groom-to-be lots of love and happiness before they tied the knot.

In the midst of the couple's wedding festivities on Friday, June 28 — which included a party bus and a Taco Bell truck — Lala took to her Instagram Story to share her wishes for Jax and Brittany ahead of their big day. "Tomorrow, two of my best friends will become one," she wrote, alongside a red carpet photo of Jax and Brittany. "Jax and Britt, I'm honored to be apart of your magical day. Your journey is inspiring and beautiful."

Lala's post continued, with well wishes and advice for the soon-to-be newlyweds. "May no one ever take away from the foundation you have built. You deserve all the love and happiness in the universe." The Give Them Lala founder wrapped things up with a play on the couple's wedding hashtag, writing, "Jax, you got it Wright," along with a red heart emoji. In response, Brittany reposted the sweet note on her own Instagram Story, adding, "OMG love you Lala so much!" The groom also shared the note on his social media, thanking Lala for her sweet words.

Lala wasn't the only Vanderpump Rules cast member to gush about the happy couple ahead of their wedding day; on Saturday, Kristen Doute shared a slideshow of adorable photos of Jax and Brittany on Instagram, along with a caption sharing her excitement to see the pair finally tie the knot. "IT’S WEDDING DAY!" Kristen began, adding a bride and wedding ring emoji for emphasis.

"I’m so proud to call the two of you my best friends. You’re a match made in heaven! Thank you for letting me be a part of your happily ever after," she wrote. Alongside her well wishes, Kristen shared photos from the couple's pre-wedding celebrations, as well as several adorable candid shots that showcase just how in love Jax and Brittany are.

After meeting in Las Vegas back in 2015, Jax and Brittany dated for three (somewhat tumultuous) years before he proposed in June 2018. Jax surprised his longtime love with a lunch date at the oceanside restaurant, Neptune's Net, in Malibu, where he popped the question with a sparkling square diamond ring in front of the Vanderpump Rules cameras. "Omg omg!!!!!!!! We are ENGAGED!" Brittany wrote on Instagram at the time.

"What a way to start our summer and season 7!! I am so happy, so in love, and so beyond excited for this next chapter of our lives!" she continued. "I can’t wait for all of you to see how he proposed! I am the happiest girl ever right now."

A year later, on Saturday, June 29, the pair will tie the knot at the Kentucky Castle in Brittany's hometown of Versailles, Kentucky, with both Lala and Kristen as part of the wedding party. Their ceremony will reportedly be performed by friend and former *NSYNC member, Lance Bass, and thankfully, all of the weekend's wild festivities will be captured for posterity by the Vanderpump Rules crew.

Of course, Jax and Brittany aren't the only SURvers getting ready to walk down the aisle; in September 2018, Lala announced that she was engaged to longtime boyfriend Randall Emmett after meeting him while filming Season 4 of Vanderpump Rules. According to Bravo, the pair plan to wed on April 18, 2020, and are hoping to enjoy a long engagement.

If Jax and Brittany's wedding vows are even half as sentimental as Lala and Kristen's gushing social media messages, it seems unlikely that there will be a single dry eye in the house when they finally tie the knot later today.