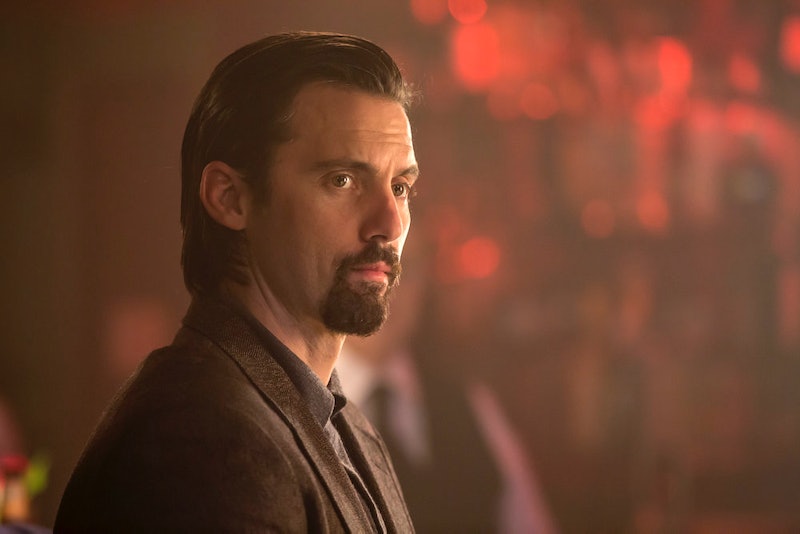 In Season 1 of This Is Us, Kevin tells his nieces how everything in life is interconnected across time, and I'm beginning to think he was onto something. As reported by Entertainment Weekly, it seems Milo Ventimiglia's This Is Us roots go way back — like all the way to 1996. While the hit NBC series was nowhere near existence at the time, the show's future producer, Ken Olin, was doing some acting of his own in the short-lived EZ Streets.

During one of the one season wonder's nine episodes, Olin's character is seen comforting a woman he seems to have a close connection to. The scene shifts into a flashback sequence and who is playing the younger version of his character? A fresh-faced Ventimiglia, who was at the very beginning of his career. Hollywood is a small world, but there's no denying this little quirk of TV fate is cool.

At the time, there was no way for the two actors to know that their paths would across again two decades later during the course of bringing the Pearson family drama to life. There was certainly no way to know this young actor would one day play one of TV's most remarkable fathers. During the ATX Television Festival, Olin reportedly discussed the short scene, and offered nothing but praise for Ventimiglia's work — even though it involved mainly kissing, in this particular instance. According to EW, he said,

"He plays a young version of the character, and he's great. Hes better in the six seconds that he's on than I am in a minute and a half of me trying to be earnest."

See, there's a reason why the This Is Us cast and crew feel like a family onstage and off. They seem to genuinely adore one another. Check out the clip below, and try not to be shocked that even as a teenager the Gilmore Girls actor had amazing hair.

These two actors have something else in common besides playing different versions of the same character — they're both best known for their work in family dramas. Olin came to fame in the classic '80s series Thirtysomething before producing and starring in ABC's Brothers & Sisters. Meanwhile, Ventimiglia's most famous role prior to This Is Us was as bad boy Jess Mariano in Gilmore Girls. If EZ Streets hadn't brought them together, surely their similar career paths would have still led them both to This Is Us.

This '90s connection adds a Pearson family-worthy twist to the story though, and I'm going to take it as a sign that the universe has been priming Ventimiglia to take on the role of Jack Pearson since he was just a floppy-haired teen.