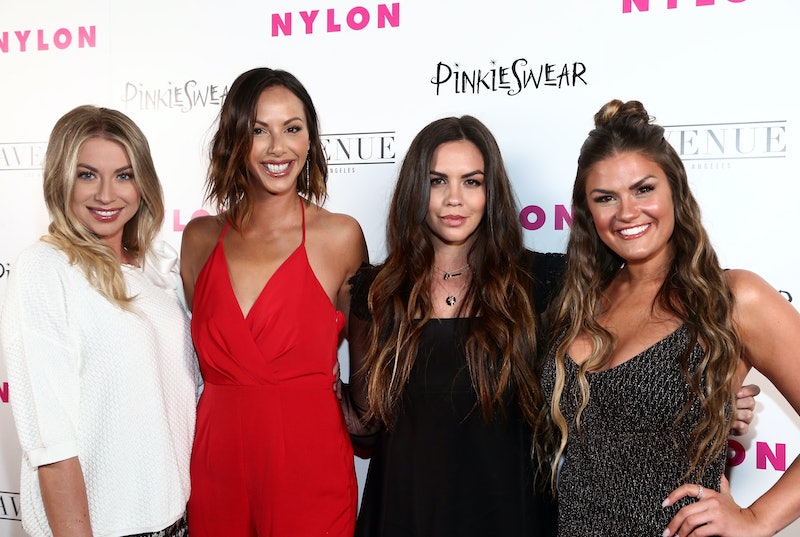 Hey, hey, hey, hey, what’s going on here? The Vanderpump Rules cast went to the Saved by the Bell pop-up, that is what. On Wednesday, eight members of Pump Rules' Sexy Unique Ensemble and two Vander-boyfriends threw on their finest early ‘90s getups and headed over to Saved by the Max, a Saved by the Bell-themed restaurant that is currently serving dishes with names like Mac & Screech, as well as heaping helpings of nostalgia, in West Hollywood. Raise your Zachary Daiquiris high.

Thanks to Saved by the Max, Tom Schwartz, Jax Taylor, Brittany Cartwright, Kristen Doute, Tom Sandoval, Ariana Madix, Stassi Schroeder, Katie Maloney, Brian Carter, and Beau Clark got a chance to roam the halls of Bayside High, poke around Mr. Belding's desk, and eat at a wonderfully neon diner that would without a doubt get a stamp of approval from Zack Morris, Kelly Kapowski, Screech, A.C. Slater, Jessie Spano, Lisa Turtle.

The final episode of the sixth season of the best reality television show of our time aired on Monday, and it will be several long, arduous months before it returns. What can a Vanderpump Rules fan do until then? They can scroll through the photos and videos of the cast’s trip to the Saved by the Bell pop-up. And when they're done doing that, they can look forward to even more Sexy Unique Instagram Content that will certainly appear during the Pump Rules offseason. And before they know it, Season 7 will be here. It's alright, because Pump Rules fans are saved by the social media posts.

More like this
Netflix Reveals First Look At Wednesday In The 'Addams Family' Spinoff Series
By Bustle Editors
Selena + Chef Season 4 Was Filmed At Hannah Montana's Old Malibu House
By Jake Viswanath
Before 'Bullet Train,' Revisit These Brad Pitt 'Fight Club' Premiere Photos From 1999
By Grace Wehniainen
Shakira Joked About An Early 2000s Video Of Her First Camera Phone Encounter
By Stephanie Topacio Long
Get Even More From Bustle — Sign Up For The Newsletter