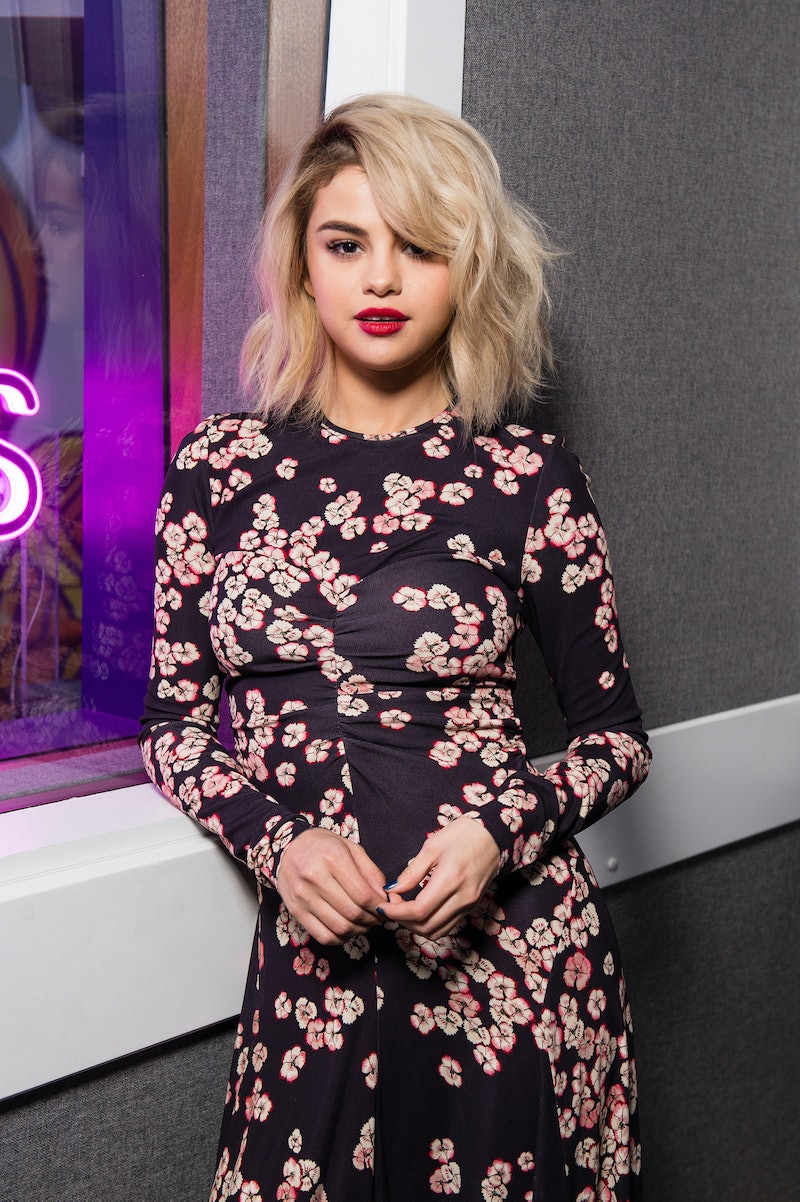 Sometimes you just need to clean up your social media. That might be the case here, because Selena Gomez unfollowed a lot of people on Instagram, Seventeen reported Monday. According to the publication, the singer/actor stopped following many of her friends and fellow celebrities, like her assistant Theresa Mingus, Gigi Hadid, and Demi Lovato, according to ELLE UK. As of Monday, those Gomez is still following includes Jessica Alba, Francia Raísa, Amy Schumer, and Taylor Swift. ELLE UK also reported the 25-year-old 13 Reasons Why producer's following list went from 316 to 37. In addition to Gomez unfollowing a bunch of people, her Instagram profile picture was changed to one of her mother, Mandy Teefey.

It's unclear why these changes went into affect, but there's a chance it wasn't even the former Disney Channel star who made them. According to a March 2017 interview with Vogue, her assistant is in control of her Instagram, Gomez doesn't even know her password, and the app isn't on her phone. Or, maybe Gomez does have her password now and decided to do some early spring cleaning, because, well, she felt like it. Or, what if she's pulling a T. Swift and getting ready to make some major announcement?

Whatever the reason, it's no secret Gomez has her ups and downs with Instagram. "As soon as I became the most followed person on Instagram, I sort of freaked out," Gomez told Vogue. “It had become so consuming to me. It’s what I woke up to and went to sleep to. I was an addict, and it felt like I was seeing things I didn’t want to see, like it was putting things in my head that I didn’t want to care about. I always end up feeling like sh*t when I look at Instagram. Which is why I’m kind of under the radar, ghosting it a bit."

When it comes to Gomez's profile pic, well, there might be a connection to the recent rumors surrounding the mother-daughter duo. In December of last year, TMZ reported Teefey was hospitalized after being "worked up" about Gomez reconciling with Justin Bieber. At the time of TMZ's report, Bustle reached out to both Teefey and a rep for Gomez, but didn't receive an immediate response.

A "source close to the family" confirmed to People that Teefey was voluntarily examined by a medical professional, but it had nothing to do with Bieber. "It’s been a stressful time for Mandy and she made the decision herself to go to the hospital and make sure everything was okay. This wasn’t just about Justin." The source also added, "It’s true her family doesn’t approve of Justin, but this wasn’t just over a fight about him." On Dec. 19, 2017, ELLE even reported that Teefey and Gomez unfollowed each other on Instagram. A source also told People on Dec. 22, 2017 that they aren't on speaking terms. (Bustle reached out to Teefey and a rep for Gomez regarding this report, and to a rep for Gomez regarding her Instagram changes, but did not receive a response at the time of publication.)

It's unclear if any of the reported drama between Gomez and Teefey has anything to do with the singer's new profile picture, but it seems she's been doing a lot of reflecting about her childhood. On Sunday, the "Fetish" singer posted a photo of herself on the steps of her old home in Grand Prairie, Texas. As you can see below, she wrote with it:

The home I grew up in, from birth to 13... (no one was home when I knocked this time lol) I visit this place every chance I get. In many ways it very well could have been better than my life today, but I’m grateful for a voice that can enable change today. Even when I don’t know how to do it well or actually want it. I love you Grand Prairie. Thank you. [heart emoji]

This isn't the first time the "Wolves" artist's social media account has made headlines. In early December 2017, Gomez set her Instagram to private. The decision came after posting a mysterious message on her Instagram story about her November 2017 Billboard cover. It seemed like she was trying to make a point, but Gomez never officially commented on the matter. She once again made her Instagram public less than 24 hours later. (Bustle reached out to Gomez's rep for comment on the change and on her reported Instagram Story post, but didn't receive a response.)

Who knows what is going on with her Instagram at this point in time, but there's no way this will be her last time switching up her social media.