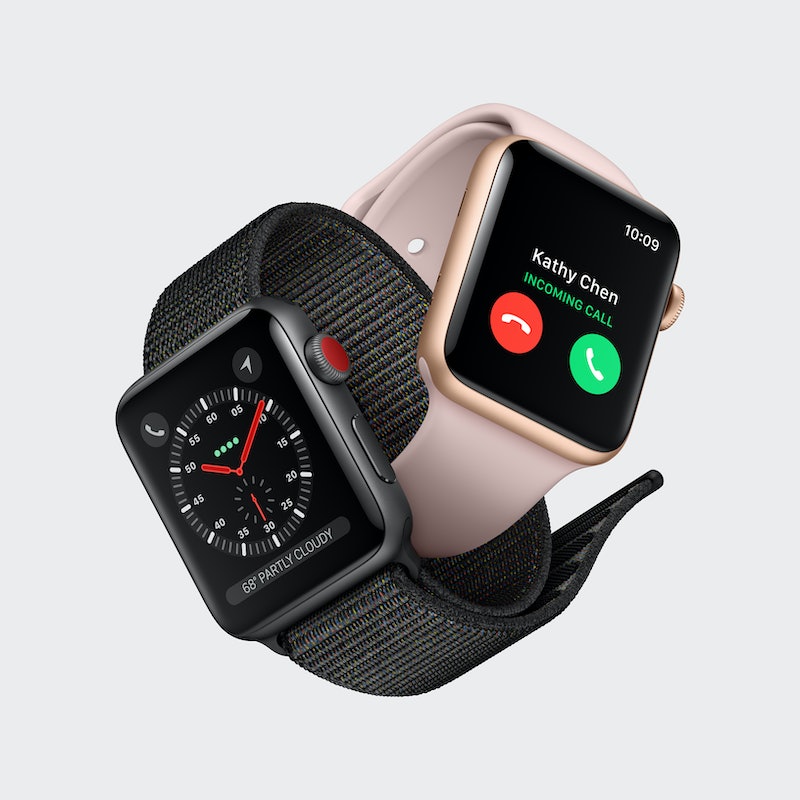 If you've been holding back on getting the Apple Watch because you were waiting for the price to go down, Black Friday is your time to shine. Your favorite retailers like Walmart, Target, and Best Buy are offering great deals on Apple Watches for the holiday weekend. There are plenty of different Black Friday deals on the Apple Watch that'll help you get the watch you want at a price you'll love.

The first Apple Watch was introduced in September of 2014 by CEO Tim Cook, who boasted the device's fitness features, according to an Apple press release. Since then, there have been four more Apple Watch series, including the most recent Apple Watch Series 5, which features all new international emergency calling and an always-on retina display.

On top of this, Apple also released different versions of the watch, including the Apple Watch Nike, advertised by Apple as the "perfect running partner," the Apple Watch Hermes, a classy stainless steel version, and the Apple Watch Edition, made with titanium and ceramic casing. Each watch is made to focus on helping users with everyday aspects of their lives like productivity, fitness, and physical health, and safety. With a built-in heart sensor, loudspeaker, bluetooth capabilities, and much more, the Apple Watch has plenty of features to cater to whatever you might need — you just have to choose which one you want.

Here are 12 of the best Black Friday deals on the Apple Watch:

More like this
11 Podcasts About The History Of Juneteenth
By Emma Carey
Poshmark Vs. Depop: How The Reselling Apps Compare
By Emma Carey
How To Protect Your Digital Privacy If You Need An Abortion Post-Roe
By Kaitlyn Wylde
How to Delete (or Pause) Your Hinge Account
By Emma Carey
Get Even More From Bustle — Sign Up For The Newsletter