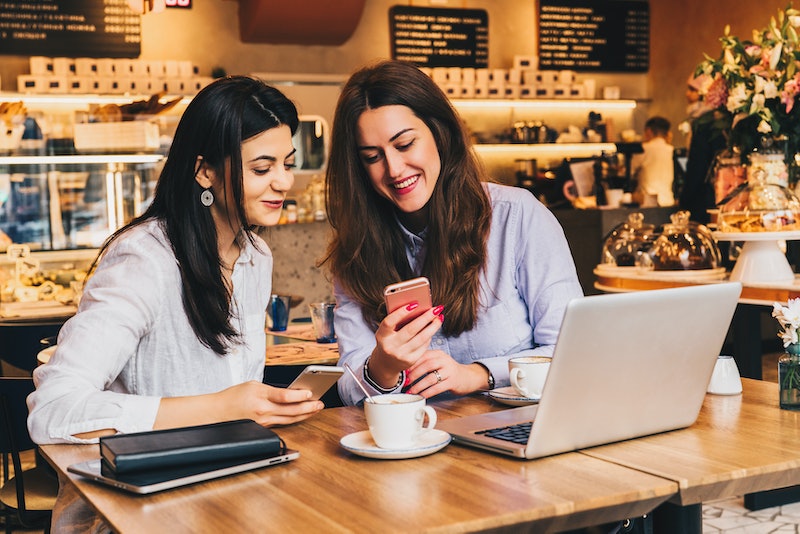 It's Capricorn season, which always carries its particular brand of serious, goal-oriented focus. But if you've noticed an influx of time-to-slay energy, it's probably not just in your head. While Capricorn season is marked by the Sun's transit through the sign alone, right now we have a whopping five planets in Capricorn all at once, creating what's known as a stellium in astrology. It's like Capricorn season intensified, and the heavy Capricorn stellium energy will affect all zodiac signs this month.

"What a way to begin the year — with this monumental, history-changing Capricorn stellium!" says astrologer Nura Rachelle, also known as Moon Mystic, who spoke with Bustle about the heavy Capricorn vibes we're currently experiencing. Rachelle noted the tight-knit cluster of planets currently residing in Capricorn's territory at the moment, adding, "The Sun is conjunct Mercury exactly [in Capricorn], plus Ceres, Saturn, and Pluto are all between 20˚-22˚ Capricorn." She also pointed out that Jupiter and the South Node are part of this Capricorn mix. A stellium in astrology is defined as three (or four, if one is the Sun or Moon) or more planets clustered together in a single sign — and we are very much experiencing one now.

Let's break this down: Lucky planet Jupiter entered Capricorn last month, on Dec. 2, 2019, which is giving us all a stronger work ethic and more practical strategy for making our dreams a reality in 2020. The Sun followed suit on Dec. 22, marking the official beginning of Capricorn season. Then the following week, on Dec. 28, Mercury entered Capricorn, which is helping us to think rationally and be direct and shrewd in communicating through Jan. 16. And as for the slower-moving outer planets, Saturn and Pluto have been chillin' in Capricorn for a while now: Saturn entered the sign back in December 2017, whereas Pluto has been here since January 2008. (I know that's a lot of dates to keep track of, but it's Capricorn season and we're all hyper-focused, so you should be able to keep up.)

The upside of kicking off the year with such an intense load of Capricorn energy? Get ready to be a ruthless boss babe and slay your goals. "With five planets stacking up in ambitious Capricorn, there’s no ignoring the serious-minded energy that this sign brings to the table," shares astrologer Stephanie Powell, head of content at Astrology.com and Horoscope.com, who spoke with Bustle about this stellium's effects. "Work may be at the forefront of our minds, to the point of personal detriment." All work and no play makes everyone a little bummed, right?

Which leads us to the downside of this stellium: We can't happily slay our goals if we're overworked to the point of not checking in with or taking care of ourselves. "Incorporating self-care is a priority during this stellium — Capricorn can convince us to keep working like the energizer bunny, and can create an imbalance in our home and work life," continues Powell. In addition to this stellium, Capricorn season is also serving us a chaotic and transformational lunar eclipse and full moon in Cancer on Jan. 10, as well as an intense and rare Saturn/Pluto conjunction that has the potential to turn things upside down on both a personal and global level. That all said, prioritizing self-care is going to be extra important during this period if we don't want to burn ourselves out.

During this time, we may also notice changes in the hierarchies at work or in our personal lives. "In the zodiac wheel, Capricorn governs a quadrant that is representative of a paternal energy — this can translate as shifts with prominent authority figures in our lives," explains Powell. "If you’re noticing a change, it’s important to recognize that you’re not alone — we’re all being triggered by this Capricorn-heavy charge."

These themes are broadly affecting all of us right now, but if you want to look deeper into how this Capricorn overload might be hitting you specifically, you'll want to consult your birth chart. "To best maneuver this energy, find which house 22˚ Capricorn sits in your birth chart." advises Powell. "This is the area of your life that will require the most attention and transformation for the next coming weeks."

And if you happen to be a Capricorn, well then, happy turbo-Capricorn season to you! You may be feeling the effects of this stellium even more powerfully than other signs — and depending on where in Cap season your birthday falls, this stellium (and this season's full moon/lunar eclipse) might even be life-changing. "If your natal Sun is anywhere around 20˚ Capricorn, you are releasing an old idea of purpose and reincarnating into a new form of leading, initiating, and integrating transformational magic into your life," explains Rachelle to Bustle. If you don't know the Sun's degree in your birth chart, you can look it up online using your birth time or consult a professional astrologer.