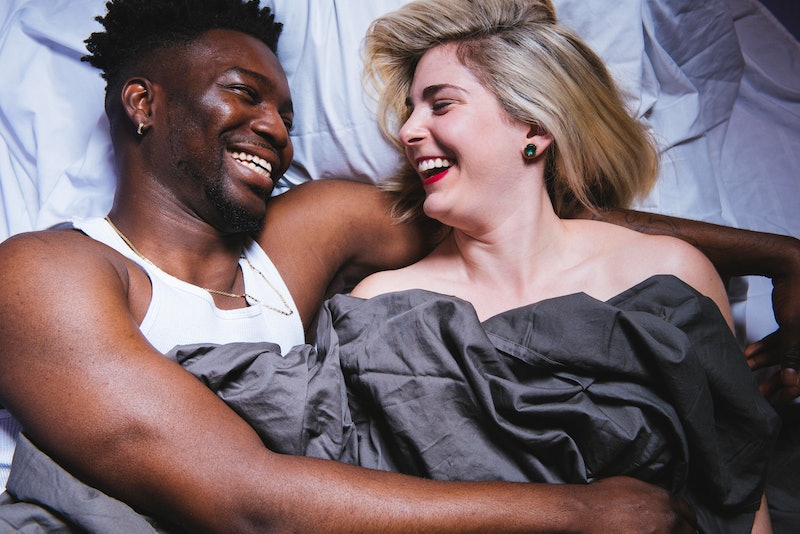 If you’re into astrology, you believe that it influences every part of your life. From how you interact with other people to the type of job you take to, yes, your sex life. But are there differences in the zodiac sign's sex lives?Like are some getting it way more than others? A recent survey from the sex toy company Lovehoney suggests that might be the case.

Lovehoney reached out to 3,500 people, both within their community and outside of it, to find out if there are any correlations between star signs and sex lives. They found that Aquarians have the most sex of any sign and that they’re the most satisfied with their sex lives.

"Aquarians are the most sex-positive sign in the zodiac," astrologer Cindy McKean tells Bustle. "They are ruled by the planet Uranus, which makes them spontaneous, forward-thinking, and emotionally detached. Without having to deal with the emotional muck that sometimes can come when two people sexually unite, sex to an Aquarius is like a healthy daily jog .For an Aquarius, sex is as natural as eating and sleeping, so they hold no shame about it. As an air element, they value social contact and for them sex happens to be part of interacting with people."

And when it comes to sexual satisfaction, the order from most to least was Aquarius, Capricorn, Libra, Aries, and Taurus. They also found some interesting tidbits about the types of sex toys each sign prefers — and what they might be doing with them. Below, are the signs having the most sex in descending order.