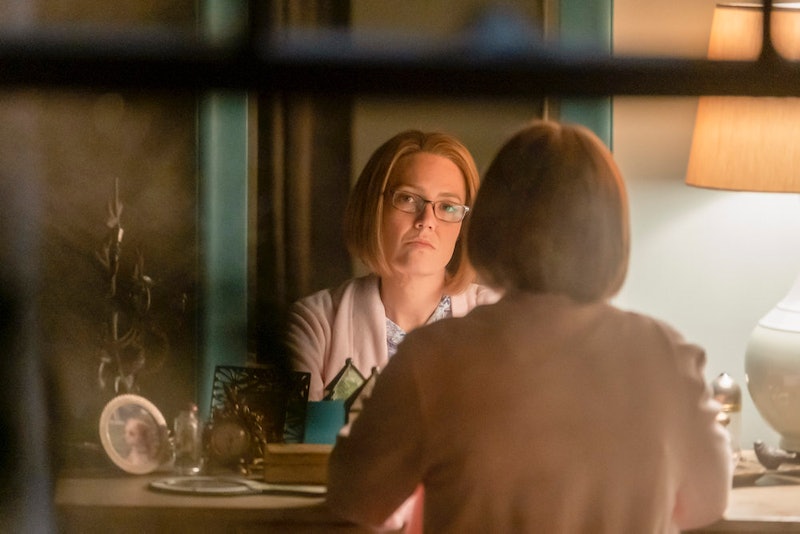 Jack Pearson's death may have initially been what kicked our detective instincts into overdrive, with fans pouring over the possible scenarios of what could've happened to the world's favorite patriarch. But new This Is Us Season 4 theories have emerged alongside the new mysteries from the flashbacks and flash forwards since then. The flash-forwards in particular have proven to be very telling, indicating that Rebecca's health is in jeopardy of taking a dark turn for the worst. Not to mention what could become of Toby and Kate's marriage or what ultimately leads to Kevin and Randall no longer being on speaking terms.

The more this season progresses, the more questions seem to come out of the woodwork. So to help keep track of the numerous theories, let's take a closer look at the ones that have yet to be disproven...

Earlier this season, teenage Kate was introduced to her first serious boyfriend, Marc. And while their relationship seemed innocent enough at first, a few remarks that adult Kate made about him in the present day has cast a dark shadow on this particular love connection. It remains unclear what exactly happened between the two of them, but it's definitely raised a few red flags and prompted some fans like Reddit user picklerick1999 to theorize that Marc will become controlling and possibly even abusive toward Kate.

He's already started showing a few of those unsettling behaviors in the flashbacks that have been shown, like when he showed up at her house without an invitation and called himself her boyfriend without her consent. But small, seemingly harmless gestures like that can quickly snowball into something bigger and find Kate in a dangerous situation down the road.

Toby & Kate Will Get Divorced

In a Season 3 flash-forward, a much older Toby was shown not wearing his wedding ring and Kate was nowhere to be found, leading many to worry that their marriage will be in jeopardy. That fear remains more prominent than ever, especially given the secret texts Toby was having with a woman he met at CrossFit and the internal struggles he's facing about their son, Jack. Kate and Toby's relationship has managed to survive a lot so far, but that doesn't mean it'll necessarily stay that way forever.

Even now, Rebecca still hasn't been given an exact diagnosis to explain her deteriorating memory loss, but it definitely seems to be headed in the direction of either Alzheimer's or dementia. During the midseason finale flash-forward, which takes place only 9 months in the future, Rebecca was escorted home by police after she couldn't remember where she was or how to get back to her family. If her mental facilities are already starting to decline that early on, it suggests that things will only continue to get worse from there and could very well be what causes the rift between Randall and Kevin.

Piggybacking off of the Alzheimer's theory, Reddit user shut_the_duck_up adds a new layer of sadness to the mix by suggesting that Rebecca's condition causes her to believe that Nicky is actually Jack, which would explain why he was shown at her bedside in the Season 3 flash-forward.

Nicky may have even agreed to play along, knowing how much it would break her heart to constant have to remember the fact that her beloved husband is dead.

Randall Is Hallucinating The Intruder

At the end of last Tuesday's episode "Light and Shadows," Randall encountered an intruder in his own while the rest of his family was asleep upstairs. But what if the intruder isn't really there and is simply a manifestation of Randall's own mental health struggles?

“It is going to be the straw that leads to Randall to have to re-evaluate what’s going on with his own mental health and how much he can handle,” executive producer Isaac Aptaker told Entertainment Weekly while discussing that jaw-dropping final scene. That certainly seems to suggest that Randall could be hallucinating the entire thing and force him to realize that he needs help.

The Intruder Is Marc

Then again, Reddit user lovemycat45 came up with the theory that Kate's teenage boyfriend, Marc, is the intruder. Perhaps Randall intervened with his relationship with Kate back in the day and he still holds a grudge.

Some of these theories may be a bit more of a stretch than others, though when it comes to this show, anything is possible.

More like this
Netflix Shut Down 'Bridgerton' S3 Rumours About A “Very Dark” Storyline
By Bustle
'The Last Of Us' Has Officially Been Renewed For Season 2
By Darshita Goyal
This 'Gossip Girl' Wardrobe Error Has Gone Viral On TikTok
By Alyssa Lapid
Everything To Know About 'RHONY' Season 14
By Jake Viswanath, Alyssa Lapid and Brad Witter
Get Even More From Bustle — Sign Up For The Newsletter
From hair trends to relationship advice, our daily newsletter has everything you need to sound like a person who’s on TikTok, even if you aren’t.