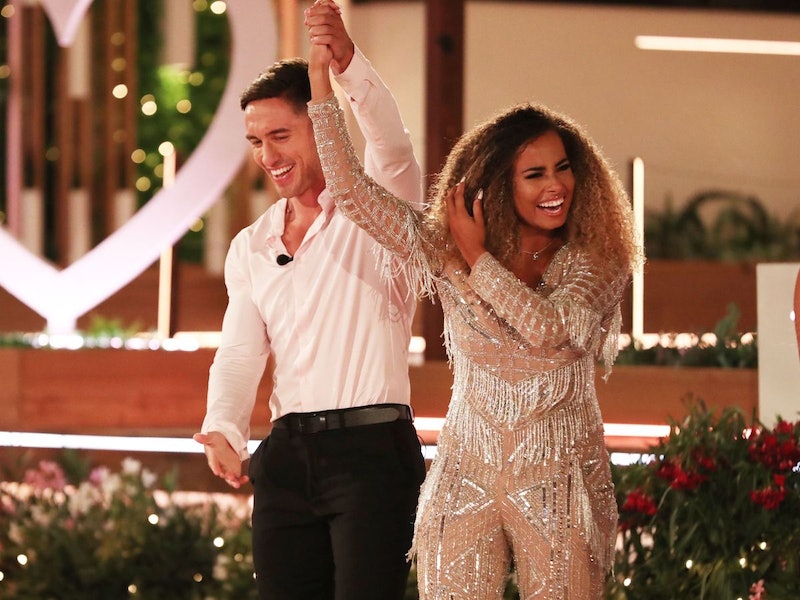 Even typing the word 'reunion' after Love Island makes my heart skip a beat. Accepting the end of such an important annual TV event is a bit crushing really isn't it. Although TBH, not being tied to that nightly commitment isn't so bad either. There were more make ups and break ups in this year's Love Island than your average teenage school disco. Which is totally why we love it but guys, real talk, with all that drama and more to come, the question is who will show up? Who's on Love Island: The Reunion?

I contacted ITV for comment on this and will let you know what they have to say on the matter as soon as possible. However, it's likely we can expect to see most of the islanders featured on this year's series back again. Including the finalists Tommy, Molly, Maura, Curtis, Ovie, and India, and, of course, winners Amber and Greg.

The big question is, of course, if Sherif, who was booted off the show, will appear at the reunion. The reasoning behind his expulsion from the house was much speculated, but it was eventually made public. According to The Sun, he was kicked off the show after accidentally kicking fellow contestant Mollie Mae and then referring to the incident as a c*** punt. In interviews since, including on The Victoria Derbyshire Show Sherif has since come out to say he feels that this wasn't reason enough to ask him to the show.

The reunion episode, which will showcase the on-screen and post-show dramas of this year's contestants, is going to be filmed in front of a live studio audience. And, unlike the rest of the show, will not be shot over in sunny Spain. Yes, it's back to old Blighty with a bang for the stars of the show, who are getting to grips with their new found fame outside the villa.

As The Sun reports, the one-off event will be filmed in Elstree Studios. Which is in Hertfordshire and no, there is no pool for the contestants to salmon into. Caroline Flack will be hosting as per and will hopefully get all the goss from the stars.

Winners Amber and Greg are surely basking in the glow of not only their big win, but their new budding relationship which, as The Mirror reports, they made official shortly after leaving the show. Providing not only hope for hopeless romantics but an excellent representation of British and Irish relations post-Brexit.

In terms of potential dramas, all eyes will be on two former couples whose break ups kind of made the whole season. Yes, Anna and Jordan and Curtis and Amy. Their explosive, hugely emotional and drama ridden splits gripped the nation and may well do so again in the reunion ep.

If that wasn't enough, fans will definitely be keen to hear what Michael has to say about the winning couple's success, considering the terrible way he treated Amber when he was on the show. Also, he should probably trade mark the word 'chaldish'. You know you want that printed on a T-shirt ASAP.

You might not be too surprised to hear that for many, the reunion and one whole massive season is just not enough Love Island. So much so that ITV announced another season that will be broadcast in January from sunny Cape Town. Which is not only a bonus for entertainment, but also for beating those winter blues. Roll on winter Love Island.