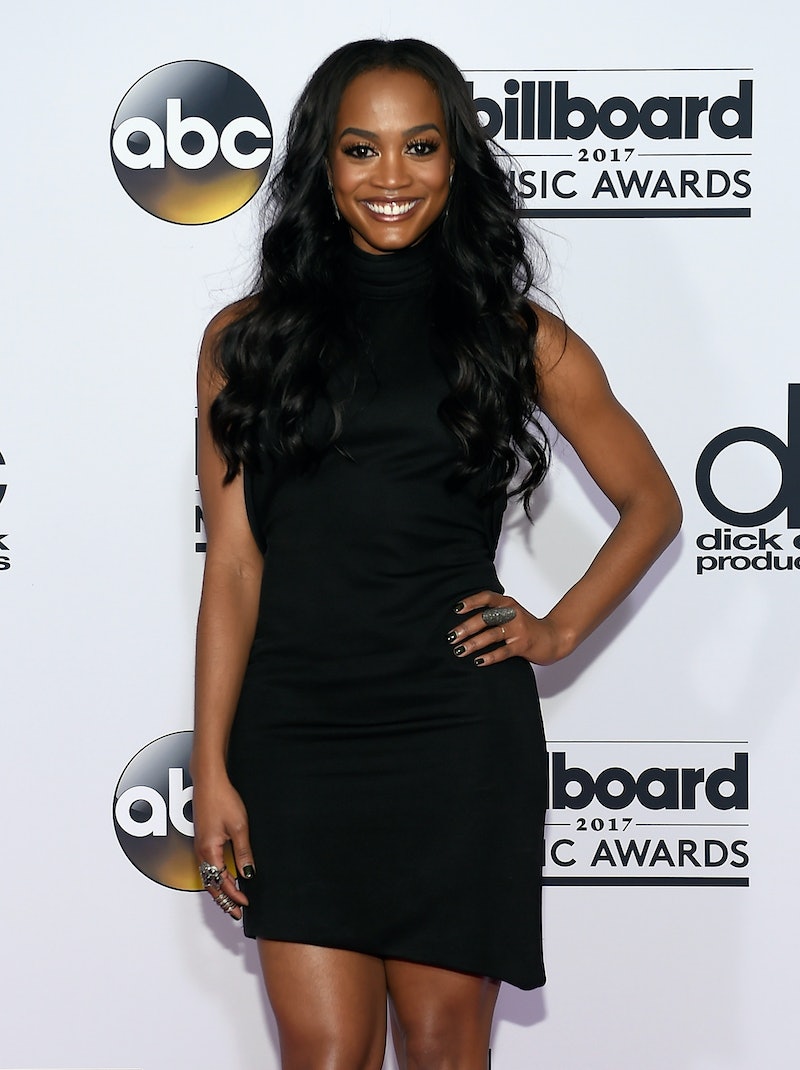 Put your rosé down and pack up your fancy cheeses: There is no new episode of The Bachelorette on Monday, June 12. While most of the focus of Bachelor Nation on Monday has been on the abrupt end of filming on Bachelor In Paradise, it's worth noting that The Bachelorette is absent from this week's line up. But, the reason has nothing to do with what happened on BiP. The NBA finals are in full swing with the Golden State Warriors taking on the Cleveland Cavaliers for the championship title. The Bachelorette will be put on hold for Game 5 of the playoffs to air on ABC, but just for this one week.

UPDATE: The Bachelorette will also not be on July 3 for the holiday weekend. Instead a repeat episode will air.

UPDATE #2: On June 20, an ABC spokesperson provided the following statement to Bustle:

EARLIER: As of right now, The Bachelorette is scheduled to return during its regular time slot next Monday, June 19. It is still unclear if the investigation into Bachelor In Paradise for "allegations of misconduct" could have an effect on The Bachelorette. Bustle reached out ABC, who provided us with this statement from Warner Brothers, the production company behind the show.

With allegations of misconduct and worse flying around the spinoff series, the main series could be in jeopardy by connection, although that's just speculation since there's been no comment from the series. As of now, it appears that this week's break from programming will be just that, a break. So, either tune into the NBA finals (men playing basketball but not for roses) or spend the night just getting excited about the rest of The Bachelorette season.

The Bachelorette has gotten in the habit of leaving audiences on a cliffhanger. The days of ending each episode with a rose ceremony are long gone, now fans are often treated to a "To Be Continued" at the end of the night. Last week's episode showed a particularly heated group of men, much of it instigated by the controversial Lee Garett. As the tensions rise in the The Bachelorette mansion, it's hard to have to wait a few weeks to see how it all plays out. But that's life, sometimes you have to wait a bit to watch the reality show you like about a bunch of men competing for the same woman.

And if you choose to watch the game in The Bachelorette's stead, it should be pretty exciting. The Golden State Warriors are up three games to one against the Cleveland Cavaliers and need one more game to clinch the series. It takes a lot to cancel The Bachelorette for the night, but the NBA championships can do that. My advice is to watch the NBA game and just pretend it's one big group date with a much larger audience. The guys from Rachel's season did recently play basketball after all.

And, if the NBA finals aren't your thing, you could re-watch old Bachelorette episodes on Hulu, including deleted scenes and extra clips.

Rachel has also been on a pretty extensive press tour during this season. You could check out one of her many interviews analyzing the season so far. Just like on the show, she's well spoken and intelligent about her analysis of what's happening. The Bachelor franchise has grown over the many seasons. The media blitz the lead participates in is just a way in which the show has grown, in order to give an expanding fan base access to inside information.

And, in the end, it's only a week without roses, so hold onto your wine glasses and see you all soon.

Editor's Note: This post has been updated from the original version to include the latest statements about Bachelor In Paradise.