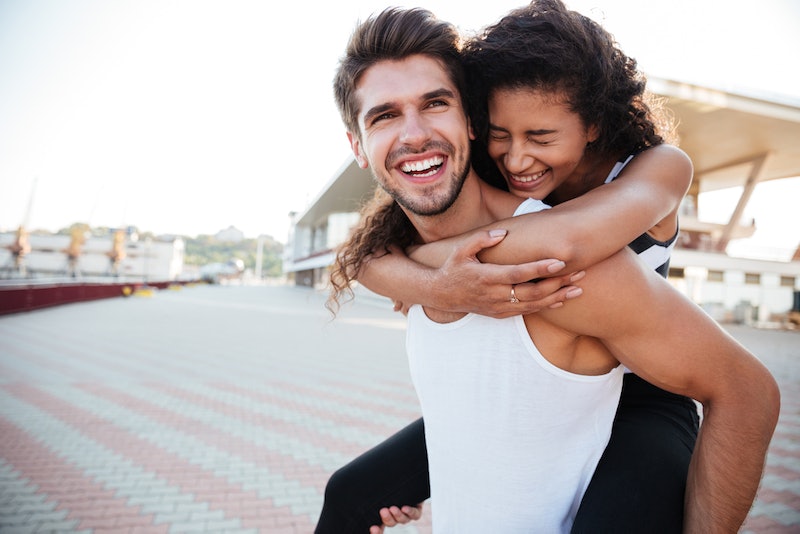 While Peter Pan Syndrome isn't a recognized psychological disorder, it is a term that can be used to explain a pattern of immature behavior, including the avoidance of the personal and professional responsibilities of adulthood, CNBC News reported. Typically, these traits don't go hand-in-hand with a committed relationship. And yet, if this describes your partner, they can be confusingly attractive all the same.

"Peter Pans have a playfulness that can be wonderful — yet works against involvement in life’s duties; a [...] charm that is both captivating and irritating (due to the avoidance of adult reality)," clinical psychologist Carla Marie Manly, told CNBC News. Much like the fictional character, your partner might help you escape reality for a time. And that can be enough to help you look beyond these red flags, and want to date them anyway.

"As we mature and grow up, there's often a part of us that longs for those care-free days when we didn't have to worry about paying bills, our schedule was less busy, and we could focus more on fun than work," Michelle Henderson, LMHC, relationship expert and owner of Next Chapter Counseling, tells Bustle.

After meeting a person with Peter Pan Syndrome, you can expect to relive these glory days, in a way. Thanks to their lack of seriousness and maturity, the doors are wide open to having a really good time, and you might enjoy being whisked away on adventures. Or you might simply like being around someone who's seemingly unbothered by, well, anything.

"When we meet an immature partner," Hershenson says, "we get a glimpse into that way of life and there's something that can be very appealing about it."

This type of partner can seem extra exciting if it's been a minute since you threw caution to the wind, but even more so if you grew up in a strict family, and never got to have fun back in the day. "Some people are attracted to others who have qualities they do not possess, or did not experience in their family of origin," Carrie Krawiec, licensed marriage and family therapist at Birmingham Maple Clinic, tells Bustle.

Even if you've been on your own for years, being with someone who encourages you to forgo responsibility can be freeing and fun. And if this comes at a time when you're looking to settle down, or when you're putting a lot of effort into your career, you can still find it appealing — even if it doesn't make such sense.

When you're in love with someone, it's often easy to look past potentially negative qualities, for a time. "We [...] want to feel like we're with someone for 'who they are' rather than 'what they have,'" Henderson says. So even if your partner isn't talking about the future, or doesn't have many goals of their own, you might think their other traits make up for it.

In may go deeper, though, in that it can also be attractive to "save" a Peter Pan-type person, and help them turn their life around, April Davis, a relationship expert and founder of LUMA (Luxury Matchmaking), tells Bustle. "[You] see a person who is struggling to integrate into adulthood and want to help them out as [your] own personal project," she says.

Instead of being with a partner who contributes to your life, or who wants the same things, you may find yourself with a very fun, but very needy person who takes up a lot of your time. And yet, the desire to point them in the right direction, or mold them into who you want them to be, can be incredibly tempting.

Of course, none of this is meant to say there's anything wrong with a "fun" partner, or someone who is still figuring out their life. But when it comes to Peter Pans, that's often all you get. And therein lies the problem.

Over time, it's likely you'll grow to resent your partner, especially since their carefreeness can turn into carelessness, Krawiec says. You might find yourself assuming the role of the over-responsible one in the relationship, in an attempt to make up for their lack of contribution.

A relationship that started as a barrel of laughs can turn into an exhausting way of life that doesn't match up with what you're looking for. While you love and enjoy their personality — and hey, sometimes that can be enough — you might also feel frustrated, or like you aren't with a true partner.

If you suspect your significant others is a Peter Pan, you can always try talking with them and pointing out the areas that have been stressing you out, or not meeting your expectations. If you see some improvement, great. But if not, it might be time to call it quits, Davis says, if only for your mental and emotional well-being.

While Peter Pans can be incredibly attractive and fun to be around, their immaturity won't always make for a stable and lasting relationship, and it's OK to admit that to yourself. If your partner isn't ready to help create a solid relationship, or if they don't want the same things, all the charm in the world might not be enough to make it worth it.