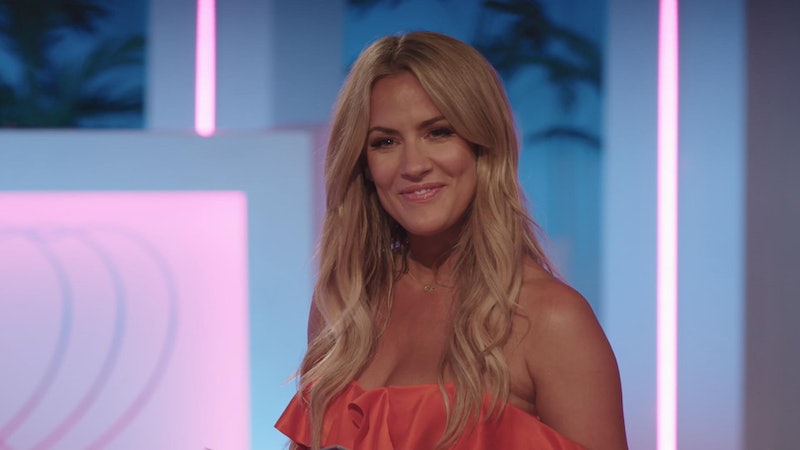 Editor’s Note: This article has been updated to reflect Caroline Flack confirming she will not be presenting Love Island in South Africa.

Back in July 2019, ITV2 confirmed that two Love Island series would be hitting TV screens in 2020: the regular summer one and a new winter one. Set in sunny South Africa, the latter will air in January. But, with all that happened in December 2019, will Caroline Flack host the winter Love Island?

It has recently been confirmed by Flack herself that, no, she will not be returning to her position as host for Winter Love Island season one.

As Bustle reported on Dec. 17, following at incident at her home a few days prior which ended in her being charged with assault, Flack posted a statement to her Instagram saying: "There have been a significant number of media reports and allegations in regards to my personal life. While matters were not as have been reported, I am committed to co-operating with the appropriate authorities and I can’t comment further on these matters until the legal process is over." She continued:

"However, Love Island has been my world for the last five years, it’s the best show on telly. In order to not detract attention from the upcoming series I feel the best thing I can do is to stand down for Series 6. I want to wish the incredible team working on the show a fantastic series in Cape Town."

So, yes, despite being involved with the promo material for Winter Love Island, Flack will stepping back from presenting duties this January. There is no word yet on whether she will rejoin the show for future seasons.

Of course, rumours have been flying around as to who will replace Flack, especially with the show starting in just a few weeks time. Top of the list is Irish presenter Laura Whitmore, although neither she nor ITV have officially confirmed anything. Maura Higgins has also got people talking after posting two pictures to her Instagram that seemed to suggest she was somehow involved with the new series. However, with nothing concrete to go off yet, we'll just have to wait and see.