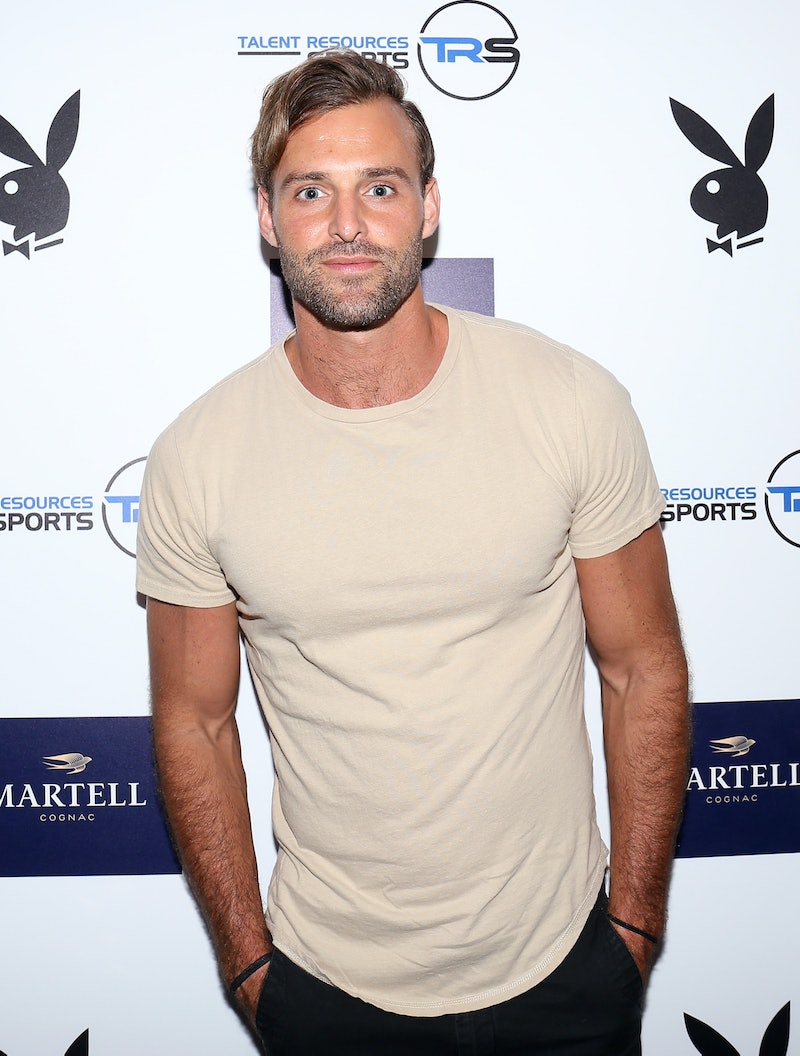 When asked about the recent controversy surrounding Lincoln Adim from Becca’s Bachelorette season, Robby told TMZ, "Hey, I might see him in Paradise, if they took him out there before they found this out, so who knows?"

What Robby is referring to is Adim's conviction on charges of indecent assault and battery for groping and assaulting an adult female on a harbor cruise ship early on May 30, 2016, which was first reported by Bachelor franchise blogger Reality Steve on June 13. The conviction charges were confirmed to Bustle by Suffolk DA Press Secretary in a prepared statement provided on June 13:

"He was sentenced to one year in a house of correction, with that term suspended for a two-year probationary period. The judge ordered him to stay away from the victim and attend three Alcoholics Anonymous meetings per week during those two years."

You can read the full statement here.

Warner Brothers, which produces The Bachelorette, issued a statement to TMZ late on June 13 stating, "No one on the 'Bachelorette' production had any knowledge about the incident or charges when Lincoln Adim was cast, and he himself denied ever having engaged in or been charged with any sexual misconduct."

The former competitive swimmer was first introduced to Bachelor Nation on Bachelorette Season 12, where the California resident was vying for the heart of JoJo Fletcher. Robby made it pretty far in the season, becoming the season's runnerup to Jordan Rodgers, and fostering a strong relationship with JoJo in the process.

Following The Bachelorette, Robby then appeared on Bachelor in Paradise Season 4, but this time, he walked away engaged. The former Bachelorette contestant began fostering a relationship with Bachelor and Bachelor in Paradise Season 3 alum Amanda Stanton on the show and they ended the season as an engaged couple. But the couple split shortly thereafter, and since has experienced quite a few public arguments on social media.

In May, Robby was spotted with Vanderpump Rules star Scheana Marie, as the two had been spotted vacationing together in Hawaii. The pair have been friends for quite a while, and have warded off dating rumors in the past. In March, Scheana Marie explained the dynamics of their friendship with US Weekly, saying,

"You know, we are very good friends. We have been for about a year now. Every time I’m in L.A. he’s one of the first people I call to hang out with and we get each other. We’re in the same world, so it’s very easy to relate with one another. He lives on the West Side, I’m actually going to be moving there this summer, so yeah just very good friends."

But, for some reason, the pictures of the reality stars enjoying their beach day while holding hands made fans speculate about a potential romance between the two reality TV show stars.

And if you're rooting for the two to actually make things official, you may not want to get your hopes up just yet. Because as it stands, Robby hinting that he's the least bit interested in returning to Mexico for another round of BiP may prove that there's simply no truth to those Scheana Marie dating rumors.

On his social media pages, however, Robby has yet to drop any hints that BiP was on his radar. That said, whether or not Robby is actually part of the Bachelor in Paradise Season 5 cast is totally up in the air.

Lest not forget that Bachelorette Season 14 is just beginning, so it's bound to be a couple of weeks before the world finds out just who will be mingling together on the beach in Mexico. And until that day comes, keeping track of the suitors vying for Becca's heart will have to keep you occupied — for now.