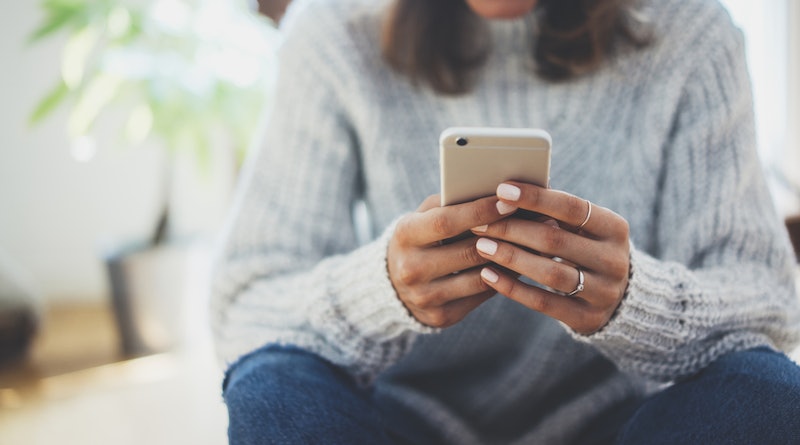 Recently, Bumble, the social networking app wherein you can date, meet a BFF, or network via Bumble Bizz, announced a new partnership called “The Ball is in Her Court” with Serena Williams. The campaign encourages women to make the first move in every aspect of their lives — dating, friendship, and business. To celebrate the partnership, which launches on February 3, you can now win tickets to the Super Bowl through Bumble in the app. But, you have to swipe fast. The contest ends on January 13. No matter which Bumble vertical you use — Bumble Date, Bumble BFF, or Bumble Bizz — you have a chance to win.

Alex Williamson, Bumble’s chief brand officer, tells Bustle that “The Ball is in Her Court” is a multi-faced campaign that will extend throughout the year. Plus, it’s developed, produced, and led by a team comprised entirely of women. “The campaign will highlight the importance of making the first move,” she says. “This will serve as a catalyst and reminder to women everywhere that the ball is in their court, and that they never need to wait to find their power, because it is already within them.” She says that Williams is perfect as Bumble’s global advisor since she is the epitome of a woman who has the ball in her court in all aspects of life — friendship, love, and business. “Serena is a first-mover, and the embodiment of our brand,” Williamson says.

Williamson says that in the very early days of Bumble — back in the Fall 2014 — they were struggling to get people to understand the importance of flipping gender dynamics. “Our team had been told over and over that we wouldn’t succeed — that women wouldn’t, or shouldn’t, make the first move,” she says. But then, Whitney Wolfe Herd, Bumble’s founder and CEO, bought some pink tennis balls, slapped Bumble stickers on them, and took a photo, captioning it “the ball is in her court on Bumble.” “She sent the photo to our team of four and told us if we worked really hard, maybe (just maybe!) we’d be able to partner with Serena Williams,” Williamson says. And now, that vision became a reality.

In a statement, Williams, too, said she’s had to make the first move. “In my life, I can confidently say that I would not be where I am today had I let the fear of making the first move hold me back,” she said. “Like Whitney Wolfe Herd, I am a firm believer in striving to achieve greatness, as every single one of us holds the power to write our own stories.” Williams also said she looks at her daughter and knows it is her duty to pave a powerful path for her.

All in all, Williamson says the campaign will serve as a catalyst and reminder to women that the ball is in their court in every facet of their lives. “For so long, women have been told to sit and wait for things to come to them — that they couldn’t make the first move in dating, because then she’d been seen as ‘desperate’; that she couldn’t ask for a raise, because then she’d be ‘aggressive’; that there must be something wrong with her if she wants to make new friends as an adult,” she says. “Women can do anything they want to do and create the life they want to live, if they make the initiative and take control of their lives.”

And speaking of taking control of your life, you can continue swiping on Bumble for your chance to go to the Super Bowl. Even if you don’t win tickets to the game, you’ll probably still “win” by scoring a cool date, making a new friend, or making a new Bumble Bizz connection.