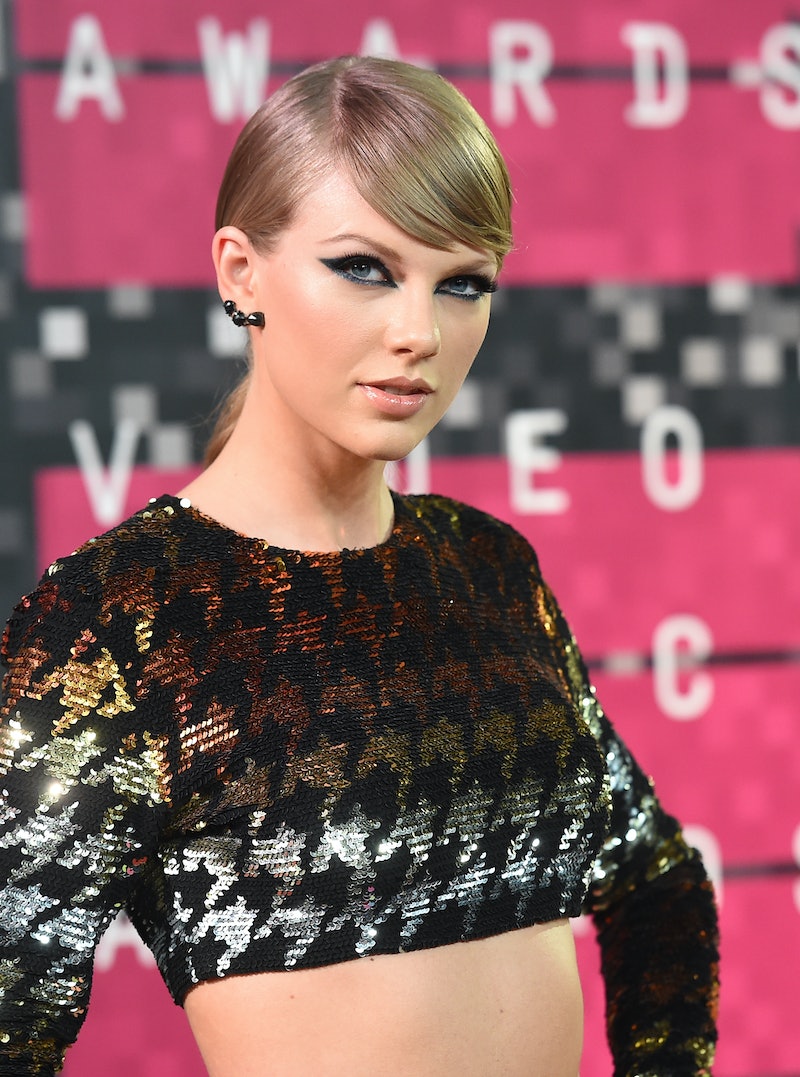 As someone who's been accused on more than one occasion of championing faux feminism and playing into opportunistic victimhood, Taylor Swift can be particularly difficult to root for. She rarely takes a firm stance on political or social issues, and when she does, she's been chastised for doing so only to advance her brand. Celebrities, of course, aren't required to make cultural statements — they're entertainers, first and foremost — but at a time when the country often feels fractured, fans have increasingly relied on stars as guideposts, and Swift has decidedly opted out of that conversation: She didn't attend the Women's March and declined to publicize her vote in the 2016 presidential election, yet has continued to benefit from seemingly feminist messages. But there are times when human decency should transcend public opinion, and shutting out Swift at her most vulnerable leans into the very criticism she provokes.

Earlier this week, the trial for Swift's countersuit against David Mueller began in Denver, Colorado. She alleges the former radio DJ groped her while they were taking a photo during a meet-and-greet in June 2013. He denies her claims and seeks $3 million in damages, alleging that her accusations got him fired. The details of the case have been well-publicized, and though concerning, they aren't surprising: It's one in a line of high-profile sexual assault trials that have hit Hollywood in recent years.

What is surprising, though, is the lack of public support that's followed Swift thus far. During Kesha's case against Dr. Luke last year, the outpouring of encouragement was palpable, and when Bill Cosby received a mistrial in June, the backlash seemed equally prevalent. But while there have been many fans (and likely, non-fans too) that have already backed Swift, the response feels strikingly imbalanced: Rather than focusing on the actual proceedings, people are crafting witty one-liners on Twitter and turning her court room sketch into a meme.

Such a blatant dismissal seems inextricably tied to Swift's position as a somewhat polarizing figure. In her early years, she built a young, thriving following as a southern ingénue who sang of lovelorn heartache, storybook fairytales, and waiting for a man on a “white horse” to come and save her — a narrative perfectly catered to the teen fanbase that quickly accrued. But as she's pushed further into the pop arena — and by relation, stardom — it's been easier to spot the cracks in her carefully curated image. And steadily, she's built a reputation for speaking out about female empowerment only when it is self-serving, and staying quiet when her voice could be most crucial.

But with Swift's trial, we have a chance to turn the tables, to show why such solidarity is so important. Her relationship with feminism in the past shouldn't impede her right to personal space or compassion or, perhaps most relevantly, justice, in whatever form that may mean here. Whether or not the allegations are true, Swift is still being forced to endure a highly visible, deeply emotional trial, and despite whatever previous attention-seeking she may have participated in, a trial over an alleged ass-grab was not something she asked for. Mueller sued her, and even if he hadn't, she is entitled to pursue legal action for a situation in which she believes she may have been violated. Discrediting that is no better than saying that because a woman is perceived by others as a "slut" or a "b*tch," she somehow deserved to be assaulted. Swift may not be the most likable, but she is still a person.

To be clear, this is not a defense of Swift, nor a dismissal of her problematic entanglement, past or present. Instead it's a simple plea to, in this matter, put your personal grievances aside. We can't chide Swift for being silent when it matters most if we're not willing to hold ourselves to the same standard.