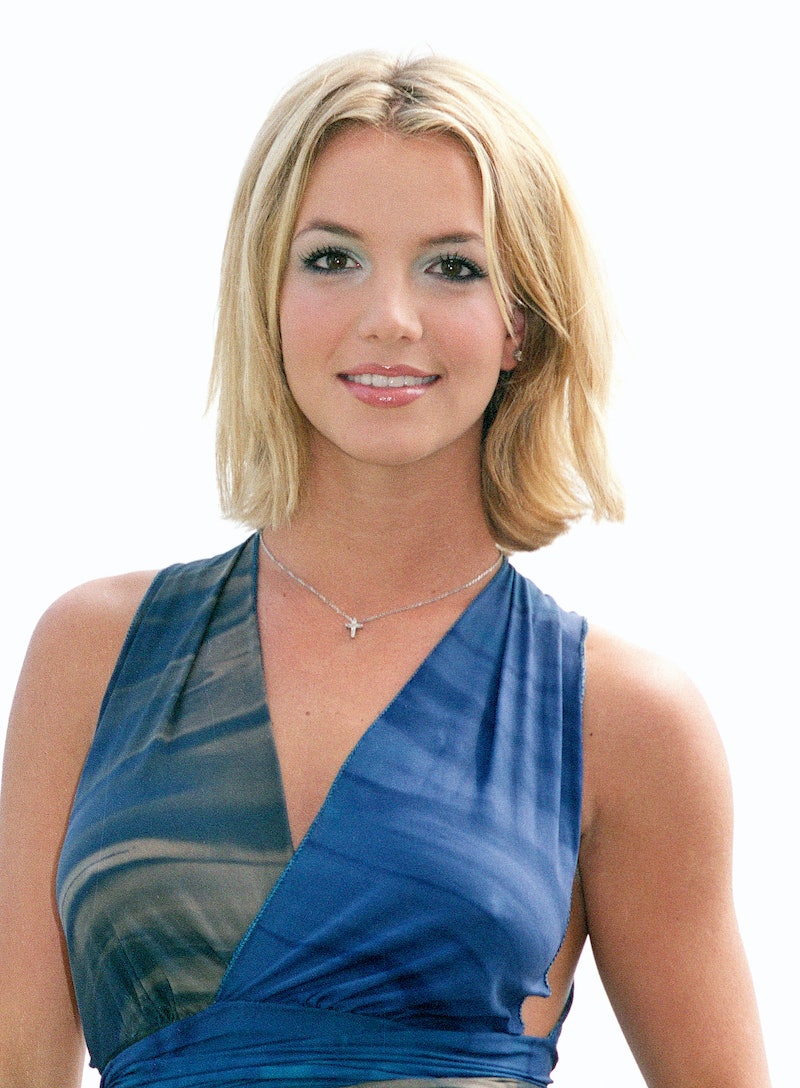 Oops, she's done it again: As of yesterday, pop icon Britney Spears' short new haircut is serving major '90s vibes reminiscent of "the Rachel" and her layers from two decades ago. After months of wearing extra-long lengths, the layered chop — which she cut herself — is a fresh (and really cute) switch-up.

Fans of the star know Spears has gone through a number of beauty transformations over the years: She's rocked blunt bangs, blonde highlights, a brunette color, and a short bob, but has typically kept her hair long. With her perfectly messy new 'do, which features face-framing layers and short curtain bangs, Spears showed she's ready for a change. Last night, she wrote in her Instagram caption, "Cut my hair! Out with the old... in with the new!"

The star's reveal on social media quickly garnered thousands of comments, many of which touched on the nostalgia vibes of her cut. "Takes me back to 2000!" wrote one fan. Spears is clearly feeling her new look, and went on to post two other photos showing her lengths tousled in various ways. All three prove that the late '90s, early aughts style is effortlessly chic.

The '90s and early '00s are dominating beauty and style trends right now. Juicy Couture tracksuits and low-rise jeans are back, alongside chunky, face-framing highlights. And now, as evidenced by queen Spears, it's time to reconsider trying on a layered lob for size.

More like this
Halsey Debuted A Copper Pixie Haircut, & It's Such A Fall Vibe
By Olivia Rose Ferreiro
Lily Collins Got Shaggy Curtain Bangs For Emily In Paris Season 3
By Audrey Noble
Jennifer Lopez's ‘90s Updo Hairstyle Takes Me Back To Middle School
By Olivia Rose Ferreiro
The Chicest ’90s Updo Hairstyles To Try
By Paris Giles
Get Even More From Bustle — Sign Up For The Newsletter