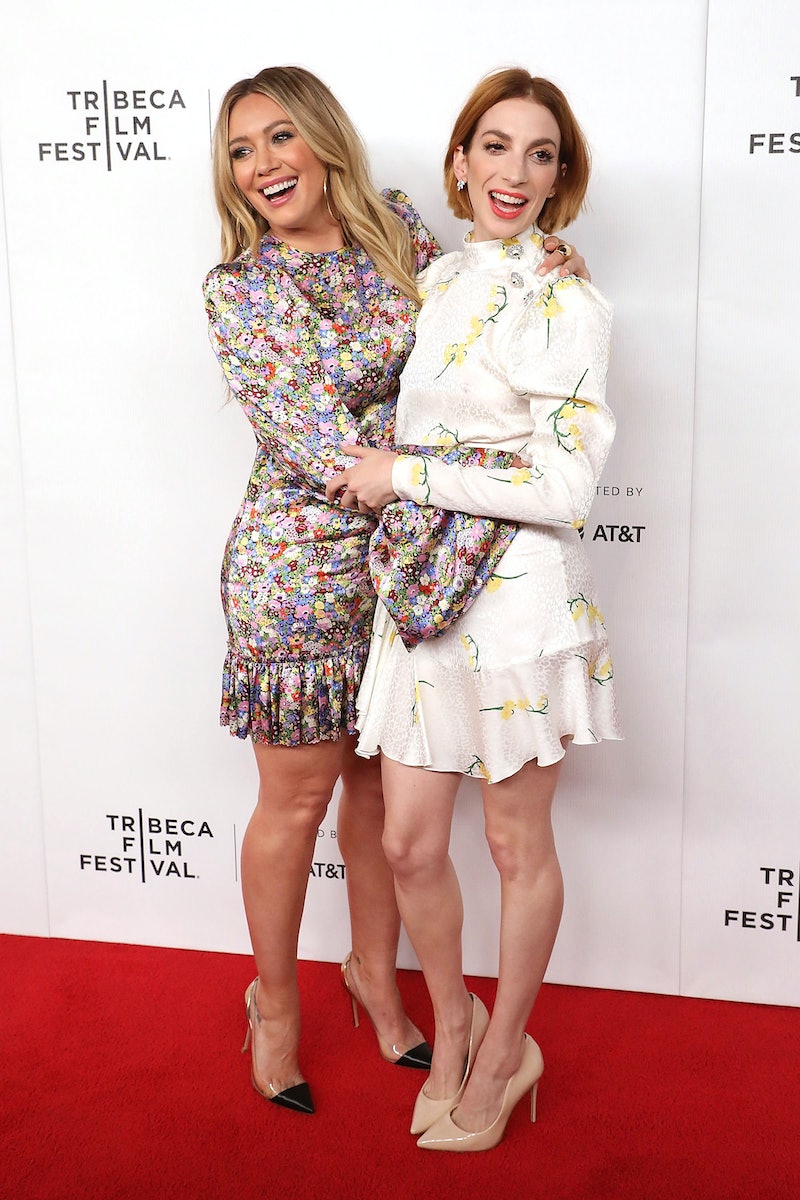 There’s really no friendship like having a work wife, and what better way to celebrate such a unique bond than with matching ink? That’s exactly what actors Hilary Duff and Molly Bernard did to ring in the new year. The pair took to Instagram to display that they had each gotten a Saturn tattoo.

“Nye solar system sisters @hilaryduff@sushi.the.artist 🪐,” Bernard writes as the caption to the post. The two actors are seen showing off their Saturn tattoo decals, which are placed on their forearms close to their wrists. The designs are credited to LA-based artist Sushi, whose designs include intricate animal portraits and celestial prints.

Duff and Bernard worked together for seven years on the hit show Younger, playing BFFs Kelsey Peters and Lauren Heller. To call this duo iconic is an understatement; their friendship just screams goals. The onscreen chemistry clearly spilled over to real life, with Duff, Bernard, and other castmates hanging out often when the cameras weren’t rolling.

“[Hilary] calls me if she has a 20-minute interval just because, like, we miss each other,” Bernard once told Bustle when talking about the close bond between her, Duff, and the rest of the cast. “They’re all so supportive. We made a little family on that set.”

Matching tattoos get a bad rap, especially if you’re in a romantic relationship. But it doesn’t have to be a curse. If anything, it’s a fun way to celebrate that special bond you’ve found with someone. (And if that bond sadly ends, tattoos aren’t permanent and can be removed if need be).

Singer Adele also has a meaningful Saturn tattoo so the cosmic ink looks great solo. But if you and your work wife are thinking of commemorating your friendship, take a cue from Duff and Bernard and go for it. This is a bond that will definitely last a lifetime.