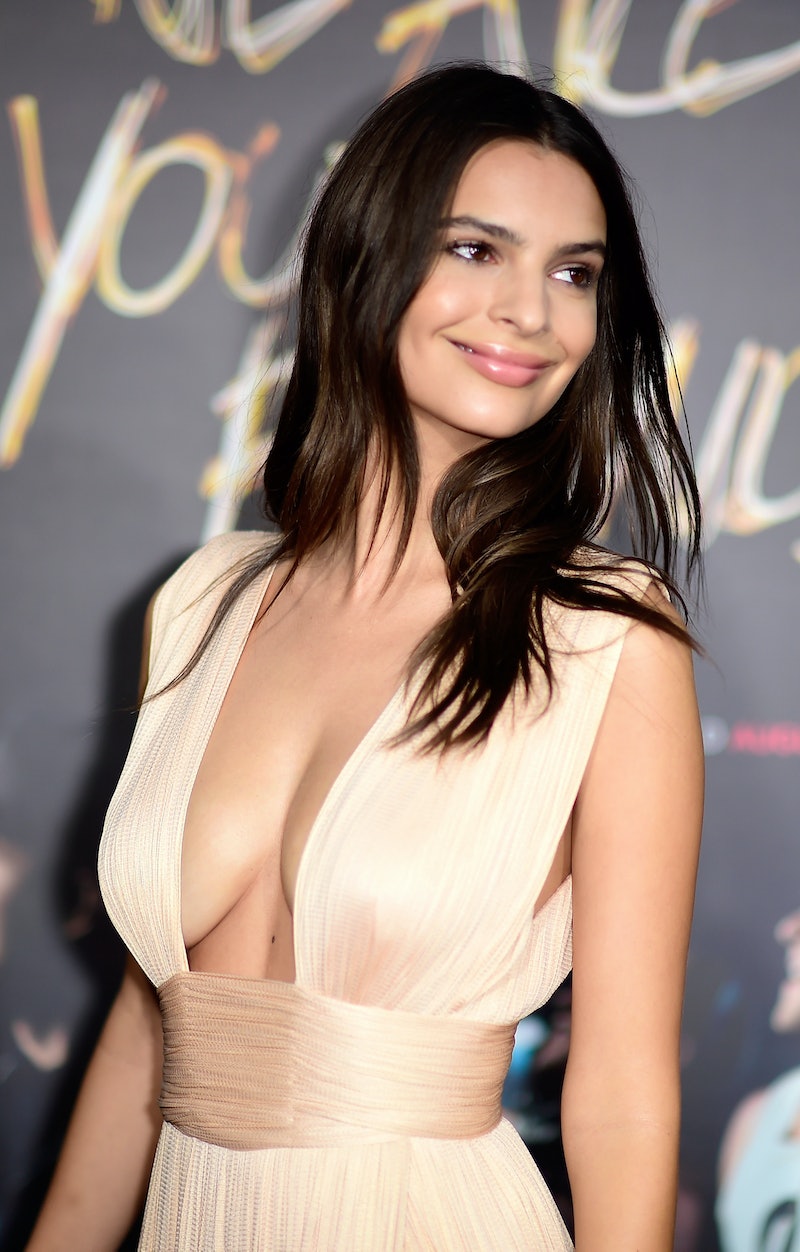 You might not recognize Emily Ratajkowski when she first appears onscreen as the actress who plays Sophie in We Are Your Friends , out Aug. 28, but odds are you've seen more of her than you have of her co-star Zac Efron. Before landing her first lead role in the EDM-centric film, Ratajkowski made a name for herself as the girl from the "Blurred Lines" video, which made waves in 2013 and sparked a huge cultural debate on female sexuality, the objectification of women and feminism. She went on to transition from modeling into acting, taking on the part of Ben Affleck's mistress in Gone Girl. Clearly,if there's one thing Ratajkowski wants you to know, its that she's more than just a pretty face.

As a model-turned-actress, Ratajkowski, 24, was looking for roles that showcased her as more than just the love interest or the hot girl, which is how she ended up auditioning for the role of Sophie in We Are Your Friends. Though the trailer only shows Sophie as Cole's (Efron) spontaneous love interest, who just so happens to be in a relationship with his mentor, Ratajkowski insists there is more to her character than meets the eye.

"I was really attracted to the project because I thought Sophie was not just the love interest, which was important. ...Sophie's on a similar path as the other guys in the movie, figuring out who she is," Ratajkowski said in an interview with the NY Post.

In the film, Sophie struggles with her decision to drop out of Stanford — something Ratajkowski can relate to. The model left UCLA after completing a little over a year of school to focus more on modeling full time. But, even when she threw herself into modeling, a career she began at age 14, she had bigger plans in mind. Now that Ratajkowski's profile is growing, she's become even more picky with her projects, determined not to be pigeonholed. She initially turned down her part in the "Blurred Lines" video because she had already appeared in Maroon 5's "Love Somebody" and didn't want to get stuck being the girl in music videos forever.

"When people Google my name they see this bikini sex-symbol kind of thing and they're scared to cast as anything but that. So I'm taking a long and I hope, high road of basically wanting parts that I'm most excited about," she told British GQ.

Ratajkowski is outspoken about her desire to be known for more than just her looks — an admirable but tricky goal when working in Hollywood. Ratajkowski has said that she wishes her looks didn't impact the roles she auditions for, or gets. In a recent interview with Editorialist Magazine, she described her ideal role as "someone who has nothing to do with being pretty or attractive." But she also seems aware of the fact that her looks are part of what got her foot in the door. And she's not afraid to cater to that dynamic by defending her "Blurred Lines" performance — she maintains the video "wasn't overly sexualized" — and sharing nearly nude photos on Instagram. But that's her choice.

One thing that will certainly help Ratajkowski be seen as more than an object for the male gaze is her upcoming work as a contributor to Lenny, Lena Dunham's feminist newsletter launching in the fall. Ratajkowski teased to the NY Post that she hopes to write about her experiences as a young model and also contribute to a dialogue about what the word "feminist" means.

"I don't want this to be like, 'Girl power, it's solved, let's move on!' There are real issues there that are deep and complicated. ...It's an ongoing conversation. I hope it's not just a trending topic where we say, 'We've addressed that now.' We need to open the conversation and get rid of the weird associations with 'feminist,' for instance," she said.

As a woman in Hollywood, it can be difficult to be seen for more than just your body, and it would be easy to dismiss Ratajkowski as someone who can afford to be picky with her roles because of her looks. But clearly, she's truly interested in creating a more equal environment for women in Hollywood. I, for one, can't wait to hear more of what she has to say.