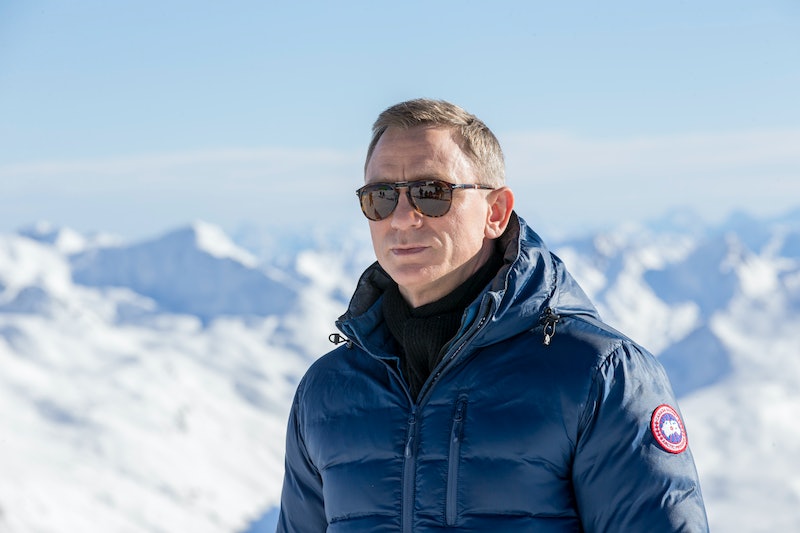 A good friend of mine has been awaiting the next James Bond installation for months. Since details of Spectre , which opens Nov. 6, began leaking, one word repeatedly and excitedly escapes her lips: BOND! Many will argue that current star Daniel Craig is the best version of Bond, bringing new life into a sagging series. But I just haven't been able to hop aboard the bandwagon, and have never been enthralled with James Bond as a character or as a franchise, no matter the actor. Don't get me wrong, I love action, espionage, and intrigue. But the fact remains that Bond's antics are old, and quickly getting older. After 53 years, could it be time to let Bond go as the franchise is now, or at the very least, change it completely?

The majority of my reasoning stems from the sexism that has plagued the franchise for its entire existence. As attractive as he always is, James Bond is a sexist creep. He beds and abandons at least two women per film. The notorious "Bond Girl" has long been a pseudonym for female characters who have little substance and little clothing. It's unclear why the fate of the British crown, or say the world, relies on Bond having access to women who will readily hop into bed with him at a moment's notice. And while the coolness factor of being a super-secret sexy spy with access to sleek weapons cannot be ignored, neither can the sexism that seems to go hand-in-hand.

Without going into the numerous examples of James Bond sexism from previous films, let's just look at 2012's Skyfall. The first woman we meet in Skyfall isn't actually someone we truly meet. She's a nameless female who seemingly rescues Bond from his beach-front grave and nurses him back to health before she is abruptly abandoned without a single line of dialogue. Next, there's the character Sévérine (Bérénice Marlohe), whom Bond learns has been the victim of sexual abuse since she was a little girl. What's the most logical thing Bond can think to do when he meets someone who has been raped for so many years? Why, accost them in the shower of course! Sévérine responds positively to Bond's naked shower advances, because Bond is so irresistible... or because Bond just took advantage of the fact that she likely wouldn't, or didn't know she could, say no. Later, when Sévérine is tied up with a glass of scotch resting on her head, she's unceremoniously shot by Javier Bardem's villain Silva, to which Bond remarks, "It's a waste of good scotch."

Unfortunately, Bond's sexism wasn't something that was added to the cinematic franchise for some misguided coolness factor. Indeed, the 1950s norm when it came to women, imperialism, and society are all readily apparent in Ian Fleming's novels. In his 1958 New Statesman review of Dr. No, titled "Sex, Snobbery, and Sadism," Paul Johnson wrote, "I have just finished what is without a doubt the nastiest book I have ever read." Johnson went on to criticize Dr. No for worshipping "the sadism of a school boy bully, the mechanical two-dimensional sex-longings of a frustrated adolescent, and the crude, snob-cravings of a suburban adult."

Yet just because sexism in Bond has been prevalent for years doesn't mean it's not possible to be changed. In recent years, some of the people involved in the franchise have spoken out about its shortcomings. Most significantly, in an interview with The Red Bulletin, a journalist began his conversation with current Bond Daniel Craig by saying, “Many men admire Bond for his way with the ladies,” to which Craig interrupted, “But let’s not forget that [Bond's] actually a misogynist. A lot of women are drawn to him chiefly because he embodies a certain kind of danger and never sticks around for too long.” The actor's honesty about the character is refreshing, as is his support of Spectre co-star Monica Belluci, who, at 51, is the oldest "Bond Girl" ever. When the same interviewer noted that Bond was falling for the charms of an older woman, Craig corrected him, "I think you mean the charms of a woman his own age.”

Frustration with the character has obviously gotten to its star, and it seems not just because of the sexism. Craig has said that he has zero interest in continuing to play Bond; when asked by Time Out London whether he'd be interested in another 007 film, the actor said, "I’d rather break this glass and slash my wrists. No, not at the moment. Not at all. That’s fine. I’m over it at the moment. We’re done. All I want to do is move on." It's unknown if Craig is over the character, the story, the sexism, or a mixture of all of the above, but he's made it perfectly clear that he has no interest in continuing to portray the character.

So if the actor playing Bond isn't excited about the franchise, why should we be excited about Bond? It might depend on who gets to take over the main role. There has been a lot of speculation as to who the next actor to play Bond will be, with many clamoring for someone of color like Idris Elba or David Oyelowo to take on the role. Personally, I'm unsure why a non-white actor would want to take on a franchise like Bond when its subject matter is so blatantly unfriendly to another marginalized group, but if they're willing, it could be a way for the 007 series to reboot itself in a serious way.

At the moment, Bond's future is up in the air. The release of Spectre will mark the end of a multi-film deal with MGM, and multiple movie houses are expected to take part in a bidding war, though no statements have been made about the franchise's next installments. But despite mixed reviews, Spectre was the biggest UK film debut ever, making over $80 million on opening weekend. If Spectre makes that kind of money here in the U.S., those of us not into Bond as it currently is might have to wait for it to die another day — but here's hoping that the filmmakers realize the series' shortcomings, and are willing to enact some real change in the future films.

More like this
Amanda Gorman Shared A Powerful Message On Meghan Markle’s Penultimate Podcast
By Darshita Goyal
Claire Foy & Rooney Mara Revisit A Devastating Tale In 'Women Talking'
By Bustle UK
The 'Love, Lizzo' Harry Styles Scene Is Just 1 Moment That Made Fans Feel Seen
By Brad Witter
Will Smith Reflects On "Horrific" Chris Rock Oscars Slap In First TV Interview
By Sam Ramsden
Get Even More From Bustle — Sign Up For The Newsletter