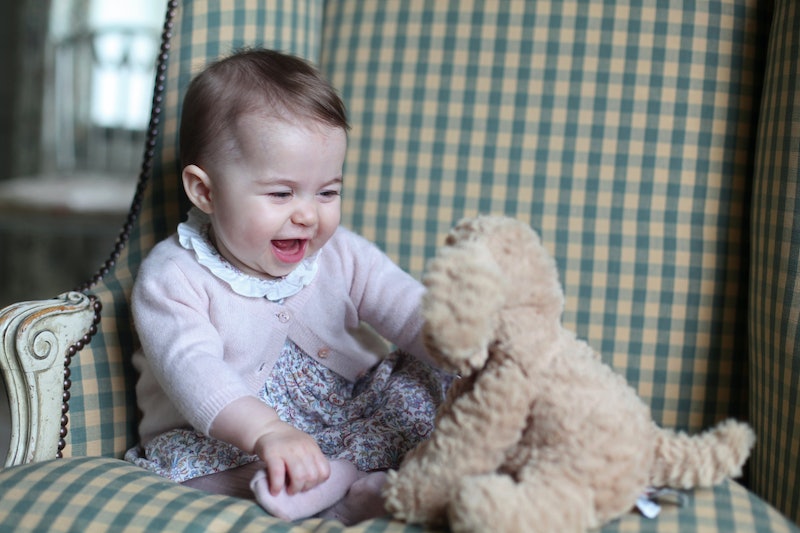 Listen, you guys, I'm pretty steamed at the Internet right now. Princess Charlotte was brought into the world six months ago, and, somehow, the princess has gotten through six whole months of her life without anyone turning her into a meme. Does no one else remember the joy that we all had with Not Impressed Prince George? The heir to the throne was not only one of the cutest babies in existence, but also gave us all the most perfect expressions with which to let people know exactly how unimpressed we were by all of their shenanigans. Now that Kate Middleton has taken new pictures of Princess Charlotte for the world to enjoy, I think it's about time that we get the princess a meme of her very own, lest she erroneously think that the Internet likes Prince George more than they like her.

Because we all know that the very first thing that the Internet does when it comes to things that they love is to turn it into a meme. Do I even need to bring up Drake's "Hotline Bling" music video parodies? There are two new pictures, which means two fresh opportunities to give Princess Charlotte the epic meme that she has always deserved. Let me walk you through this, Internet, and then you'd better get to work before it's too late.