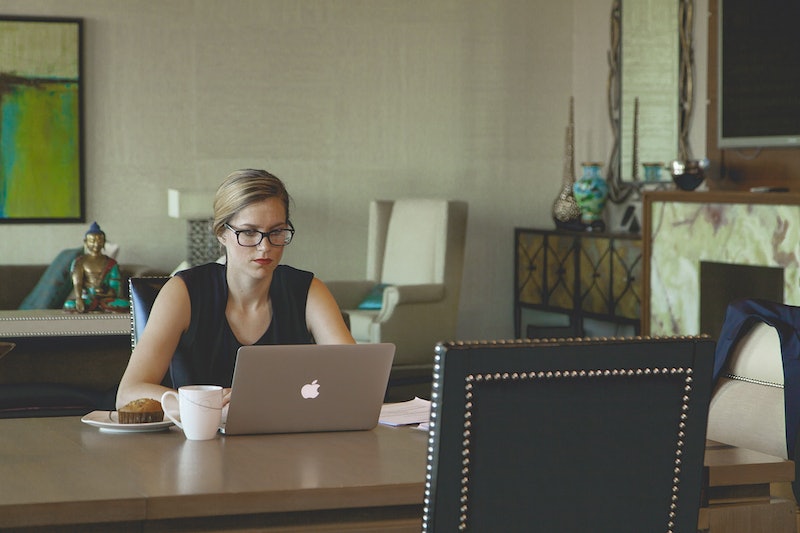 A wave of high-profile companies in Silicon Valley are launching "returnships" this year, the International Business Times reports. Say what? The portmanteau of "return" and "internship" has come to signify a program for women who have been out of work for a while and want to reenter the tech industry. Seven companies have partnered up with the Society of Women Engineers to launch returnships this year. On the surface, this sounds like a great initiative, since it could help more women stay in the notoriously male-dominated tech worldindustry, especially those who previously had to leave to start families. But will returnships fix Silicon Valley's gender problem, or just mask it?

If you look at the numbers, it's pretty clear that something needs to be done to open up the tech industry to women. Intel, one of the companies set to launch a returnship program this year, has just a 20 percent female technical workforce, according to Company Federal EEO-1 Reports; meanwhile, one crowdsourced spreadsheet has found engineering teams at tech companies to be about 19 percent female.

One of the reasons behind the tech industry's gender imbalance is its lack of accommodations for parents. A Fortune survey of 716 women who have left the tech industry found that over two-thirds cited motherhood as a reason. It is these mothers that returnships are targeting. Kim Poletti, who underwent a similar "Return to Work Program" at the software company Return Path, told the International Business Times that the internship helped her get back to work after taking 10 years off to raise her daughter when other companies discounted her skills. "Trying to convince them that I still had these skills and probably actually had more skills as a result of being a stay-at-home mom was difficult,” she said.

However, if we're going to assume that women who have taken time off still have the skills they left with and more (which seems like a fair assumption), don't they deserve more than an internship? What about an actual job?

Poletti herself went from being a technical project manager at IBM to a content marketing intern at Return Path, which does not sound like a logical progression. If companies believe that the women receiving their returnships (which can lead to jobs, but won't necessarily) still have marketable skills, then maybe they should just hire them right off the bat.

As the movie The Intern showed us, there's no shame in being an intern at any age. But I can't help but wonder whether men would be as willing to become interns as adults with families to support and years of experience under their belts. And, more importantly, I wonder how many would even need to.

There's a reason this initiative is targeting women: Whether due to the disproportionate childcare responsibilities placed on women or prejudices that prevent women from entering the tech industry and moving up at work in the first place, women are leaving tech companies and having trouble reentering. Returnships may make reentry easier, but they won't stop women from leaving, and they won't encourage companies to offer women jobs in line with their qualifications when they want to come back.