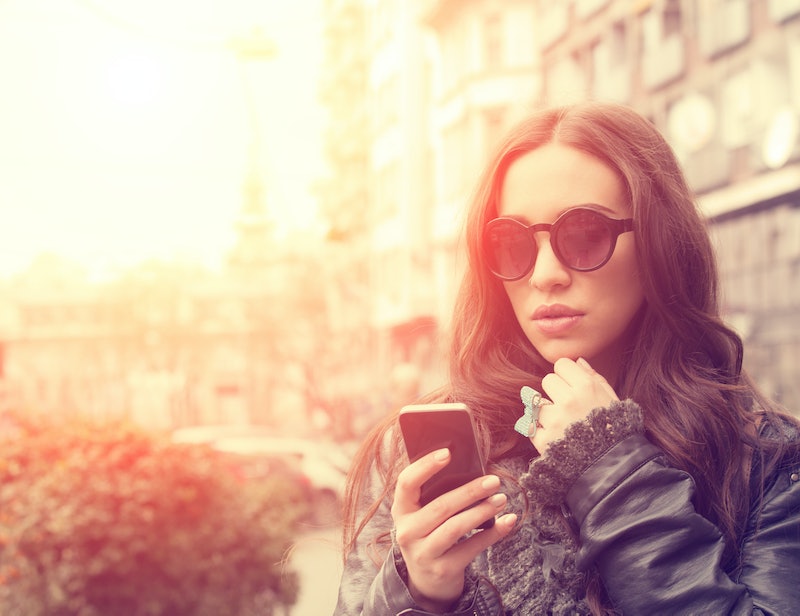 While there are plenty of articles out there on what to say to someone in an opening message online, when it comes down to what not to say, do you know the main things to avoid? For instance, will a simple “Hey” suffice as an opening message? Or do we actually have to read the person’s profile (I know!), think of something to comment on (preferably, in a clever way), then think of a question or two? Then, they write back… and we need to do it all over again. And again. And again. More thoughtful comments, more unique questions — all so that we stand out.

I kid, but I don’t. As we all know, as wonderful as online and dating apps are, there is a lot of competition on each. A LOT. Actually, don’t even think about all the competition, or else you’ll want to delete all your apps right now. And, in actuality, it only takes one. One person. Simple. But, to find that one person, you do need to stand out. You need to send more one-of-a-kind messages and questions, so that when he or she is scrolling through their phone showing their BFF your profile and witticisms, you’ll get the stamp of approval. You’ll be set apart for your original messages and witty banter, and for not doing any of the below.

When someone used “sorry” in their opener, they were 56 percent less likely to exchange numbers.

Yep, fifty-six percent! The “sorry” could be from a message like, “Sorry it took me a while to get back to you…” So, no apologies! Assertive-you only from here on out!

Here are some more things to avoid in your online convos:

In another study, Hinge did a study of opening lines users would use. Their copywriters and data analysts wrote up over 100 original openers (which varied in subject matter, structure, and length). Then, 22 percent of Hinge users received various conversation-starters from which to choose. Guess which received the least amount of responses? Yep, good old-fashioned “hey.” All the other openers did better, including, “Katy Perry or Taylor Swift”.

“Hello,” “Hi,” and ‘Hey” did not fare well on OkCupid either. When they analyzed over 500,000 first contacts on OKC, they looked at keywords and phrases. “It’s smarter to use no traditional salutation at all (which earns you the reply rate of 27 percent) and just dive into whatever you have to say than to start with hi,” their blog findings reported.

Online Dating Coach Laurie Davis, CEO of eFlirt Expert and author of Love at First Click , agreed. She told Women's Health, “Don’t ever say ‘hi’! That's way too casual for someone you've never met before!” Instead, she advised making a statement and asking a question.

“Msgs wit por spelin r relly hard 2 reed,” said this EliteSingles post. “The same goes for your message recipient. This is why a hard-to-read, misspelled message can only be bad news… The quickest way to make your message easier to read is to avoid drastically shortening words — write ‘are’ instead of ‘r’ for instance… A quick spell check doesn’t hurt either — not using alot can get you a lot more attention!” OK, let's stop here. How many of you have gotten messages like this?!

The Guardian’s “Soulmates Blog” concurred. “The words (if you can call them that) ur, r, u, ya, cant, hit, realy, luv, and wat, are the top nine worst words to use in an opening message. Mails that contain these words will get practically no replies, proving that intelligence (or maybe just good grammar) is an attractive trait in both sexes.”

OkCupid research agreed. People who used bad grammar, bad spelling, and non-words fared worse than others and only received an average reply rate of 32 percent. I’m actually shocked it was that high. When users wrote out “don’t” and “won’t,” response rates went up to 36 and 37 percent.

3. Don't Not Ask A Question

“Nothing starts a conversation quicker than a question, so do yourself a huge favour and simply ask one,” said The Guardian’s “Soulmates Blog.” “I know this is not marketing school but, like a marketer, you are trying to reel someone in. And just like an ad agency makes a call to action, you can too, by simply asking about an interest or even suggesting a dinner date. Our subconscious tells us that it’s rude not to answer a question so your chances are increased tenfold by just asking.”

I agree. How many times do you get a message from someone, yet they ask you nothing? So, you ask them something (and also comment on one of their pictures or interests you share). Still… nothing. Is it so hard?! I think asking a question is a win-win. How else will you get to know someone? And if he or she isn’t asking questions now, imagine how the date will go…

4. Don't Write The Same Message To Everyone

Katie Heaney wrote a piece for The Atlantic about “How Not to Write an Online Dating Message.” In it, she talked about “The Virus,” the cut-and-pasted message. “What I was not prepared for were the copy-pasters, the virus transmitters, the people who apparently send identical messages (or gently mutated versions thereof) to the owner of every female profile they can find.” Not only did they read as though they were cut-and-pasted, but her friends received the same messages from the same men. End of story.

The EliteSingles blog warned of the same issue. “To make the best impression when online dating, first messages thus need to be original: it’s about making the recipient feel special,” said Sophie Watson.

Instead of words like “sexy” and “beautiful,” in an opening message, opt for ones like “awesome” and “cool,” OkCupid said of that same study I mentioned above. “As we all know, people normally like compliments, but when they’re used as pick-up lines, before you’ve even met in person, they inevitably feel… ew,” said OKC's Christian Rudder.

How About We recommended the same thing in one of their Date Report articles. “Don’t start with ‘I think you’re very pretty,” said How About We's Chiara Atik. “…Especially online, when women may be a little more on-guard, opening with a comment on their physical appearance runs the risk of seeming shallow and off-putting.”

“Remember that you are here to sell yourself; so, rather than illustrating why someone probably won’t message you back, think like a salesperson and show off your best side,” the EliteSingles blog said. There’s really nothing to add to this one, right? I know I’ve read messages from people with self-deprecating humor, but when they’re strangers, it’s not that funny. Instead, I tend to think low self-esteem.

Yes, “please” came up as getting a very low response rate for OKC users… when men used it. It received a 22 percent reply rate, “and in fact it is the only word that is actually worse for you than its Netspeak equivalent (23 percent),” said Rudder. I just did a quick scan of my last dozen online messages and, sure enough, there were a few “please”s in there: “Please let me know,” “Please get back to me,” and “Please write back.” If you think about it, if we’re into someone, we’ll get back to them without being prodded, thank you.

More like this
Are Quality Time & Gift-Receiving Love Languages Compatible?
By Lexi Inks
The 19 Best Tweets & Memes About Bisexual Awareness Week
By Lexi Inks
How To Set Rules If You're In An Open Relationship
By Lexi Inks
Why A Libra & Capricorn Couple Will Have A Difficult DTR Conversation
By Kristine Fellizar
Get Even More From Bustle — Sign Up For The Newsletter