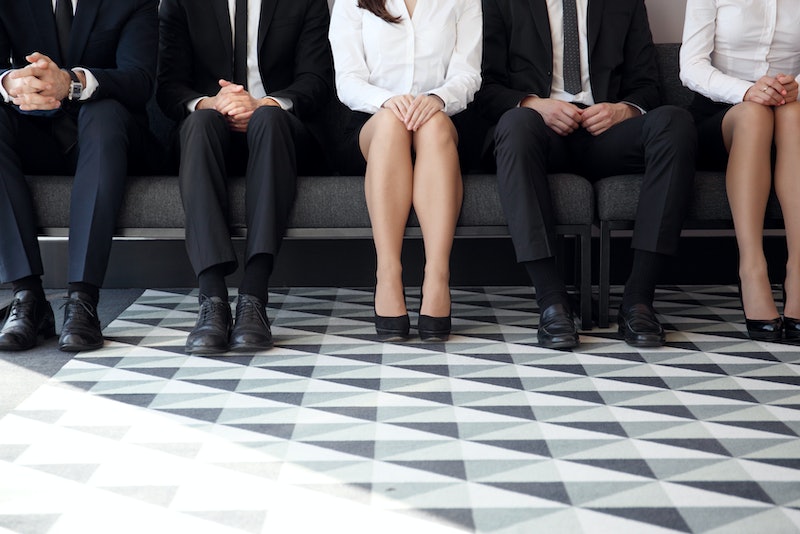 The tropes we see in movies, on TV, and all over the media can affect the way we treat men and women, and the workplace is one place where gender stereotypes often come into play. Because of this, hiring managers often perpetuate gendered tropes in job interviews without even realizing it. Even when we want to create a more equal work environment, the unconscious impulse to treat men and women differently in the workplace is strong.

From a young age, unconscious biases about women in the workplace are engrained in us, and the media doesn't help. When we see women on screen sleeping their way to the top, male co-workers bonding over the objectification of women, and women failing at work because they're too busy with their kids, we start to think that maybe that's how it works in real life.

When a woman comes in for a job interview, treating her any differently than you would treat a male candidate is illegal at worst and insulting at best. A recent survey on Millennials in the workplace by Deloitte found that women are particularly concerned with the culture of potential workplaces, and sexist questions can be a bad sign about a company's culture.

So, here are some gendered tropes interviewers should stop perpetuating if they want more women to work and be comfortable at their companies:

1. The Woman Who Can't Balance Work And Family

On dramas like Desperate Housewives, working while being a mother has been depicted as a constant struggle, which can lead to insensitive interview questions about how a woman will handle the job and whether she will leave when she has a family. Though raising kids while holding a demanding job can be stressful for any parent, the media and the comments people make can perpetuate the idea that mothers can't be as good at their jobs and make women who are fully capable less likely to be hired.

If a woman decides that being a stay-at-home mom is best for her at any given period of time, the stereotypes about stay-at-home moms perpetuated by shows like Suburbia and The Real Housewives can make it harder for women to get back into the workplace. Interviewers may assume that women don't have the skills they left their last jobs with, focus on the time they spent away when in fact they still have a lot to offer, or assume they can't be very ambitious in the first place.

3. The Woman Who Sleeps Her Way To The Top

The media is replete with women using their sex appeal to manipulate men in the workplace. Movies like Legally Blonde, in which a woman gets into law school for including a video featuring her in a bikini in her application, perpetuate this idea that women can't just happen to be attractive or well-dressed and be really good at what they do. This might lead interviewers to assume that an attractive woman candidate did not work hard to get to where she is. It also might lead them to make judgments about her based on her choice of clothing, believing she is more likely to have "slept her way to the top" if she wears clothes that show off her body.

I've heard countless stories of women who didn't get jobs in tech and other male-dominated industries because they didn't have the right "culture fit." This is often a euphemism for not being a young, white man. As Mad Men does not so much perpetuate as critique, workplace bonding activities can be skewed toward this demographic, with conversations and outings centered on objectifying women — some business meetings are even held in strip clubs. This can lead women to be judged more harshly and assessed based on standards that work against them.

Like Sue Sylvester, many of the strong, assertive women in TV workplaces are also the villains, which can contribute to the real-life villainizing of female professionals who go after what they want and don't bend over backwards. Eight-four percent of women in the tech industry have been called too aggressive, according to the survey Elephant in the Valley, which means women are likely being judged negatively in their workplaces for traits that instead gain men respect. This double-standard can work against women who have firm handshakes and strong speaking styles in their interviews, when these skills should really be prized.