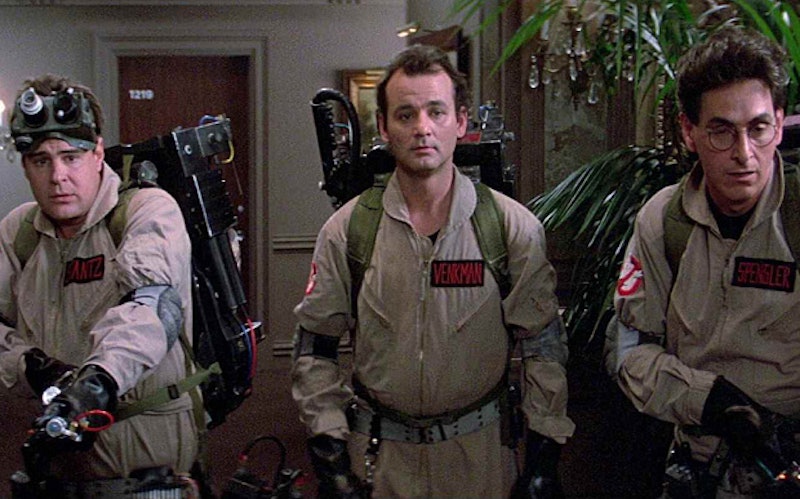 It's been a long, cold, awful winter. Well, not for me since I live in Los Angeles, but I see the news. I have friends in the rest of the country. And it looks like it's been just awful. Luckily, February is almost over, and spring will technically start at the end of March. This means that there's just one more measly month to get through until the temperature starts to creep back up toward something tolerable. So to make the wait easier, I've found the 17 best movies to stream this March on Netflix, HBO Now, Hulu, and Amazon Prime, so regardless of what streaming service you subscribe to, you'll find something new to satisfy you here.

So what kinds of movies should you expect to find here? All kinds! There are acclaimed new releases starring the likes of Melissa McCarthy and Anna Kendrick; some all-time classics, a few cult-favorites, and even the two best films in Bill Murray's impressive oeuvre. That's right, the two best. Not up for debate. So before you pack away your winter clothes and think about spring cleaning, kick back on the couch with a mug of hot cocoa and sit out winter's last gasps with these 17 movies.

Melissa McCarthy is fantastic in this comedy caper, which ended up being a box office smash and one of the best-reviewed films of 2015.

In case you still haven't seen the sequel to the hit musical comedy, now's your chance.

Me, Earl And The Dying Girl

Both funny and incredibly moving, this modern coming of age tale is relatable to viewers of every age.

It's been 20 years since Robin Williams and Nathan Lane teamed up as a gay couple forced to play it straight for the conservative parents of their son's fiancée, so what better way to celebrate than by watching it?

The creators of this cult comedy set up a successful Indiegogo page last year to fund a long-awaited sequel, so remind yourself why that's a good thing by watching the original.

One of the funniest films of all time, and how could it not be when it stars Bill Murray and was written and directed by the late, great Harold Ramis? Also, in case you're wondering, this is the second best Bill Murray movie ever (see below).

Remember Kenan & Kel? Of course you do, and you remember this movie, too.

This was one of the biggest blockbusters of the '90s, back when Kevin Costner was a major Hollywood draw. Also: Alan Rickman.

In case you still have some tears left over from Me, Earl, and the Dying Girl, you can shed some for Zac Efron here.

One of the definitive movies of the '80s, movies don't get much cheesier than Top Gun, but that's what makes it so much fun.

Considered by many to be one of the best comedies ever made, Dan Aykroyd and Eddie Murphy play dueling fishes out of water, the result of a sick bet by a couple of one-percenters.

Philip Seymour Hoffman died far too young, and the talented actor was never more well-received than in this film, where he won his only Academy Award for portraying the Breakfast at Tiffany's author.

007 returns to Hulu after a brief hiatus, with a total of 10 films from the tenures of Sean Connery, Roger Moore, George Lazenby, Timoth Dalton, and Pierce Brosnan.

The best Bill Murray movie of all time, and maybe even the greatest comedy of all time, this supernatural thriller also co-stars Dan Aykroyd and Harold Ramis off a script that they wrote. The sequel is also heading to Amazon, so familiarize yourself with both before the reboot hits theaters in July.

Marilyn Monroe fans take note, as this might just be the star's most-iconic role as it features her immortal subway grate scene.

The End Of The Tour

Jason Segal put out the most acclaimed performance of his career last year playing the late author David Foster Wallace, really showing a newfound range as a dramatic actor.

The cult favorite is disturbing on a number of levels, but good luck looking away from Christian Bale, who is absolutely magnetic as the psychotic Patrick Bateman.

These films hitting the major streaming services in March should be more than enough to keep away the winter doldrums, so make sure your subscriptions are current and pile some blankets on the couch, because it's still going to be at least another month before you'll want to go outside.

More like this
What’s New On Netflix: A Victoria Justice Rom-Com & The Return Of David Letterman
By Arya Roshanian
Here’s Everything Coming To & Leaving Netflix In June
By Alyssa Lapid
After 'Heartstopper' Used This Indie Artist’s Song, Streams For It Soared 8,000%
By Alyssa Lapid
Shocked Fans & Former Co-Stars React To Ray Liotta’s Death At 67
By Grace Wehniainen
Get Even More From Bustle — Sign Up For The Newsletter