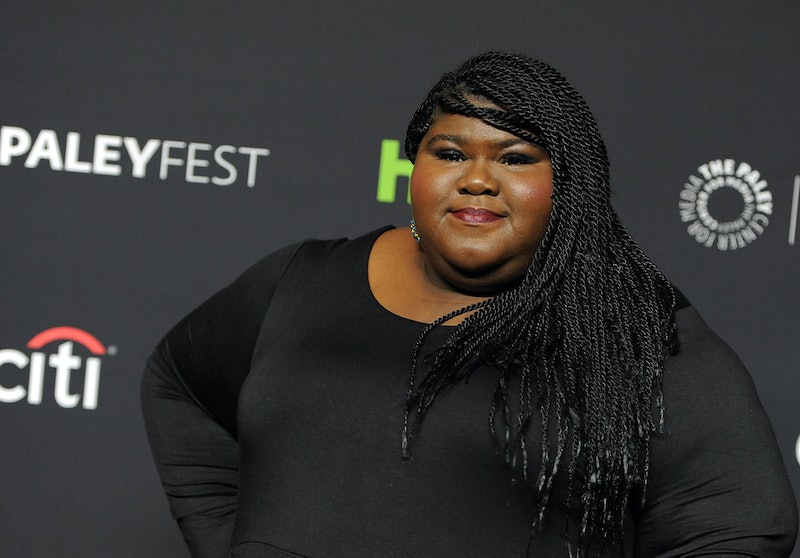 As American Horror Story Season 6 approaches and more casting news is announced, it's getting increasingly difficult to determine what to expect from the upcoming season. And, many fans are hoping that Gabourey Sidibe will return to AHS. But, her participation would lead to a bigger question — Who would Sidibe play in Season 6? The show built its reputation on carrying over cast members between seasons to tackle different roles and tell new stories, but, in recent seasons, it has been experimenting with crossing over characters between seasons — which raises a lot of questions.

Will we see the actor as Queenie in Season 6? Will Sidibe play a familiar character with a new face? Can Ryan Murphy allow her more than just a handful of episodes before killing her off this time? Sidibe adds electricity to every scene she's in, and, while she's certainly busy portraying Becky on Empire, she's an immense asset to the over-the-top camp stylings of American Horror Story. There are several theories online as to what the sixth season of American Horror Story could be about — ranging from summer camp to boarding school to even American Horror Story: Space — but how will Sidibe fit into the picture?

Sidibe has resurrected characters from past seasons before on American Horror Story, and it's likely she could be doing the same thing for the upcoming season. Sidibe's appearance as Queenie in American Horror Story: Hotel was not the first time an actress reprised an AHS role, and it likely won't be the last. Sidibe's Coven character seemed to meet a pretty grisly end in Hotel after being stabbed and drained for her blood, but, in the world of American Horror Story, death is really more of a suggestion than a strict rule.

But, a new character may also be a great chance for Sidibe to show off her talent and remind everyone why she's an Oscar nominee. If the rumors are true and American Horror Story is headed to a boarding school, there are plenty of interesting character types that Sidibe could play. Teacher? Popular student? Unpopular student? Perhaps she'll be the harbinger of a great, mysterious evil that awakens to wreak havoc on the school? It's hard to predict what could appear in an episode of American Horror Story because it has proven, time and time again, to be one of the most unpredictable shows on television.

No matter what form Sidibe might appear in — be it Queenie, Freak Show's Regina, or an entirely new character — Sidibe's appearance would be a welcome addition to American Horror Story Season 6. The actor always portrays her characters with a deep sense of humanity despite the odd and dangerous world that they live in — and she can balance her acting chops with some amazing comedic delivery as well. Sidibe could appear as a ghost for only a few seconds in Season 6, and it would likely leave such an impression that it would be one of the best moments of the season. But, hopefully this time she gets far more screen time than that.