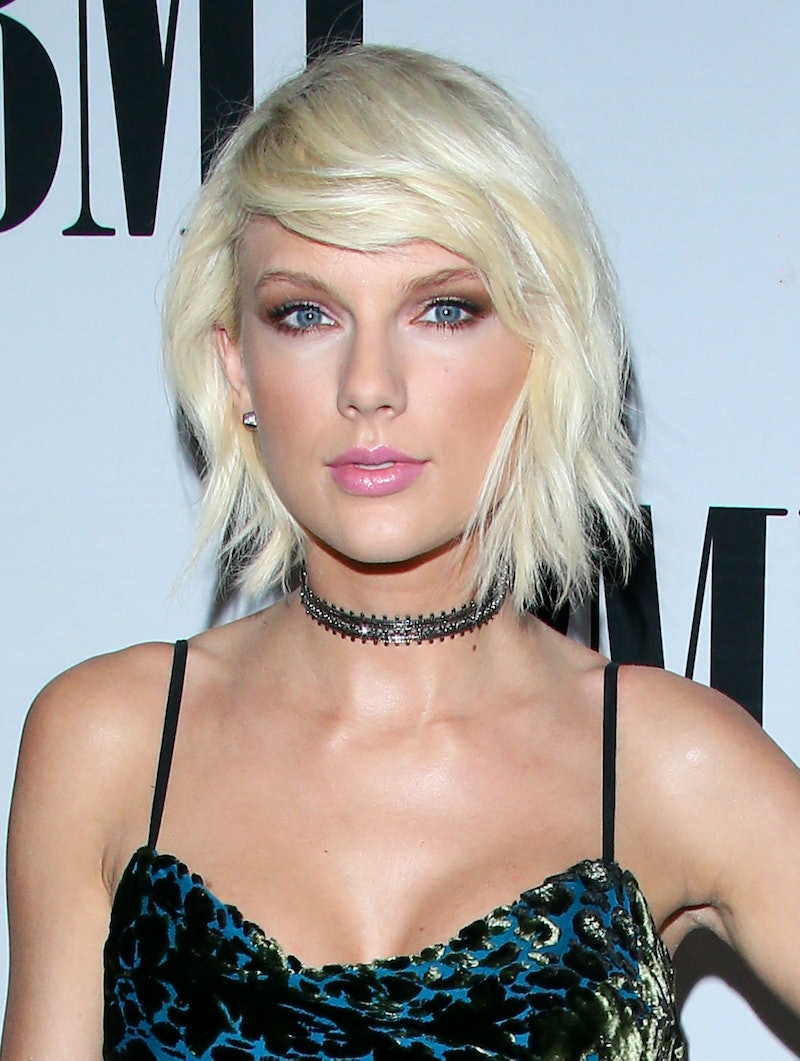 When it comes to pop culture pairs, Taylor Swift and Calvin Harris are absolutely adorable. Ever since they solidified their relationship with a photo on a swan pool floatie, they've been inseparable. Well, actually, maybe "inseparable" isn't the correct term, since Swift and Harris have never posed on a red carpet together. Seriously, take a look back at their major award show moments. You'll see that there are sweet snapshots of her hugging him before heading to the stage, but never a side-by-side glam shot from before an event. Hopefully the 2016 Billboard Music Awards on May 22 changes all of that. I can't help but wonder, why haven't these two made their red carpet debut? It's not like they haven't had ample award shows to pick from.

Back in March, Swift and Harris celebrated their one-year anniversary. That time has been filled with romantic getaways and 4th of July barbecues. She cheered on her boo at Coachella, when he performed with Rihanna. Meanwhile, Harris was there to give the "22" singer a huge hug and kiss at the 2015 Billboard Music Awards. Yet despite all that, they avoided the photogs prior to the event.

Since there seems to always be a method to her madness, I've decided to round up a few guesses as to why Swift and Harris are a little camera shy, at least when it comes to taking glam event photos.

She's Always Got Her Girl Squad

You know that middle-school saying "sisters before misters"? Basically, T. Swift has serious loyalty to her female friends. At the VMAs, she brought her whole girl gang. Meanwhile, she had BFF Selena Gomez by her side at the Grammys.

Their Schedules Are Packed

Swift isn't the only one with a killer career. Harris is a DJ, often traveling around to perform. Perhaps he's too busy to attend. It's unfortunate, but someone as driven as Swift would likely understand.

They're More Into Casual Shots

Maybe these guys would rather be relaxing on the beach in bathing suits than in fancy get-ups on the red carpet. In which case, I can't really blame them.

Someone Has To Watch The Cats

Remember when Harris babysat Swift's cats and it was a sign their relationship was totally purrfect? Maybe he is late to award shows and skips the red carpet, just so he can spend some extra time with Meredith and Olivia.

They're Waiting For The Perfect Moment

When Swift does something, she likes to do it right. It's entirely possible they've been waiting to make their red carpet debut the best it can be.

Fingers crossed that Sunday is when these two finally take over the red carpet. There's no better time than the present, right?