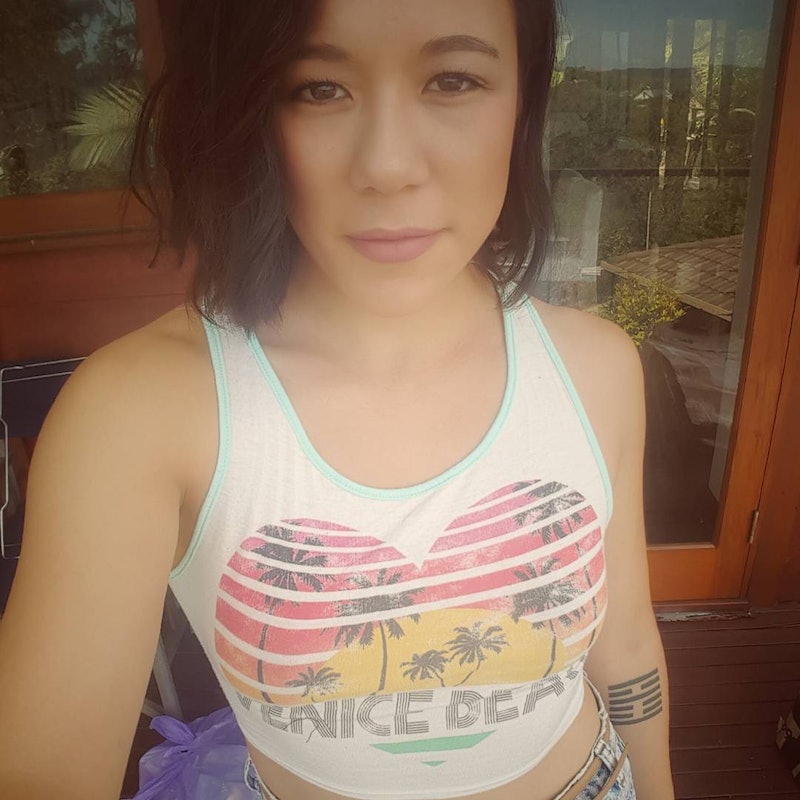 The things people say to us during our pre-teen and teenage years stay with us for the rest of our lives. Unfortunately, we tend to hold onto the not-so-nice memories, and it's no doubt that girls hear more comments about our body and our sexuality from adults during our formative years than boys do. We're told that we're pretty and that we're princesses. Boys, on the other hand, tend to get asked what they want to be when they grow up. This distinct division between the sexes sets us up with a screwed up understanding of gender and sexuality.

Although I've always known I was straight, I was confused about my sexuality for most of my life. I was constantly being bombarded with all these subliminal messages about the dichotomy of femininity and masculinity, and nobody ever really sat me down and told me that it was OK to be a sexual being. As a result, my sexuality was repressed, and I dealt with a lot of guilt (it didn't help that I spent a lot of time in church when I was a kid).

I've since broken out of that uncomfortable phase of my sexuality, but I'll certainly never forget these seven things people said to me about my sexuality that shaped me.

1. "You Should Save Yourself For Marriage"

This was one of the first things anyone ever said to me in regards to sex. Religious teachers and parents alike taught me this, pretty much convincing me that if I didn't remain a virgin until I got married, my value as a woman would drop. It set me up to be ashamed of my sexuality for the next several years of my life; I couldn't even masturbate without experiencing immense guilt that followed me around for days. Even when I found myself in my first healthy relationship with a guy who treated me with respect, I had a hard time expressing myself sexually.

2. "Remember, You Want To Stay Feminine"

For a long time, I was under the impression that you were either masculine or feminine, and that was the end of the story. As a result, I believed I was a bit "boyish" because my body type was stocky, while all the women I saw on TV were tall, lean, and curvy.

To make matters worse, a family member said this to me when I was nearing the end of high school. We were on the subject of marriage and "finding a husband" (ugh), and she suggested I keep myself as "feminine" as possible, or else men wouldn't take to me as easily. I took this to mean two things: that all women had to be feminine in order to be considered sexy, and that I had to slim down to be less manly. So I dieted — unsuccessfully, of course. It took me a long time until I realized that how sexy you are has nothing to do with the shape of your body.

3. "You Don't Want To Make A Reputation For Yourself"

Being slut-shamed is almost a rite of passage for women. It's sad, but true. In some form or another, we're constantly being told how to put our sexuality out into the world. If we have too much sex, we'll be branded promiscuous. If we have too little, we'll be called uptight and unapproachable. It's a lose-lose proposition, and I learned this lesson at an early age.

When I started showing real interest in boys, my mom told me that I was getting "boy crazy." She thought I was talking to too many boys and putting myself out there too much. In turn, I became extremely self-conscious around guys, which followed me into my first year of college. I was scared that if I hooked up with anyone, everyone would know about it.

This one I heard from men, and the culture at large. The message was that we owe men sex and we shouldn't be sensual in any way unless we're going to "put out." Not only did this perpetuate rape culture in a very dangerous way, but it also taught me that my sexuality only exists to please men. It also resulted in my having sex with some guys when my heart wasn't fully in it, because I was young and I believed I was supposed to because I had flirted a little too much. It took quite a bit of time to shake off this hackneyed idea that my sexuality has anything at all to do with what men are looking for.

When you're a teenager, friends can shape you just as much as adults can. I remember telling my friends in high school about a particularly steamy moment I had with my first boyfriend, and one girl in particular openly judged me for it. She insisted that I was acting like a slut, and that I should be embarrassed of my actions. For a long time after that, I couldn't bring myself to do anything sexual with my boyfriend without feeling guilt-ridden about it.

6. "I Guess You're Just More Sexual Than The Average Person"

I heard this once from one of my first boyfriends, who insisted that I wanted to have sex too often. Instead of embracing my sex drive, he would shame me for it, subtly making me feel as if my desires made me less feminine, and more masculine. I badly wanted to be attractive to him, so I suppressed my sexuality in an attempt to be more ladylike. It all caught up with me eventually, though, and I felt like I was living a big fat lie.

7. "Never Feel Like You Have To Defend Your Sexuality"

Obviously, this is the best piece of advice I've ever gotten. When I was battling all the baggage that came with my childhood, my therapist encouraged me to embrace every part of my sexuality, no matter what I was told as a teenager. It's taken a lot of effort since then to actually put this into practice, but I'm glad I did.

These days, I feel less ashamed of my sexual urges. I'm also finally with someone who never judges my sexuality. Instead, he accepts me and does his best to align his desires with mine. More importantly, though, I've learned to speak up for myself and not let anyone else tell me how to go about my sex life. Because it's really none of their damn business.