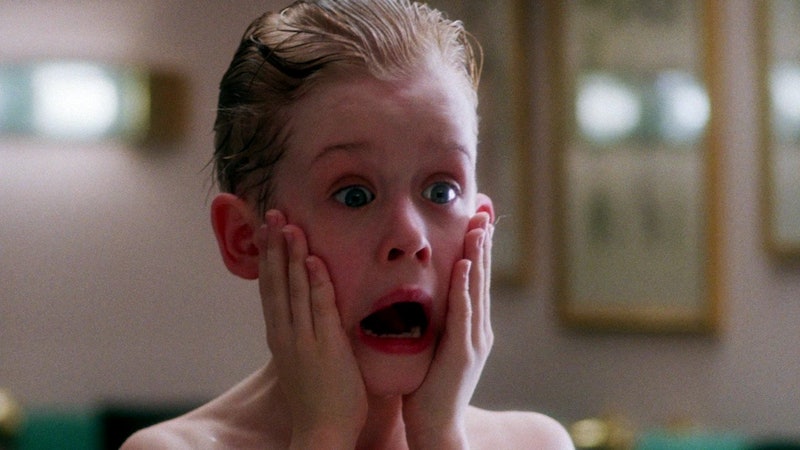 If you ask most people in their 20s and 30s which decade had the best movies, you'll probably get more than a few who say the '90s. The decade in which millennials grew up was the golden age of cinema — or so you've been led to believe. As it turns out, maybe movies in the '90s weren't quite as great as everyone seems to remember. I've uncovered a surprising number of '90s movies with shockingly terrible Rotten Tomatoes ratings. And these aren't films that everyone considers to be crummy movies either, these are some bona fide classics of the decade.

There are all kinds of movies included in this list as well. Of course there are kids movies, which rarely are smash hits with critics. Ditto for some teen-aimed films. There are also mega-blockbusters, cultural phenomenons, and even prestige dramas that I thought would have ridiculously high scores. But every single movie on this list is certified rotten, and it's seriously making me question my taste in everything. Does ice cream really taste good? Are sweatpants even comfortable? Has everything I've ever been told a lie? Take a look at these 33 '90s movies with awful Rotten Tomatoes scores and try not to question your reality.

You're killing me, Smalls, with this way-too-low rating.

Would the critics have preferred Willy to remain in captivity?

Is it possible this isn't the animated classic you remember?

One of the biggest hits of the decade and a holiday staple to this day, I cannot wrap my head around this rating.

I've never met anyone who doesn't love this movie.

I definitely assumed this movie had won Oscars or something. I guess the three hour runtime doesn't help its cause.

It's not a toomah! And apparently it's not a good movie, either.

This may be less magical than you remember.

Looking back, maybe this movie wasn't so great.

I'm always saying I wish Adam Sandler made movies like Billy Madison again. I guess I should stop saying that.

OK, this is too much, I have to say it: Critics just didn't get '90s comedies. This is the funniest movie of the decade.

Apparently the friendly ghost should have stayed in the grave.

Is it possible Eddie Murphy's career dive started earlier than I thought?

Critics couldn't hardly wait for this movie to be over (see what I did there?).

At least it rates higher than the reboots.

I still say it's better than Deep Impact, though.

Looks like Disney's live action reboots weren't the critical darlings in the '90s that they are today.

I guess she wasn't all that after all.

After calling Time Warner to make sure there wasn't a problem with my internet, I can confirm that this is indeed the correct score for Space Jam. I'm speechless.

Steven Spielberg. Robin Williams. Dustin Hoffman. A unique twist on Peter Pan. This all adds up to garbage according to critics.

I don't even know what to say.

One of Ben Stiller's finest performances, I don't know what critics were looking for from this movie.

Society owes this movie a debt of gratitude for making strides in gender equality, but you'd never know that from the lousy RT rating.

We get it, critics, you don't like '90s kids movies about sports.

I'm blown away at how poorly these classic '90s movies were received, and I'm beginning to wonder if any movies from the decade were loved by critics. But that's a list for another day.