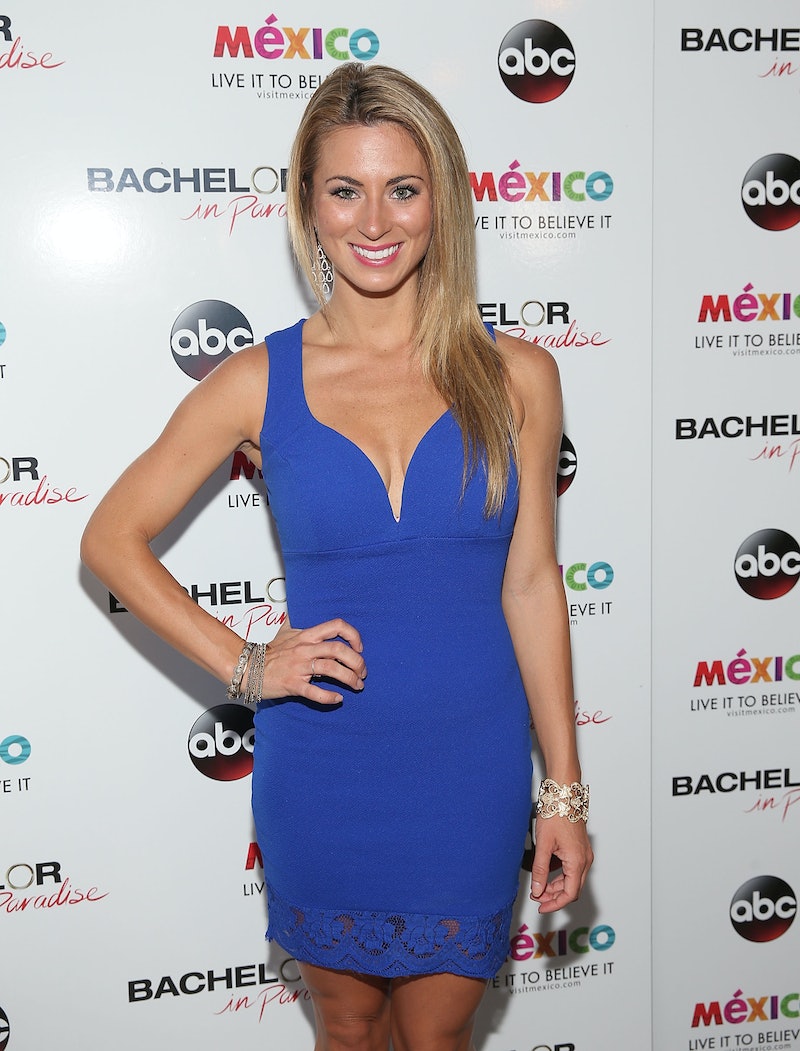 While Tenley Molzahn can't rival Nick Viall's reality TV dating status now that he's becoming the Bachelor, she has had multiple attempts at finding love through the franchise that didn't succeed. Yet, none of that seems to matter anymore as Tenley from The Bachelor appears to be living the good life, according to her social media. Although she hasn't forgotten her Bachelor roots, the endearing performer from Jake's season of The Bachelor (she used to be a Disney princess!) has seemed to find happiness outside of the franchise with a newish boyfriend and a fulfilling career. Tenley is a favorite of Bachelor Nation, but it's nice to see that she is loving life outside of the world of reality TV.

Tenley has been a part of Bachelor shows three times. She was the runner-up on Jake Pavelka's season and had her heart broken when he chose Vienna Girardi. Shortly after, she headed to Season 1 of Bachelor Pad (you know, Bachelor in Paradise's predecessor) and dated Kiptyn Locke from 2010 to 2014. The pair sadly broke up, but Kiptyn is a father now and Tenley has only been positive about her ex to the media. Her third attempt at finding love through The Bachelor was on Season 2 of Bachelor in Paradise, a year after her split from Kiptyn. She dated Joshua, but the pair broke up during the finale. There were also rumors that Tenley was dating Ben Higgins before his season of The Bachelor and might even appear on the show again, but since Bachelor in Paradise Season 2, she hasn't been on any iterations of the dating show.

Since Bachelor in Paradise Season 3 just wrapped up on Sept. 6 and it has been a year since fans last saw Tenley looking for love, here's what else she has been up to since her Bachelor days.

Tenley revealed to the media in February 2016 that she was dating Taylor Leopold. Not familiar with him? That's because the product line manager for the beachy apparel company Reef is not from the reality TV franchise and based on her social media, they still seem to be happily together.

If you've missed Tenley on your TV, don't fret. Based on a couple of Instagram posts, she'll be on Who Wants To Be A Millionaire soon (although no airdates have been announced just yet) with Chris Harrison. The game show has hosted a Bachelor week before and now it will Tenley's chance to show off her smarts and try to win money for charity.

Speaking of charity, Tenley has provided support to the organization Kusewera, which advocates for children's education and welfare in Malawi, Africa. She visited Malawi years ago and Kusewera is the charity that she'll be raising money for on Who Wants To Be A Millionaire.

Tenley became a certified health coach and runs the website Tenley's Sweet & Free Life, which helps promote wellness with gluten-free recipes and a personal blog that covers everything from her travels (more on that in a second), her workouts, and beauty. She also started the company DIY cleanse for juice fanatics.

Getting Her Travel On

Tenley seems to be on the move a lot, according to social media, and she recently went to Iceland with her boyfriend. She blogged about her trip to the picturesque country and if you're a true Tenley fan, you should definitely check out Leopold's Instagram since he captured gorgeous photos of the couple's trip, along with sharing other striking photography that features her.

Recovering From A Recent Injury

For anyone, recovering from an injury can be tough, but a surfboard incident that left her with a laceration on her leg has appeared to really upset the dancer and fitness guru. Luckily, she has that aforementioned boyfriend by her side while she heals.

Hanging With The Bachelor Crew

Not only does Tenley still consider Jared Haibon of The Bachelorette and Bachelor in Paradise Seasons 2 and 3 a friend, if you're in Toronto on Sept. 16, you can catch both of them (and other Bachelor celebs like Robby Hayes) at the Canadian Bachelor event — the Tiff Bachelor Party — hosted through Eligible Magazine. While that is pretty awesome, what's a Bachelor event in Canada without Daniel?!

Although Tenley will always be a part of Bachelor Nation, it's amazing to see her happy and in love even without the franchise.