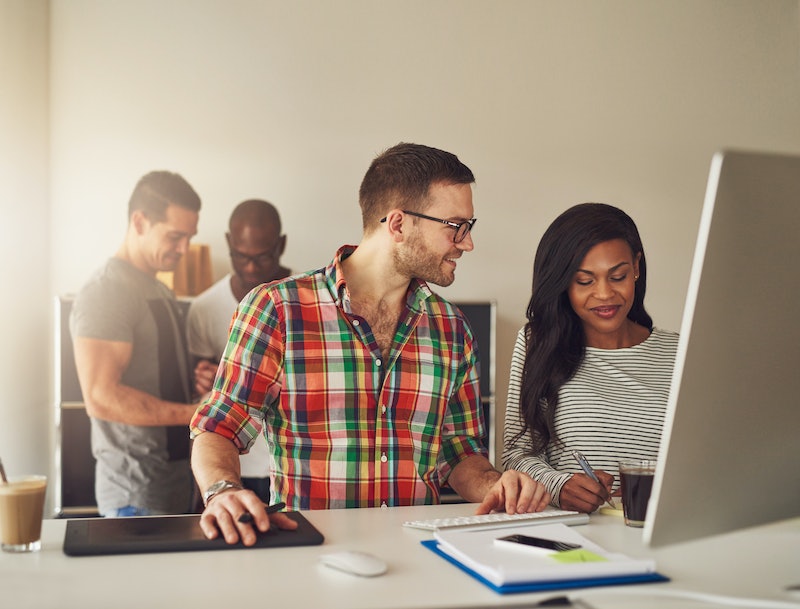 Even though men usually want to be sympathetic about the struggles women face, they don't always understand exactly what these struggles are. In particular, there are quite a few things women deal with at work that some men have no idea about. Sexism in the workplace is more prevalent than many people realize.

I have to admit that even as a woman, I had no idea exactly what women were dealing with at work until I began reporting on news and studies about workplace sexism. Part of this may be that I haven't faced all of it myself, as someone who works from home and mostly with women, but part of it is probably that I didn't recognize the misogyny directed toward me as misogyny. One supervisor, for example, once scolded me for trying to negotiate my contract. I didn't consider it related to gender until a friend asked me, "Do you think he'd have done that if you were a man?" While the answer can't always be known, that is a very valid question to ask in a lot of situations.

Here are a few things women deal with regularly at work that many men may not be aware of.

Being The Token Woman

When you're in a male-dominated industry, there's enormous pressure not to confirm your coworkers' stereotypes about women. If you mess up on a calculation, you get scared people will use it as proof that women are bad at math. If you cry at work, they may take it as evidence that women are sensitive. That's a huge burden to carry: Every move we make is potentially monitored as information about women in general. One study in the American Journal of Sociology found that people produced more of the stress hormone cortisol when they were in workplaces where discussions excluded them, which is often the situation women are in.

Getting Shut Out Of Conversations

The research is pretty unequivocal: Women are more likely than men to be interrupted, spoken over, and shut down in work conversations. One study from the University of California-Santa Barbara found that when men and women spoke, men were responsible for 47 out of 48 interruptions. Another study from Brigham Young University and Princeton found that men took up 75 percent of the discussion in meetings on average, and that women women participated less, they had a smaller impact on group decisions. When you experience that on a daily basis in your work meetings, it's easy to come to believe your contributions are less valuable.

Being Judged By Our Looks

Most men have probably felt some sort of pressure to present themselves professionally, but they may not quite understand what a thin tightrope women are walking. For example, according to a study in the Journal of Social Stratification and Mobility, women who wear makeup to work get paid more. Yet according to a Jobvite survey, 19 percent of recruiters would judge an applicant for wearing too much makeup. Women may get judged for not looking attractive enough, but they also may get judged for looking too sexy. Many women put a lot of thought into getting ready for work in the morning, not because they enjoy it but because their status depends on it.

Getting Stuck With Stereotypical Tasks

Many women get stuck with administrative tasks, social tasks, and supporting tasks while men are assumed to be better suited for leadership roles. In the tech industry, women are sometimes referred to as the "office moms" and disproportionately given jobs like getting food for company events and mediating conflicts. And when it comes to leadership roles, many women feel that they're overlooked. A Fairygodboss survey found that women's number one workplace complaint was being overlooked for promotions.

In addition to not realizing the struggles faced by women in general, many men and women may not realize how much harder this gets when you are a woman of color, a woman with a disability, or part of another group that faces extra discrimination. For example, older women are especially prone to workplace sexism. According to a National Bureau of Economic Research study, older women (but not men) are less likely to get job interviews even if their resumes are identical to their younger counterparts. Whether we realize it or not, there's a lot of work to be done, both for women and for other oppressed groups.