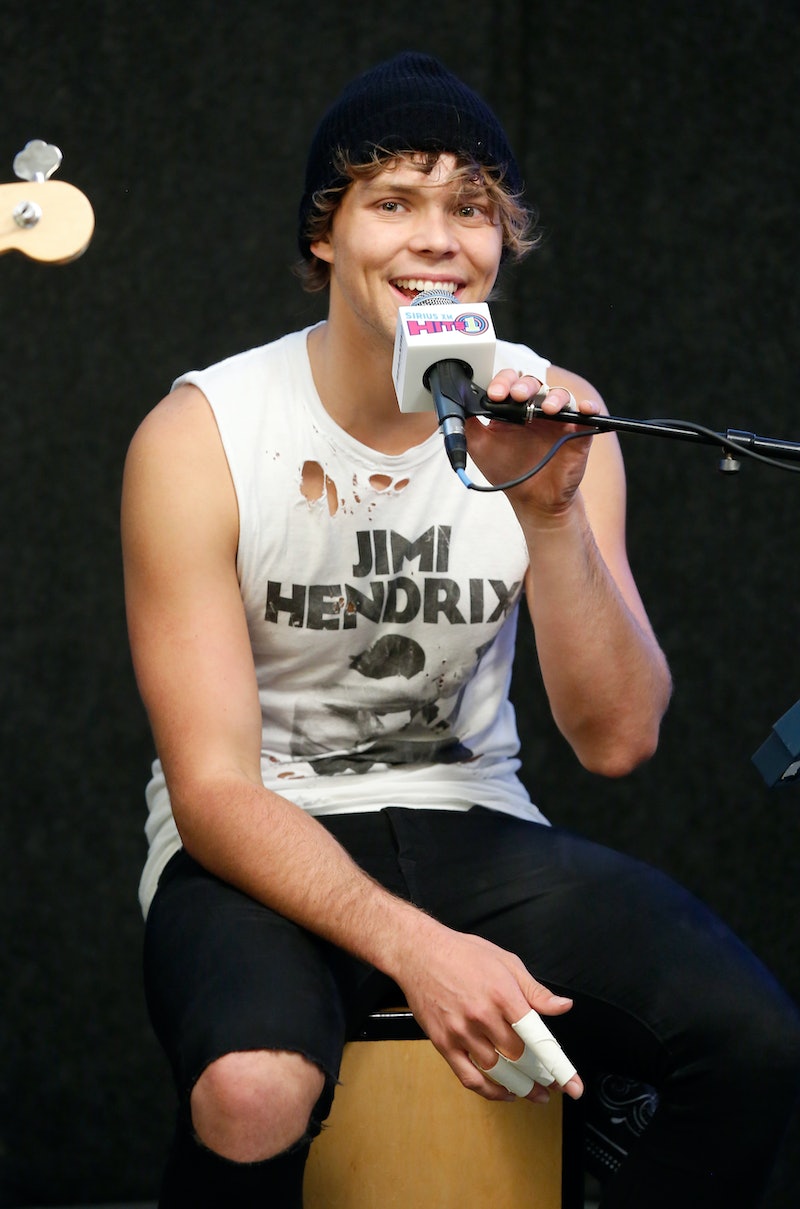 As you've probably noticed by now, 5 Seconds of Summer's success is lasting for more than, well, five seconds of summer. It's nearly fall and they're just as popular! Seasonal jokes aside, this Aussie boy band is poised as the next One Direction (even though they have their differences). So that means the members of the band are the subject of speculation and gossip, especially regarding their love lives. In August, there were rumors that drummer Ashton Irwin was dating Kendall Jenner. Despite those reports, Irwin recently admitted he's still single. So there's good news and bad news — he's not dating anyone, but that's because he doesn't have time for it.

In the interview with We Love Pop magazine, Irwin said,

I'm single right now, but I think anyone would find it hard if they were in a different country every day. I only spent two weeks at home last year and it's really hard to find someone when you move around so much.

Aww, poor Ashton! That must be tough always being on the go. As for those Kendall Jenner rumors? He explained, "I met her in New York with our team, and we just hung out and had a drink. We were walking down the road — there was a whole group of us." However, he did say he finds her very attractive. So hmm, maybe a love match isn't ruled out in the future?

While he's single for now, hopefully Irwin won't let touring make him think dating is impossible. If he can learn anything from One Direction, it's that long distance relationships are doable. There's Zayn Malik and his fiancé Perrie Edwards, who proved musical success doesn't stand in the way of true love. Even Liam Payne is dating Sophia Smith, his childhood crush. Oh, and Louis Tomlinson and Eleanor Calder? They're the cutest.

So, see! Not all hope is lost, Ashton. Keep smiling!

If he finds true love, I'm sure he can find a way to make it work. At the same time, there are probably plenty of 5SOS fans who are happy to find out he's single. To boost his spirits and not lose hope, he should totally check out their recent #50ReasonsWhyILoveAshtonIrwin hashtag — Twitter adores him!