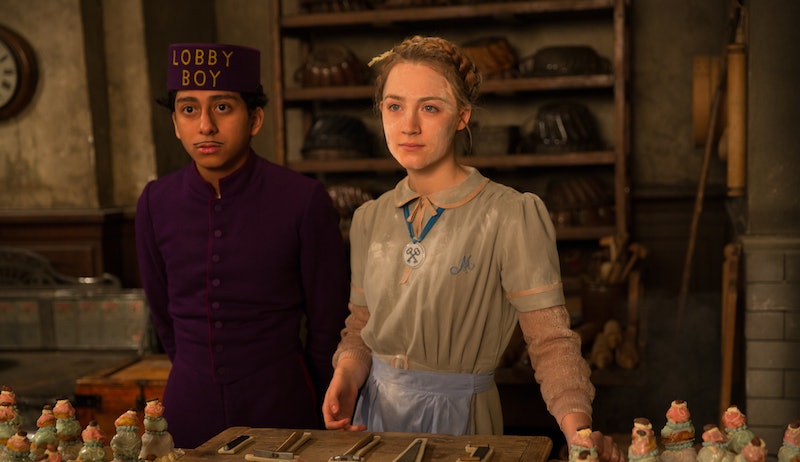 Now that we know all the movies vying for the Best Picture Academy Award, it’s time to determine which movie we want to take home the trophy come Oscar night. For some of us, the decision will be easy, thanks to the luxury of a clear cut favorite of the bunch, and a didactic commitment to quality reigning supreme over all else when it comes to awards competitions. But many of us might find ourselves clouded by a few questions.

Do I really want to champion the creatively inspiring Boyhood over the sociopolitically significant Selma ? Would I rather root for an old favorite like Wes Anderson or a new talent like Damien Chazelle? Am I more comforted by the old Hollywood tradition of outlandish pizzazz or the new Hollywood tradition of formulaic drama? And what about the Redmayne of it all?!

It’s understandable to be caught up in quandaries like these when deciding which movie we most want to earn the esteem and, more importantly, publicity of a Best Picture Academy Award victory, so hopefully the following breakdown will help make the choice a little bit clearer. Run through each of the following motivations behind the boarding of each movie’s Oscar bandwagon and then give the decision a shot — you might find yourself all the more confident that your true favorite deserves the win after all.

Hop on the bandwagon if: You’re enthralled by the story of its production. Richard Linklater, an indie favorite, decided back around the turn of the century to put together a movie that’d shoot periodically over the course of 12 consecutive years, showcasing the growth of an average American boy from age six to 18. The concept alone bleeds innovation, separating Boyhood at the fundamental level from its “standard development” cohorts. That Linklater and his cast (Patricia Arquette, Ethan Hawke, his daughter Lorelei Linklater, and — most crucially — star Ellar Coltrane) stuck it out, crafting this project for two weeks a year for a dozen years, shows off an unparalleled dedication to the idea of storytelling.

Hop on the bandwagon if: You’re a sucker for the wunderkind narrative. Whiplash’s writer/director Damien Chazelle is only 29 years old, and had only one directorial credit and a few scripts to his name when he made this film. Bonus points for the surprise factor of Whiplash’s nomination. It’s inclusion in the Best Picture category was hardly a total shock, but was far from guaranteed… unlike Birdman, Boyhood, The Imitation Game, and The Theory of Everything — half the category.

Hop on the bandwagon if: You really, really, really like Eddie Redmayne. And you’re devoted to the belief that a lead performance is the most essential component of a good movie. I’m not sure anyone really believes that, but if you do, this one’s for you. Just about the only impressive thing in regard to The Theory of Everything is Redmayne’s physical transformation into Stephen Hawking. While a Best Actor victory would be enough to guarantee Redmayne a future with meaty roles, the big win here surely wouldn’t help. So all those unhealthily devoted to the success of young Eddie, here’s your camp.

Hop on the bandwagon if: You think the modern sociopolitical implications of this civil rights feature are too important to go without the apex of publicity. The shamefully snubbed Ava DuVernay’s film about Martin Luther King’s 1965 Alabama protests are so horrifyingly reflective of the contemporary American scope to a point that’s spiritually rattling.

Anyone who spent a post-‘60s or -‘70s childhood learning about King’s conquests for liberation through the lens of American history has had the luxury of a feeling of distance between today’s guaranteed freedoms and the nightmares of the era in question. But national news highlights the episodes of Ferguson and Staten Island as nearly indistinguishable from the events in Selma. If DuVernay’s film can do anything at all to open the nation’s eyes to the backwards travesties running amok throughout the United States today, then it more than deserves an Oscar win, and any other publicity it can muster.

Hop on the bandwagon if: Don’t.

Hop on the bandwagon if: You’re all about spectacle… and a tad overcome by nostalgia. The Oscars of yore were far more amenable to big, broad, lavish productions than they are today — only one musical film, for instance, has won Best Picture in the last 45 years (Chicago, in 2002), whereas the 1960s observed four musical comedies take home the top trophy. But Birdman isn’t just a return to form for Hollywood yesteryear, it’s a comeback for its central star, who satirizes his own rocky career path within the movie. Whether you’re grasping at the showmanship of the early ‘60s or the Batman fever of the late ‘80s, your wistful longing for a time long gone is met by Alejandro Gonzáles Iñárritu’s movie.

Hop on the bandwagon if: You've been singing the praises of Wes Anderson for the past 19 years, and finally want the naysaying mainstream to acknowledge how talented and soulful a filmmaker he truly is (not simply the purveyor of a successful gimmick). Either that or you truly want the best film of the bunch to win.