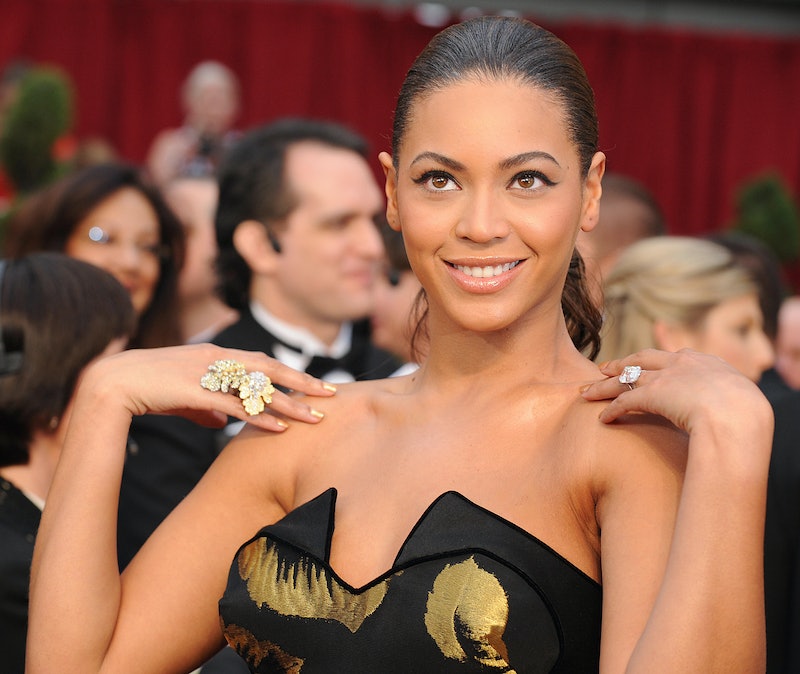 OK, it is safe to say that if you are not a total Beyoncé fan, I cannot trust you; I mean, Beyoncé Knowles (or Queen Bey) is one of the most influential superstars of our generation. From her music to her clothing, Bey definitely has most of our attention. But Beyoncé's hairstyles are what first caught my attention many moons ago.

Ever since I first watched Destiny's Child's "Bills, Bills, Bills" music video, I was hooked on Beyoncé. She was the lead singer who always had the coolest hairstyles that I aspired to rock someday, too. Queen Bey was and remains the Regina George of hair in my life. If I saw her killing a new 'do, I instantly wanted my hair to be the same way. And every time Beyoncé did get a new hairstyle, I would write it down in a little notepad and annoy my mom with a request to visit the hair dresser's.

Unfortunately, trying to keep up with Queen Bey is quite expensive. One week she will be wearing a short, blonde bob, and the next week she will be donning a high ponytail. I don't know about you, but I can hardly afford one monthly trip to the salon, let alone three or more appointments per month.

But even though I cannot keep up with Beyoncé, I can admire her from afar. We all watched her evolve from the lead singer of Destiny's Child into a global superstar, after all. And throughout these major career changes, she has had mega hair transformations as well.

So, here are 13 hairstyles throughout Beyoncé's career that prove that she is the queen of all things locks:

During her Destiny's Child era, Beyoncé was known to often don long cornrows with hoop earrings. Since this is frequently considered a standard "natural black girl hairstyle," I always wore cornrows as a child as well. I guess Bey and I were twinsies once upon a time.

I have a confession to make: I had bangs when I was younger and the decision was based entirely on this photo. Beyoncé had bangs, so I wanted bangs (and I know I am not the only one).

Nevertheless, Queen Bey's time with bangs was super fun. She would wear her hair in either a ponytail — like the photo above — or she would rock her tresses down. The bangs era was a great time for the both of us.

This hairstyle should be considered the official announcement that Beyoncé was becoming queen. Doesn't it just sing royalty? The look is perfect for any formal occasion, and I love how she paired the earrings with the braided bun. I might have to steal this style for my next formal event. Please don't be mad, Bey!

I remember when Beyoncé was first seen with micro braids because a few weeks later, most girls at my middle school had them, too (not kidding). If you ask me, it was Bey who aided in the popularity of this once highly popular natural hair look among young black women. I even had micro braids once (or twice)! Queen Bey was young and free with her micro braids, and inspired teen girls to strive for the same.

When Beyoncé announced that she was "Crazy In Love," she also introduced a new hairstyle: The wavy, honey blonde 'do. Queen Bey is the definition of "gone with the wind fabulous" (RHOA pun), and I am certainly a fan of it.

I must say, this is one of my favorite Beyoncé hairstyles of all time. In my opinion, you can't go wrong with curly locks, and this hair color complements her skin tone beautifully. Also, this is essentially my go-to 'do, and since Queen Bey and I are imaginary sisters, I want us to be twinning all the time.

When Beyoncé went this dark, she seemed to me to be completely transformed into a new person (Sasha Fierce, perhaps). Although she did not stay dark for long, I love how she was able to switch from one end of the color wheel to the other and kill every shade along the way.

8. Blonde On The Top, Brown At The Bottom

An extreme version of dip dyeing, this hair color trend actually makes me sad. Lamentably, I colored my hair like this in high school because of Queen Bey (she basically controls my life, if you cannot already tell). This was the pre-ombre era, otherwise known as "time to ruin your tresses." So those particular throwback photos aren't ones I think fondly of.

Even though I am not a fan of dip dyed hair, I am a complete lover of the low side ponytail that Beyoncé rocked while announcing her pregnancy with (my niece) Blue Ivy (yes, I said niece). Bey always wear ponytails so elegantly — often with huge diamond earrings — and the look always appears effortless.

As always, Beyoncé had all the people chatting about her new hairstyle at the 2014 Grammy Awards. The waxy, blonde bob was a fun new look and a step above the basic "bob" of yesteryear. Plus, Queen Bey always looks fabulous with blonde hair, which I'm guessing is why she chose a blonde bob with dark roots.

"Surfboard, surfboard." OK, I am done singing Beyoncé's hot single, "Drunk In Love" now. Bey arguably started this wet-look hair trend and I still do not know how to feel about it. Of course, she looks flawless with her wet bob, but I would probably imitate a wet dog if I tried to replicate the style. Keep riding that surfboard, Bey!

Bey is the queen of a lot of things, including the middle-part. Throughout her evolution of hairstyles, Beyoncé has always gone back to a middle-part, and I understand why. The look is always so sleek and simple, yet never looks boring (at least not on her).

"A queen is never late. Everyone else is simply early." While that is a quote from Princess Diaries, I believe that Queen Bey follows the sentiment. She is the celebrity who comes to red carpet events later than anyone, but always make a grand appearance when she does arrive.

This high ponytail was the talk of the town (or perhaps of Twitter and Instagram) when it surfaced. Everyone wanted to create the glam high pony for their next formal event or even for the work day. Some believe that Beyoncé was channeling the "soon-to-be queen" from the film Coming to America. But no matter who she was imitating, Bey officially proved that she will always be the queen of all hairstyles.

More like this
The Secret To Taylor Swift’s Fringe, According To The Experts
By Orla Pentelow
Why Sarah Jessica Parker Wanted Fans To Stop Calling Her Hair Choice “Brave”
By Brad Witter
Kim Kardashian Chopped Her Platinum Hair Into A Lob
By Olivia Rose Ferreiro
Regé-Jean Page On The Art Of Power Napping
By Paris Giles
Get Even More From Bustle — Sign Up For The Newsletter