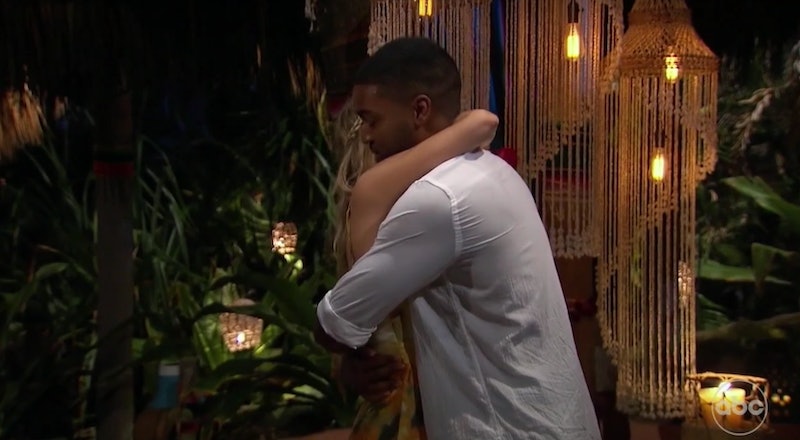 Amid all the drama on Bachelor in Paradise, an unlikely couple apparently formed: Kendall Long and Ivan Hall, who were spotted kissing during the Sept. 14 episode to the surprise of literally everyone watching. “KENDALL AND IVAN, SINCE WHEN??” one shocked fan asked on Twitter. Added another: “Did I just see Kendall and Ivan making out?!? Hey producers: Why are we just glazing over this?!?”

This is a stark departure from when Kendall originally arrived on Paradise and made a beeline for ex Joe Amabile, who she dated for nearly two years after meeting him on the show in Season 5. Upon hitting the beach, she expressed to him that it was hard for her to let go of their relationship, but Joe reiterated that they’d broken up for good reason: he wanted to live in Chicago and she wanted to live in Los Angeles, and neither of them were willing to budge. While he went on to continue pursuing a relationship with Serena Pitt, Kendall evidently struck up a connection with Ivan, who offered his rose to her during the third rose ceremony. But amid the controversy with Chris and Alana and then Brendan and Pieper, fans didn’t get to see the two’s romance develop...well, at all.

Some speculated that Kendall wasn’t really that into the relationship, and their presumptions may not be unfounded: Kendall recently posted an Instagram photo with Blake Horstmann, an infamous BiP alum. However, the picture was taken during a group hangout, so it’s unclear if the two have anything more than a friendship.

Meanwhile, Ivan’s future on BiP doesn’t seem all that promising either. Rumors that he’s dating Heather Martin from Colton Underwood’s Bachelor season began circulating after they were seen together at a birthday party in California, but that was in April, before BiP started filming. A source at the party told E! News that they two “looked really cute together” and had plans to hang out again, but they haven’t been spotted together since.

Ivan recently teased his relationship in a “This or That” video on TikTok. When it came time to choose between “Taken” or “Single,” he refused to answer and walked squarely in the middle. So we’ll definitely have to wait until the end Paradise to see if he found love. Before then, though, can we at least see how he and Kendall got together?